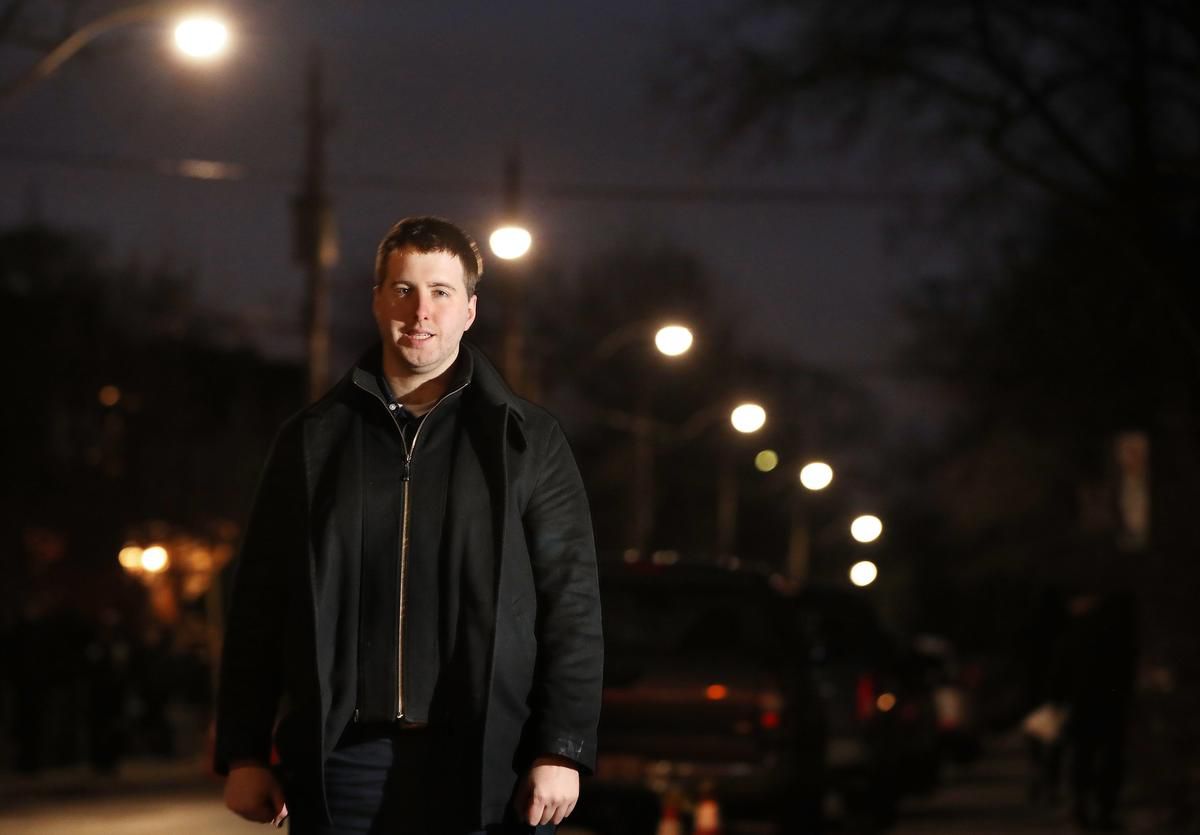 Twenty-six-year-old Ian Sinclair has found the perfect basement apartment in the west end.

It’s close to transit, with its own entrance. He even gets along well with his landlords, who happen to be his parents.

“Essentially I’m their basement tenant but not paying rent,” says Sinclair, who works full-time in the public sector. He moved back into the house he grew up in near Runnymede Station after graduating university in 2017.

“I definitely feel fortunate and privileged,” he says of his situation. “I have many friends from school whose parents aren’t from the city so they didn’t have a choice.”

As Toronto’s housing crisis continues, experts are seeing a new divide taking hold among the younger generation: those who can live with their parents — and save for a down payment — and those who can’t.

The highest percentage is found in one of the city’s wealthiest communities, Bridle Path-Sunnybrook-York Mills, where a whopping 75 per cent of young adults are sticking with mom and dad.

“I see living with parents as a form of privilege,” says University of Waterloo assistant professor Nancy Worth, who studied the issue in a 2017 report called GenY at Home.

Worth said living at home is also increasingly being seen as a smart financial move that sets younger people up for success, rather than the old stereotype of the “lazy millennial” trapped in their parent’s basement delaying adulthood.

“It’s sort of introducing a kind of inequality within a generation, rather than just across a generation.”

The trend is not only about money, Worth says, as many boomer parents and millennial kids have a closer relationship than previous generations. Precarious work also pushes people back home, as it’s hard to lock into a 30-year mortgage or even a yearlong lease on a six month contract.

But without affordable housing options for younger people, it’s the family who steps up, and that impacts who is able to then save and buy future real estate, she says.

“If you can’t give your kids $50,000 but you can give them their room back, especially in your large single family home, you’re essentially giving them a savings of rent which can be quite significant in a place like Toronto.”

“It’s quite common through the Bridle Path because the homes are so large and extravagant,” he said, noting there are even a few multi-generational homes in the neighbourhood, with features such as separate entrances, designed for grandma and grandpa as well as mom and dad and adult kids, Cohen notes.

“Why not live in the lap of luxury?”

The lowest rates of young adults living at home are in neighbourhoods along the waterfront and financial district, like Niagara (4 per cent), and the Bay Street corridor (7 per cent), where smaller, newer, condo units make multi-generational living crowded.

In a city where the average detached home costs about $1.3 million, according to the Toronto Real Estate Board, and the average rent for a one-bedroom apartment is now more than $2,000, say figures from market research firm Urbanation, cost is the biggest factor for many.

It certainly was for Sinclair, who’s saving the “tens of thousands of dollars a year on rent, at least,” for a future down payment, by living with his parents in the west end.

But there are other reasons for living with mom and dad, such as taking care of a sick parent, or coming from a culture where it’s more accepted, says Spinks.

Amani Tarud, 24, who grew up in Chile and has Middle Eastern heritage, says it’s normal and even encouraged for young single people to live with their parents there.

“It’s a very North American ideal that you have to leave once you turn 18,” she says.

Tarud lives in a two-bedroom apartment near Yonge and Eglinton with her mom, twin teenage sisters and the family dog. She graduated from the University of Toronto last June but is sticking around as long as she can to save a nest egg for rent and work on paying off her student loan. Even though it means sharing a bedroom with her mom.

“Does it get in the way of social and romantic life a little bit? Yeah sure, but it’s not terrible by any means at all.”

Tarud, who is working in child and respite care, says a place of her own would be way out of reach financially. And there are perks such as being able to take care of each other when they get sick.

“If I have to live with a roommate it might as well be here, because at least it’s someone that I get along with,” she says.

Urban planner Cheryll Case lived with her parents in the Etobicoke neighbourhood of Kingsview Village The Westway (where 49 per cent of single adults aged 20 to 34 do the same) for a year after graduating from Ryerson University.

She too feels lucky she was able to save up “a good cushion” for rent before moving into a townhouse with her boyfriend and a roommate.

But, she notes, there are many neighbourhoods where if you want to remain in the area the only real choice is to stay in the house you grew up in, because of a lack of affordable housing.

Building more “missing middle” units across the city, lowrise apartments and townhomes that are a more affordable alternative to the two extremes of highrises and single detached homes, would help with supply issues, she says.

Where to Eat in Old Montreal