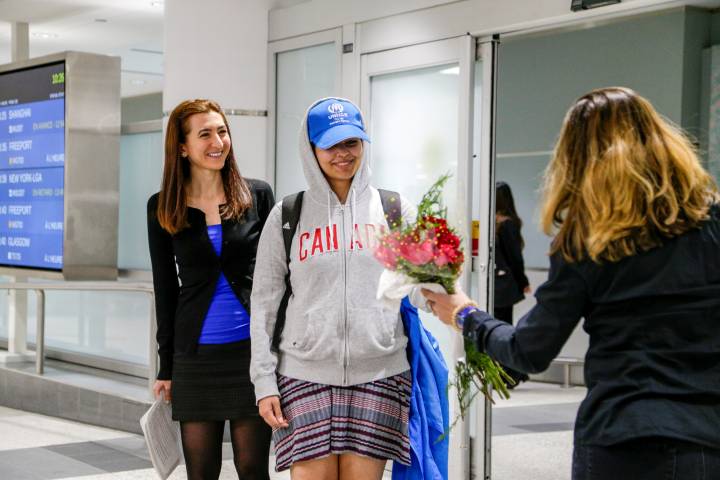 Canada did the right thing by granting asylum to Saudi woman Rahaf Mohammed Al-Qunun but should take steps to ensure that the case doesn’t cause irreversible damage to relations with Saudi Arabia, says Canada’s former ambassador to Riyadh.

Dennis Horak has first-hand knowledge of the two countries’ testy relationship, having been expelled from Saudi Arabia in August in the wake of Canada’s criticism of the kingdom’s detention of women’s rights activists.

That relationship faces renewed challenges following Canada’s decision to grant asylum to Al-Qunun, the daughter of a Saudi governor, who fled Saudi Arabia and accused her father and other male relatives of abuse.

The 18-year-old arrived in Toronto on Saturday after resisting her family’s attempts to have her returned to Saudi Arabia from Bangkok, where she barricaded herself in an airport hotel room and launched a Twitter campaign to plead for asylum.

“I think [granting her asylum] was the right thing to do but it’s going to have an impact in Saudi Arabia in terms of their views towards Canada. They’ll see this as yet another example of our ‘interference’ in their internal affairs,” Horak told Global News.

“If we make her a political football to use this case to bash the Saudis to make our point on Saudi human rights, I think that would exacerbate the situation even further. And it wouldn’t do her any good either.”

Horak said that while it’s inevitable that the Al-Qunun case will worsen tensions in the short term, Canada could mitigate the damage by maintaining an open line of communication with Saudi Arabia.

“I think at this point, it’s time to let her settle in and then work and talk with the Saudis and explain to them why we did what we did, and perhaps that can mitigate some of the damage that may occur,” said Horak.

The case has also sparked concerns about possible Saudi retaliation against the 20,000 Canadians who live in the Arab world’s richest country.

Last month, two Canadian men were arrested in China amid tensions between Ottawa and Beijing over the arrest of Huawei CFO Meng Wanzhou in Vancouver.

Michael Kovrig and Michael Spavor remain in Chinese custody after being arrested on suspicion of spying and endangering national security.

Horak said it’s unlikely that Saudi Arabia would resort to similar tactics, although he stated that Canadian expats in the kingdom might encounter other difficulties.

“In my view, a lot of the Canadians that are there are doing valuable work, so I don’t think I would see them being arrested for example as we’ve seen in China,” he said.

“They may encounter — and I think some have already since the summertime — difficulty with things like visa renewals or contract renewals… or if they’re looking for new jobs with other companies, Canadians may not be the preferred citizenship for prospective employers.

“But I wouldn’t be overly concerned about arrests and things.”

Horak said it’s vital that diplomatic relations don’t become strained to the point that Canada and Saudi Arabia shutter their embassies in each other’s territories.

“That would certainly not be in Canada’s interests and I don’t think that’ll happen,” he said, although he cautioned that “overreaction cannot be ruled out” on the part of the Saudis.

A man stands outside the Canadian embassy in the Saudi capital Riyadh, Aug. 7, 2018.

It’s possible that Al-Qunun’s case will spur a renewed examination of guardianship laws, Horak said, although he warned it could also spark a conservative backlash, with families further tightening restrictions on daughters.

As far as Al-Qunun’s future goes, Horak said it’s important to let her take her time to settle into Canadian life rather than force her to become a mouthpiece against Saudi human rights abuses.

“I think she needs to have time to settle in and if she decides down the road that she wants to be an activist and be very vocal on this, that’s great,” he said.

“But that should be up to her and not something that we push her into.”

— With files from Grant MacDonald

Readers have lots of ideas for Ontario Place redevelopment