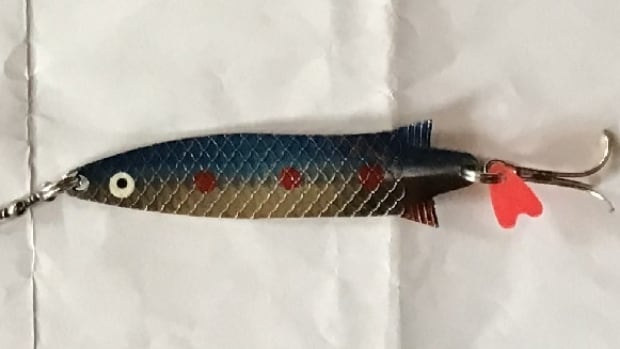 Debrah Theissen’s fish tale is more accurately a fish licence tale — an absurd story of a missed flight, random rules, a marriage certificate, and, yes, a brand new fishing licence bought in desperation by a Kelowna woman who has no intention of going fishing. Ever.

It all started with the job action at Canada Post.

Theissen’s new driver’s licence was stuck in the mail which was a problem because she was booked to go visit her 82-year-old mother in Winnipeg over Christmas. 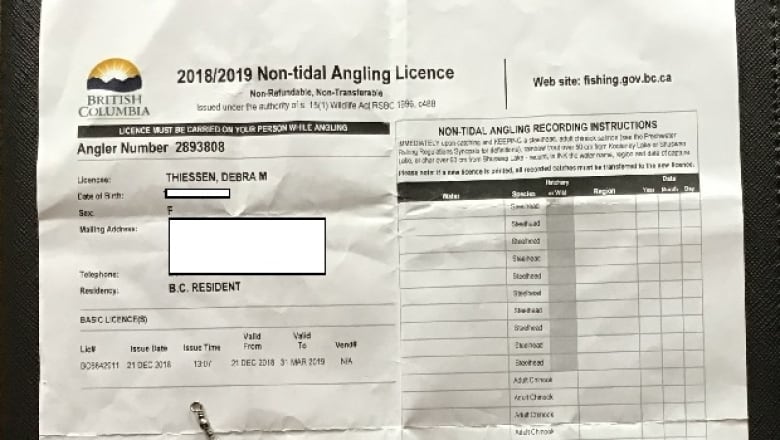 The fishing licence WestJet helped Debrah Theissen secure so she could get on a plane to Winnipeg to see her elderly mother. (submitted by Debrah Theissen)

Without that driver’s licence, she had didn’t have the valid photo ID required to board her flight.

When she phoned WestJet, she says, it told her no problem, she could use two pieces of government-issued non-photo ID instead.

So, she dug up her marriage licence. Along with her temporary driver’s licence, Theissen assumed she was good to go.

WestJet, as it turns out, doesn’t accept marriage licences, something Theissen found out the hard way when she tried to check in for her flight.

Surprsingly, she says she was told by the agent the airline would accept a valid fishing licence.

A second surprise followed. Theissen was told she could get said fishing licence right in the Kelowna airport.

A helpful WestJet supervisor escorted her to the commissionaires office.

There, Theissen was set up on a computer where she filled out the online fishing licence application, paid $36 and immediately printed her brand new B.C. 2018-2019 Non-tidal Angling Licence. 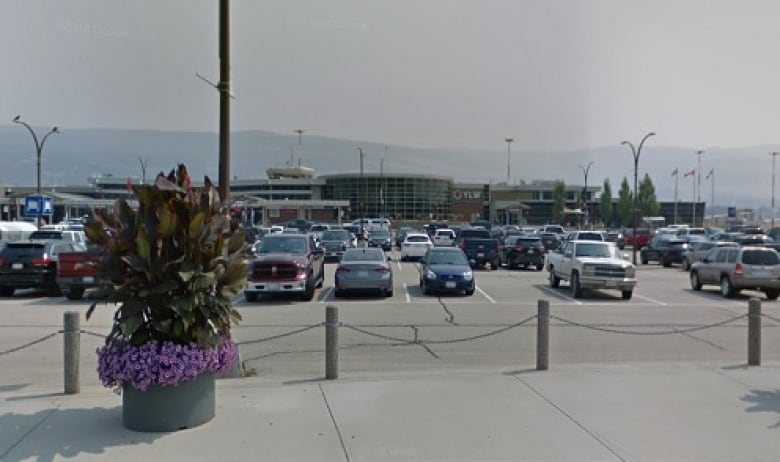 Fishing licences can be obtained at the Kelowna Aiport with the help of WestJet and the airport commissionaires, according to Theissen. (Google Street View)

Unfortunately, in the minutes it took to secure the critical document, boarding for her flight was halted and Theissen was forced to reschedule.

One day later, fishing licence in hand, she sailed through security without a snag.

One month later, the weirdness of it all still doesn’t sit right.

« It’s maddening, » said Theissen. « I could have plugged in any information for the fishing licence … there’s no verification. To me, that marriage licence is a lot more of an official document than a silly little fishing licence. »

Her husband is equally incredulous.

In an email, WestJet said: « In our effort to assist this traveller, the guest was advised of additional ID options that met the Transport Canada’s requirements, » although fishing licence does not appear on the Public Safety Canada website the airline references, nor does it appear on the WestJet website.

Although the ordeal meant missing a day of vacation, a special Christmas gift captures the humour of the situation.

« A family member gave me a fishing lure, » she said. « I thought that was hilarious. »

Freeland to meet with family of Edith Blais, who’s been missing in Burkina Faso since Dec. 15