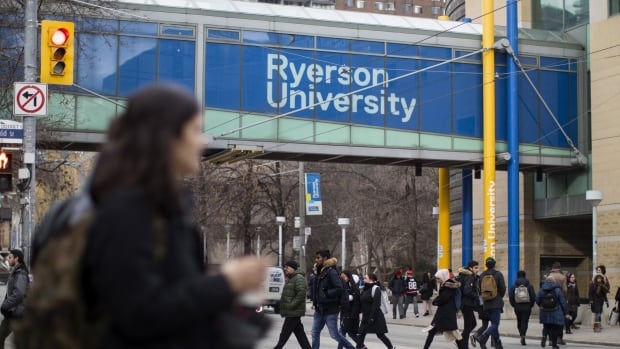 Student organizations say the Ontario government’s decision to allow college and university students to opt out of the fees that fund campus groups, student newspapers and clubs will make the province’s post-secondary institutions less transparent.

The change to fee payments was announced Thursday alongside other reforms to higher education that included scrapping free tuition for low-income students and imposing an across-the-board tuition fee cut.

Merrilee Fullerton, the minister of training, colleges and universities, said some fees — including walksafe programs, health and counselling, athletics and recreation and academic support — will remain mandatory.

She said each institution will be tasked with deciding which of these additional fees are deemed essential and which students can choose to bypass.

« These fees often get allocated to services students do not use or to support organizations they do not support, » she said. « In most cases, students do not have a clear understanding of what these fees are paying for or any choice about paying them. This must change. »

Fullerton said she believes there are many programs that haven’t been deemed essential that students will consider important and support.

Several student groups expressed concerns that colleges and universities would be determining the fate of organizations meant to hold school administrators and the provincial government to account.

« What’s really scary is that I feel like this is a direct attack on the groups that actually try to hold the government accountable when it comes to student issues, » she said.

‘They may well have to shut down’

Canadian University Press, a national co-operative owned and operated by student newspapers across the country, said campus newspapers rely heavily on student levees and may not be able to function if students opt out en masse.

« Without that source of revenue, they may well have to shut down, » said Emma McPhee, CUP’s vice-president.

Aside from job losses, there would also be a huge hit to transparency at the post-secondary level, she said.

« Without student associations, there is no one to hold institutions accountable for decisions surrounding fee increases, programming, or strategic plans, » said the group’s president Brittany Greig.

It would be a shame if some campuses were to suddenly lose … the campus paper or radio station.– Emmett Macfarlane, University of Waterloo

Students could also lose access to transparent academic appeals, services such as on-campus food banks and breakfast programs, and scholarships as well as student employment opportunities, she said.

Former premier and current Liberal legislator Kathleen Wynne said the fee changes would weaken student governance and student voices. « It looks like there’s an attempt to make sure that there is no student activism on campus, » she said.

Emmett Macfarlane, an associate professor of political science at the University of Waterloo, said the changes to student fees are likely to appeal to the Tory government’s base.

« The policy idea is very attractive to conservatives because the ancillary fees are an additional, compulsory tax on attending university, » he said. « If you are a student who doesn’t like the politics of the Canadian Federation of Students and you see that some of your fees are going to the body, now you’ll not be required to pay that. »

Macfarlane said the fee opt-out could have « unintended consequences » depending on how universities are required to implement the policy.

« What happens to the vibrancy of student life on campus without some of the institutions and institutional supports that they have? » he said. « It would be a shame if some campuses were to suddenly lose … the campus paper or radio station. »