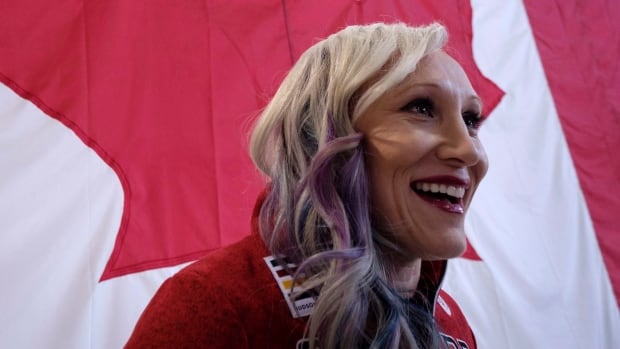 Kaillie Humphries is breaking her silence about why she isn’t competing in bobsleigh this year.

Speaking exclusively to CBC, Humphries revealed she has filed a harassment complaint with Bobsleigh Canada.

« I found myself in a position where my workplace environment was impaired and I couldn’t compete. I filed it before the season and so I can’t talk too much about all of the details and how it goes. Currently the investigation is still going on. »

Humphries did not reveal what type of harassment she is alleging.

In a statement emailed to CBC Sports, Bobsleigh Canada Skeleton spokesperson Chris Dornan says the organization is aware of the allegations.

« This is a highly confidential case. Out of respect to all parties involved, and the process, we will not be commenting further on this matter until the investigation is complete. »

Stepping away from bobsleigh

At the beginning of October, Humphries took to Twitter, saying she was stepping away from bobsleigh competition for the year. At that time, the three-time Olympic medallist did not provide any details why — she now says it’s directly because of the harassment investigation.

« It definitely it took months for me to build up the courage, for me to have that strength, that internal strength to come forward. I’m a strong person, » Humphries said.

« But until you’ve been challenged with this scenario, such as the one that I have found myself in, you never really know how you’re going react to it. It took months to build up the courage to be able to talk about it. »

This is the first time in Humphries’s career she’s not competing. She’s a two-time Olympic champion and was named the 2014 Lou Marsh Award winner as the top athlete in Canada. She says after every season she takes time to evaluate how the year went. When she started to critically look at last season, she realized something went really wrong.

In an interview with Road to the Olympic Games host Scott Russell, the two-time Olympic women’s bobsleigh champion explains why she is taking the year off from competition. 2:40

« I worked very closely with a sports psychologist, somebody who I personally had sought out and who has helped me. I talked to a psychologist every single week [and] we broke down last season, » she said.

« I can no longer be silenced because of other people’s actions. And I spent all last year doing that without knowing that that’s what I was doing. It feels really bad. It feels really wrong. You’re not truthful. »

‘It can happen to anybody’

Humphries says this has been one of the most challenging times in her life, as she continues to train, wondering when she might return to competition at the completion of the investigation. There is no timeline for that to happen at this point. She says she will not return if changes aren’t made.

She’s under no illusions about just how big of a step it is to move forward with this harassment case.

From the cute to the strange, Pierrefonds vintage market showcases unique items – Montreal