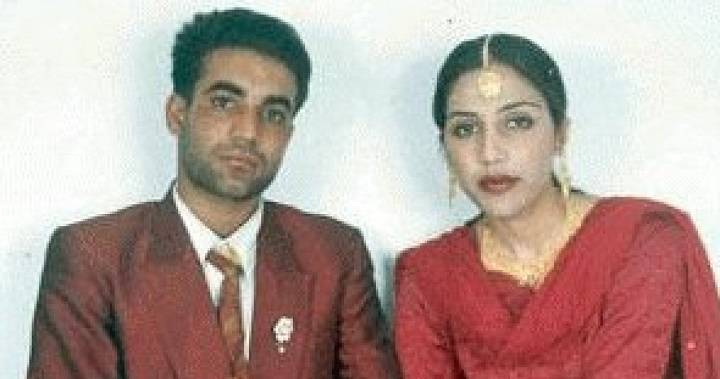 Two Canadian citizens accused of arranging the murder of a Maple Ridge woman in India 18 years ago have been extradited to that country to face trial, according to media reports.

Jaswinder (Jassi) Kaur Sidhu, 25, was kidnapped and murdered in the Punjab in 2000, allegedly for defying her family and marrying a poor rickshaw driver in secret.

Her mother, Malkit Kaur Sidhu, and uncle Surjit Singh Badesha, were accused of masterminding the so-called honour killing and hiring hit men to carry it out.

Sidhu and Badesha were nearly extradited in 2017, but a last-minute court ruling kept them in Canada for a further hearing.

The pair’s lawyer had argued that they would face torture if extradited to India, but last month, the B.C. Court of Appeal denied an application for a stay of proceedings.

On Thursday morning local time (Wednesday night PT), the pair were escorted to India by RCMP and were taken into custody by Punjab police, according to the Hindustan Times and Babushai.com.

Global News has not been able to independently confirm the extradition with Global Affairs Canada, Punjab police or the RCMP.

They will face charges of conspiracy to commit murder, however, no trial date has been set.

Jassi’s story dates back to 1994, when she travelled to India with her family and fell in love with Mithu. The pair stayed in touch, and wrote letters to one another in the years that followed.

She travelled to India in 1999 and the pair were secretly married.

That same year, her uncle began attempting to arrange her marriage to a wealthy businessman who was 60 years old.


READ MORE:
A timeline of Jassi Sidhu’s life and death

Jassi’s family discovered the secret marriage, and the following year she signed a notarized document saying she was coerced into the wedding.

However later in 2000, after telling RCMP officers her family was threatening her over the marriage, she flew to India where she told police that she had been forced to disavow the marriage.

On June 8, 2000, Mithu was allegedly warned by Jassi’s mother that she will make him disappear. The young couple was attacked by a group of armed men while riding a scooter later that day.

Her body was found with her throat slit the following day, and police alleged that her mother gave the execution order by phone from Canada.

Seven men, the alleged assassins in the brutal killing, were convicted in 2005.

-With files from Rumina Daya and the Canadian Press