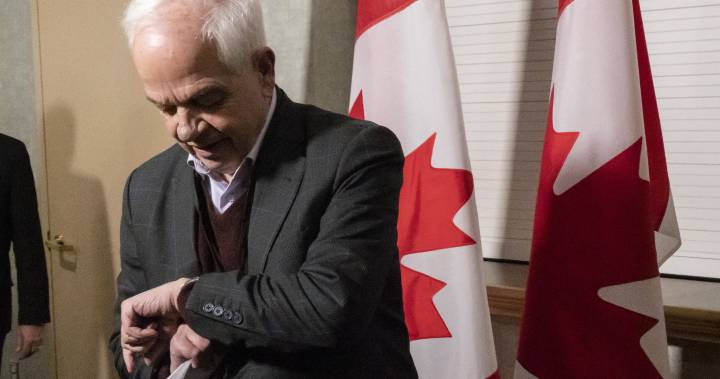 The firing of John McCallum as Canada’s ambassador to China represents an opportunity for the two countries to reset their relationship, according to a former diplomat.

Prime Minister Justin Trudeau said Saturday that McCallum had been told to hand in his resignation hours after he was quoted saying it would be “great for Canada” if the U.S. dropped its extradition request for Huawei executive Meng Wanzhou.

McCallum’s firing left Ottawa’s strategy for navigating tensions with Beijing in disarray; it came days after the former immigration minister and Liberal MP said he misspoke in telling Chinese-language journalists that Meng had arguments that could aid her legal fight against extradition.

READ MORE: McCallum out as Canadian ambassador to China after comments on Meng extradition

“It’s an opportunity to reset the relationship. We’ve now got the opportunity to put in a new ambassador,” Colin Robertson, former diplomat and vice-president of the Canadian Defence and Foreign Affairs Institute, said on The West Block on Sunday.

“I think we should also be pushing for a new Chinese ambassador because some of the comments that he’s made about white supremacy are just off the reservation,” Robertson added in reference to ambassador Lu Shaye’s accusation that Canada’s calls for the release of detained Canadians Michael Kovrig and Michael Spavor were driven by “Western egotism and white supremacy.”

Robertson said the appointment of new ambassadors could pave the way for more fruitful engagement, and that the Canadian government should “impress upon the Chinese that we’re prepared to engage with them.”

However, the first priority is getting Kovrig and Spavor released and convincing China to mitigate the death sentence handed to convicted drug smuggler Robert Lloyd Schellenberg, Robertson added.

In the wake of McCallum’s resignation, Jim Nickel, deputy head of mission at the Embassy of Canada in Beijing, will represent the country in China as charge d’affaires effective immediately, Trudeau said.

Canada’s strategy is being closely watched by Western allies such as Australia and the U.K., Robertson said, “because they could be in this same situation so that’s why they’re banding behind us.”

But he acknowledged that, ultimately, Canada is in the middle of a spat between two far more powerful players in the U.S. — which is seeking Meng’s extradition — and China.

“I don’t think much is going to happen until the China-U.S. relationship is sorted out and, of course, we’re through this extradition hearing with Meng Wanzhou,” Robertson said.

— With files from the Canadian Press