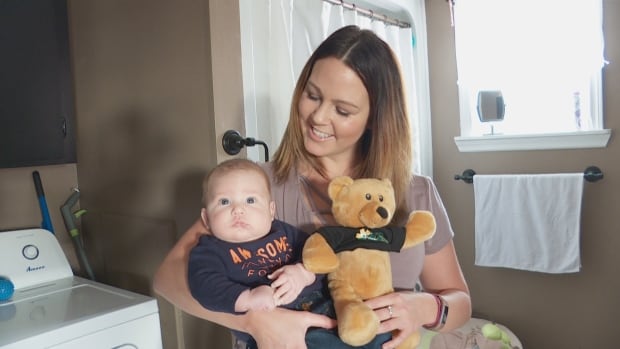 Santana Courtney always thought that she would give birth to her first baby in a hospital surrounded by doctors.

Instead, she ended up delivering her baby in the bathroom of her home with a 911 dispatcher helping over the phone.

Courtney was expected to go into labour on Oct. 23 last year. When it still hadn’t happened a week later, she went to the hospital to have her labour induced.

Doctors told her it could still take a few days so Courtney went back to her home in New Perth, P.E.I. But it was only a few hours later that Courtney started to have contractions.

« I didn’t realize they were contractions because he’s my first kid and what people told me was different from how my body was, » Courtney said.

About an hour later, Courtney’s contractions became so intense she started to push. She made her way into the bathroom and had the father call labour and delivery services.

They told the soon-to-be parents to call 911 immediately.

‘It was really intense’

They were connected with Vicky Blacquiere, a communications officer with Medacom Atlantic. Once Blacquiere assessed the situation, she quickly realized paramedics wouldn’t make it in time to bring Courtney to the hospital.

Blacquiere was on speaker phone. The father said the baby’s head had started to show.

« It was really intense but it was great, » said Blacquiere. 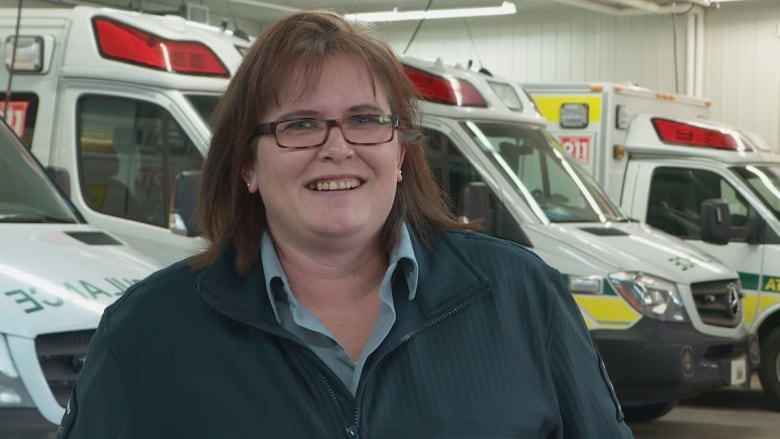 Medacom Atlantic communications officer Vicky Blacquiere says the phone call with Courtney was the first time she had to help deliver a baby. (Nicole Williams/CBC)

Over the next few minutes, Blacquiere guided the parents through the rest of the delivery using EMS protocol.

« Honestly, the couple was amazing, » she said.

‘I was just in shock’

It was only about five minutes later that Courtney’s son, Cameron, was born.

« I was just in shock. I wasn’t saying too much. I just kept looking at him down on the floor like, ‘Oh my goodness,' » said Courtney.

But the work wasn’t over quite yet. Courtney and Cameron were still attached by the umbilical cord. Blacquiere told the parents they would need to find a string to tie the cord.

« I didn’t say anything and [the father] just ripped off his shoelace and tied it with that and I just waited there until the paramedics came, » Courtney said.

It was the first time Blacquiere had helped deliver a baby and the first time Medacom Atlantic had coached a delivery from start to finish over the phone.

« For me it was amazing. As soon as I heard that baby cry it was like a flush of relief, » Blacquiere said. 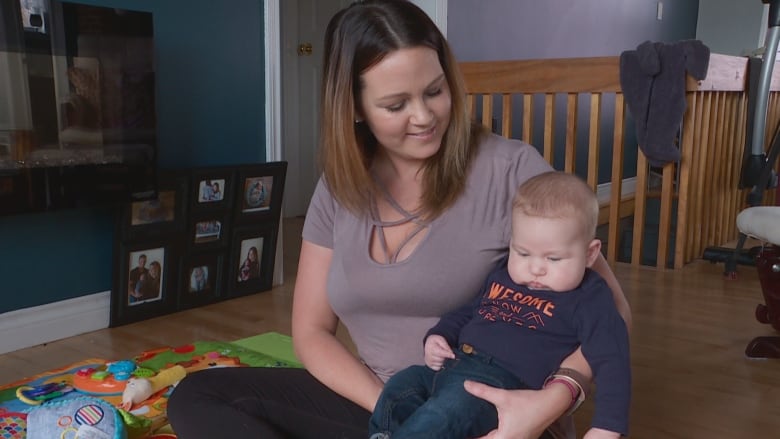 Courtney says doctors had attempted to induce labour at the hospital earlier in the day. She was back at home when she started to have contractions. (Nicole Williams/CBC)

« The baby was healthy and breathing. It was just a sigh of relief. »

Paramedics eventually arrived and cut the cord. They took Courtney and the baby to the hospital where he was given a clean bill of health.

Meeting for the first time

Last Friday, Courtney and Cameron visited the Medacom Atlantic office to meet Blacquiere for the first time. Cameron was given a teddy-bear and a onesie to mark the occasion. Courtney was given a copy of the transcript of her 911 call.

« That felt good. Felt like … a piece of the missing puzzle was there, » said Courtney. 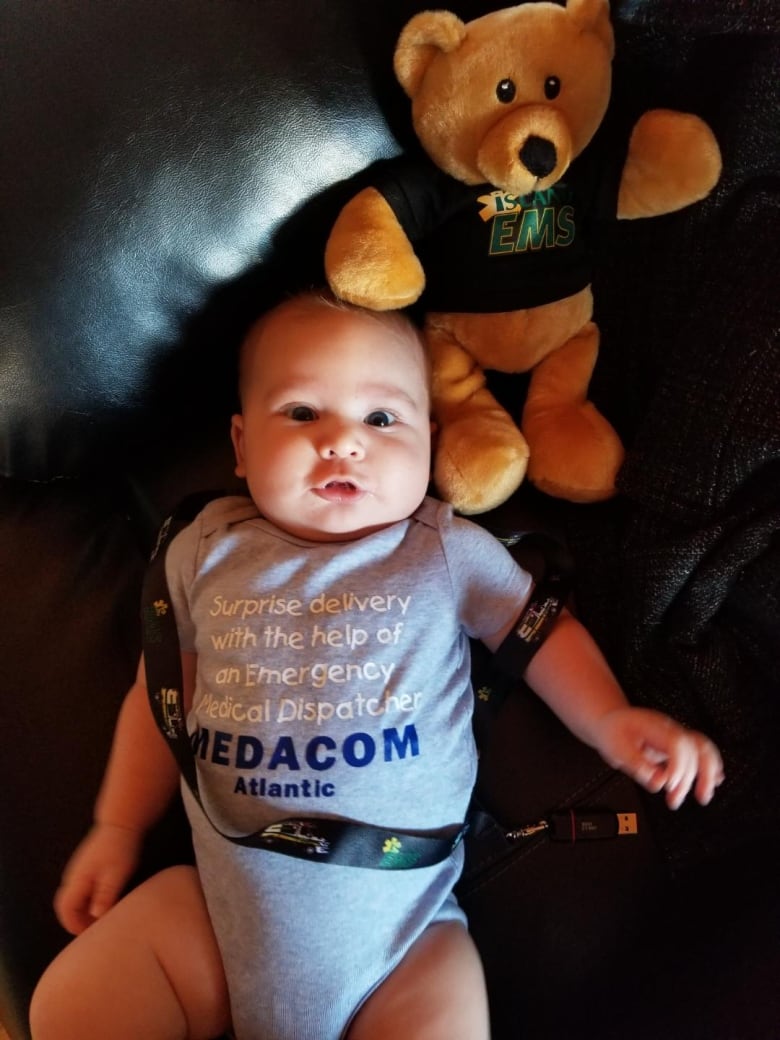 Courtney brought Cameron to the Medacom Atlantic office on Friday so they could finally meet Blacquiere in person. Cameron was given a onesie and teddy bear to mark the occasion. (Submitted by Santana Courtney)

​The new mom said she’s excited for when Cameron is old enough to hear about the day he was born. For Blacquiere, the call is something she’ll never forget.

« We deal with everything from motor vehicle accidents and cardiac arrests. For me the baby birth made my day. [It] makes this job worthwhile. »

Bystander shot during attempted robbery of Kingsway holistic store – BC