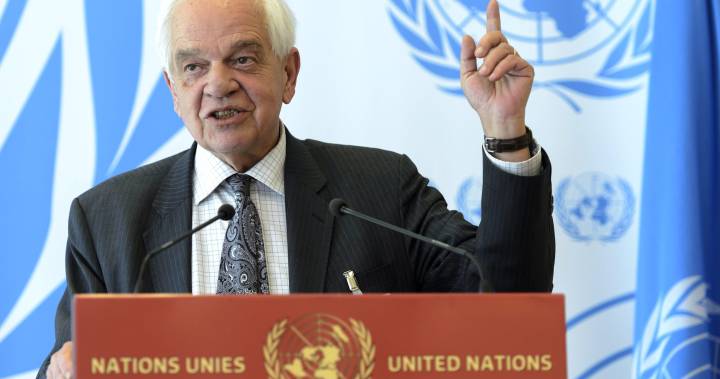 The employer of a Canadian man detained in China expressed confidence Sunday in the Trudeau government following the firing of ambassador John McCallum, a positive glimmer in an otherwise grim post-mortem on Sino-Canada relations.

The support came as the government faces a mixed assessment of the fallout of being caught in a trade war between two global giants – the United States and China. The Liberals will also be facing the sharpened political knives of their Conservative and NDP opponents when the House of Commons resumes on Monday for its first sitting in a pivotal election year.

McCallum was replaced by his number two in Beijing, a career diplomat who is viewed in some quarters as everything the former Liberal cabinet minister turned out not to be – a circumspect, by-the-book envoy who knows how to navigate Asian politics while keeping his mouth shut in public.

Jim Nickel, who was McCallum’s deputy at the Canadian embassy in Beijing, was put in charge of the mission in China as charge d’affaires. His first order of business will be to continue to push for the freedom of two high-profile Canadian detainees and trying to get a third imprisoned Canadian off death row.

A spokesman for the International Crisis Group, where Canadian diplomat Michael Kovrig was working on a leave of absence, said it has confidence in the way in which the government is trying to win his release.

“We’re in close contact with the Canadian authorities. We trust them to pursue the best strategy to secure the release of Michael Kovrig,” Karim Lebhour, spokesman for the International Crisis Group, told The Canadian Press on Sunday.

The organization isn’t commenting further because it doesn’t want to do anything to jeopardize Kovrig, who was arrested more than a month ago along with Canadian entrepreneur Michael Spavor on vague suspicions of violating Chinese national security.


READ MORE:
McCallum out as Canadian ambassador to China after comments on Meng extradition

The arrests came after Canada detained Meng Wanzhou, a top Huawei executive, on Dec. 1 at the request of the United States, which wants to extradite her on fraud charges.

McCallum opined twice last week on the Meng case, even though he apologized for misspeaking the first time, sowing further chaos in Canada’s relations with China, and raising concerns about the government’s efforts to win the release of Spavor and Kovrig.

McCallum was fired after he told the newspaper StarMetro Vancouver it would be “great for Canada” if the United States dropped its extradition request for Meng.

WATCH: China’s Ambassador to Canada should be removed: Robertson

There were mixed assessments Sunday of the damage caused by McCallum’s remarks, but Nickel, who is now Canada’s interim representative in Beijing, was viewed as a solid bet to undertake the diplomatic repair job that must now take place.

Having a career diplomat at the helm in China instead of a former politician is a better bet, said Fen Hampson, the head of the global security program at the Centre for Governance Innovation in Waterloo, Ont.

“The role of an ambassador is to convey messages from your government, not to write the script or go off script as McCallum did,” said Hampson, also a professor at Carleton University’s Norman Paterson School of International Affairs, where Nickel graduated in the late 1980s.

Hampson described Nickel as a “smart career diplomat who knows exactly what his brief is, and he will not vary from it one inch. He is rock solid in that sense.” He is also highly skilled in Asian diplomacy.

Nickel did not respond to an interview request from The Canadian Press on Sunday.

News of McCallum’s firing was not well received in China, said Lynette Ong, an associate professor with the University of Toronto’s Munk School of Global Affairs and Public Policy.

Ong said McCallum was viewed as a friend to China even before he came up with several arguments he thought could help Meng’s legal fight against extradition. She’s not sure whether Nickel will be seen the same way.

She pointed to an editorial in the government-owned China Daily newspaper, which praised McCallum’s comments about the Meng file.

“Although what he said is 100 per cent true, his words seem to have fallen on deaf ears at home. Those who had attacked McCallum should feel ashamed of themselves,” the editorial reads.

“Trudeau’s firing of the ambassador shows how sensitive Ottawa is to the pickle it has got itself into at the behest of the U.S.”

McCallum’s firing complicates Canada’s efforts to win the early release of the detainees, said Yves Tiberghien, director emeritus at the Institute of Asian Research at the University of British Columbia.

“One thing that he had achieved was gaining some trust from the Chinese side, which is critical for a diplomat,” said Tiberghien. “We are back to square one on this.”

Roland Paris, a University of Ottawa professor who was Trudeau’s first foreign policy adviser, said the damage caused by McCallum will be limited and could “even strengthen Canada’s position because it demonstrated the government’s resolve. It’s important not to give Beijing any reason to believe that its pressure tactics are working or will work.”

But he said the government needs to quickly appoint a new ambassador to keep the focus on helping the detainees.

This is Toronto’s most-ticketed parking spot