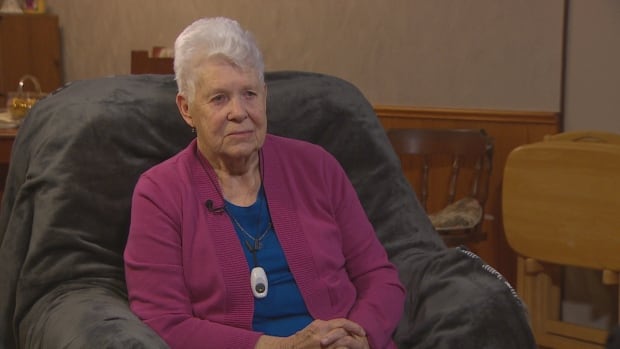 An 83-year-old Oxford, N.S., woman who used the medical alert device she wears around her neck to call for help after men broke into her home says she scared off the home invaders.

Willena Payne was asleep on Dec. 9 when she was woken up by a loud bang around 1:30 a.m. She heard male voices going down into the basement of her home, and then coming upstairs toward her bedroom door.

« And this man was standing in the door into my bedroom and I just looked down and I said, ‘And who are you?’ And he just whirled around and started hollering, ‘Go, go, go, go, go!’ And you could hear footprints running and they disappeared, » Payne told CBC News.

Payne said at first, she wasn’t sure if she was dreaming. She went out to the porch and turned every light on and saw her back door was wide open.

It was then Payne realized someone had broken into her home. She tried calling a relative, but because it was so late, no one picked up. 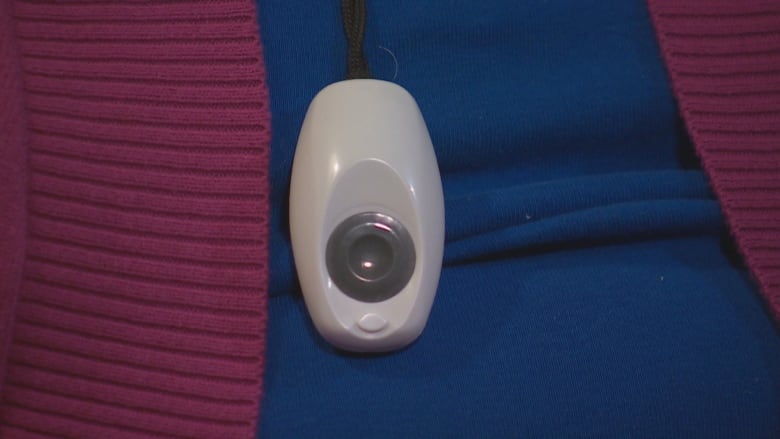 After home invaders broke into her home late one night in December, it was too dark for Willena Payne to see the phone to call police. She said her medical alert device helped get help to her house fast. (Eric Woolliscroft/CBC)

« And I was standing right beside the phone when I pressed it. And she called me, the [dispatcher], and she said, ‘Are you all right? Do you need help?’ I said, ‘I’m all right, but somebody just broke into my house.’ And of course by then my voice was getting all shaky and weak. »

Payne said she wasn’t sure how many people were inside because she wasn’t able to see them, but said there were at least two and their voices were male.

« I scared them off, scared them to death I think because he just whirled around and started running and all I could hear were these footsteps running and they went out the door, » Payne said.

In the snow outside, police saw tire tracks leaving the woman’s home. Later that day, during patrols in the area, they saw the same tire tracks pulling in and out of several other driveways. There was also a break and enter reported.

« It’s pretty clear what the intent of these individuals was, however this particular lady, I don’t believe the suspects realized that she was home and I don’t think they would have tried to get into her home if they knew she was there, » said Clarke. « At any rate, she’s very lucky.

« I’ve never heard of someone using a medic alert device to contact 911 before, but in this person’s case it was absolutely the best thing for her to do. »

The RCMP are still investigating and Clarke said they hope people will come forward with information.

Payne said her son told her later she was lucky she didn’t get hurt. She said she never even considered that possibility.