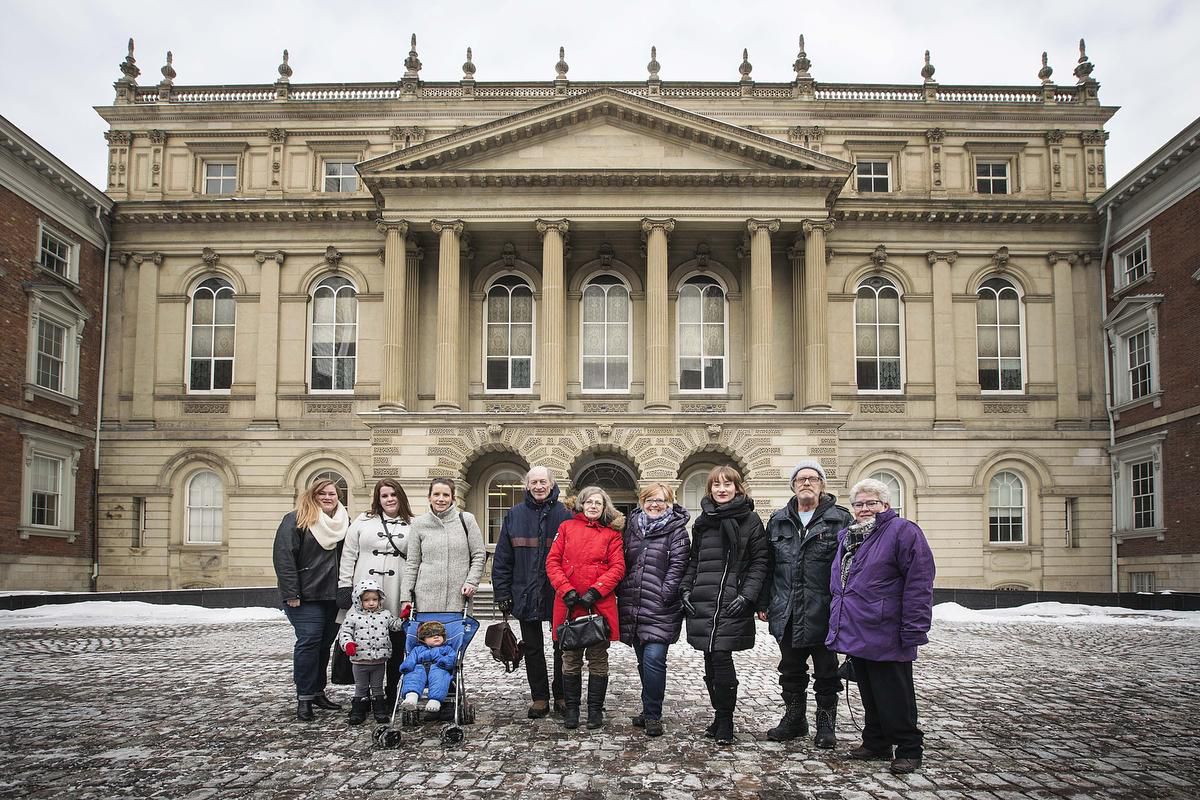 Ontario Superior Court justices blasted the Ford government Monday for saying participants in the now-cancelled basic income pilot project were wrong to expect the study to run for three years.

Despite signing documents that said they would receive income for “up to” three years, it was not a “guarantee of three years,” government lawyer Christopher Thompson argued before the three-judge panel being asked to overturn the decision to kill the project.

But an incredulous Justice Fred Myers took aim at Thompson’s legal parsing of the English language.

It was one of several testy exchanges between the justices and government lawyers who argued the courts do not have the power to overrule policy decisions or force governments to spend money.

Under the three-year initiative launched by the previous Liberal government in April 2017, about 4,000 people in the test communities of Hamilton-Brantford, Thunder Bay and Lindsay were to receive up to $16,989 annually. Couples were to get up to $24,027 while individuals with disabilities were eligible for a $6,000 top-up.

The goal was to see if regular payments with no strings attached would give people living in poverty the security and opportunity to reach their full potential.

It was also studying whether a basic income would be a simpler and more economic way to deliver social assistance than the current demeaning and rule-bound system.

Although cabinet policy decisions may be supreme, Perry urged the justices to consider the government’s ethical responsibility to human research subjects in the study.

When Social Services Minister Lisa MacLeod pulled the plug July 31, the government left vulnerable participants in the dark for a month before informing them their payments would continue until the end of March this year, as part of a wind-down plan, Perry noted. That was a full year earlier than originally planned.

The government signed a research protocol with an independent ethics board to oversee the study, a move that committed the government to abide by certain ethical behaviour, he said.

But despite the government’s agreement to seek the board’s approval for any changes to the project, no approvals were sought, nor granted when it ended the initiative, Perry said.

Instead, when the ethics board rejected the cancellation and “wind-down plan,” the government “fired” the board, Perry told the court.

Thompson argued cabinet’s policy decisions can’t legally be fettered by research ethics boards or any other unelected entity. Nor can they be questioned based on reason or rationality, he added.

Even if the court were to rule it has jurisdiction, the decision was rational, he argued, because basic income was too expensive for Ontario. And the new government prefers a more employment-focused approach to social assistance.

“The government does not intend to pursue a basic income policy across Ontario,” he said.

But panel chair Justice Julie Thorburn said it was “silly” for the government to argue it was cancelling the experiment because it would cost $17 billion to extend the payments to all low-income Ontarians.

“Wasn’t the whole point of the study to find out if there was data to show whether or not they should?” she asked, during the hearing at Osgoode Hall in Toronto.

“It’s a research experiment. So you get the data and then you make a decision to do it, or not to do anything, based on the data,” she chided. “Nobody is suggesting the government . . . (had to) do anything after the three years.”

But the justices wondered whether the case would be better handled in civil court as a class action.

“To the extent to which participants have a legitimate expectation (of payment,) isn’t the proper forum a class action?” Justice Thorburn asked.

Perry, who is not a practising lawyer and is handling the case pro bono, has also launched a class-action on behalf of the four participants.

But he argued judicial review of the decision was a “pro-active” approach and the “first available remedy.” If successful, there would be no need to pursue the class action.

“We put up a fight, it got covered and the voices got heard,” he said outside court.

The justices have reserved their decision.