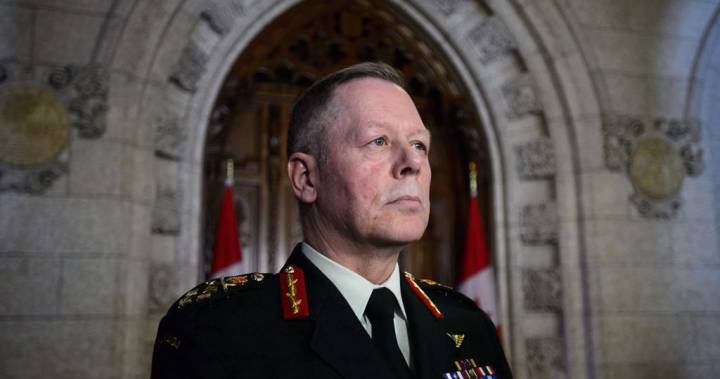 Hours after learning from RCMP that his second-in-command was under investigation for allegedly leaking cabinet secrets, Canada’s top soldier had a phone call with Prime Minister Justin Trudeau after briefing top-level political staff about the case.

But there appear to be no records of what exactly the two discussed in the early hours of a case that has rocked the Canadian Forces and prompted accusations of political interference and scapegoating.

In testimony before an Ottawa court on Wednesday, Chief of Defence Staff Gen. Jonathan Vance explained how he first learned the RCMP was investigating his vice chief of defence staff, Vice-Adm. Mark Norman, in a meeting on Jan. 9, 2017.

In that meeting were several deputy ministers, RCMP officials, Vance and the national security adviser to Trudeau.

WATCH BELOW: Conservatives question Liberals over emails in Norman case

Afterwards, both Vance and the national security adviser met for roughly five minutes with Gerry Butts and Katie Telford to brief them on the news that the RCMP was investigating Norman in relation to a report leaked to media in November 2015 that the newly-elected Liberals had considered freezing a $700-million deal to buy the navy a new supply ship.

Both of its remaining vessels had rusted out or caught fire in the years previous.

Vance said he asked for Butts or Telford, who are Trudeau’s principal secretary and chief of staff, respectively, to inform him of what was going on.

Later that day, he received a phone call from Trudeau about the matter.

But Vance told the court he took no notes and is not aware of there being any records showing what was discussed during that call, nor in any of the other meetings with either Butts and Telford or with RCMP officials that day.

Norman was abruptly suspended from his duties as the country’s second most senior soldier on Jan. 16, 2017, with no public explanation given.

Vance had previously declined to tell reporters which officials he informed of the investigation into Norman.

Yet the question of how much Trudeau knew about the case has dogged him for close to two years now, as have accusations of political interference.

WATCH BELOW: Opposition asks how Trudeau knew about charges against Vice-Adm. Norman

Trudeau made public remarks in 2017 and in February 2018, prior to Norman being charged with one count of breach of trust for the alleged leak, that he expected the matter would “inevitably” lead to “court processes.”

He has since been asked repeatedly in question period and by media as to how he came to that determination, given Norman was not charged until March 2018.

Trudeau has refused to comment on the case since those initial remarks.

Vance told the court he was advised that Norman would be charged prior it actually being laid.

He did not tell the court who informed him of that, saying instead, “I can’t recall.”

When asked whether he shared that information with anyone, Vance said he told either Defence Minister Harjit Sajjan or told the deputy minister of the Department of National Defence with the instruction to tell the minister.

It is not clear when he advised those individuals of the pending charge or whether they told anyone else.

The revelation that Trudeau and Vance spoke directly about the case, and that Vance informed or intended to inform a senior member of Trudeau’s cabinet about pending charges, raises new questions about accusations made repeatedly by Norman’s defence team. Norman’s defence counsel says he is being scapegoated by the Liberals because the leaked report of the plans to freeze the supply ship deal effectively forced the government to honour it.

Ditching the deal with Davie Shipyards,, which was inked under the former Conservative government, would have hit taxpayers with a penalty fee of roughly $89 million.

Scott Brison, who until earlier this month served as President of the Treasury Board, told RCMP when they launched their investigation that the leak had damaged his ability to do his due diligence in re-evaluating the deal after the Liberals were elected.

However, Brison was among several cabinet ministers pressed by Irving and Seaspan, two rival shipyards to Davie, to reconsider proposals to do that same work at their own shipyards in the weeks leading up to the leak.

Brison has close ties to the Irving family. His emails and any potential communication with the firm related to the supply ship deal have been repeatedly sought by Norman’s defence team in the pre-trial hearings in his case so far.

On Tuesday, Brison’s lawyers filed an application seeking standing in the case.

In their filing, his legal team said it wanted to be able to protect his “privacy” and “interests” as the case unfolds.