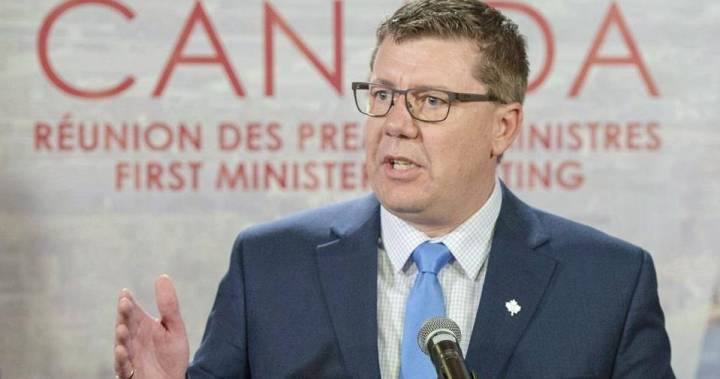 Nearly three out of four Canadians living west of Ontario believe their province is not treated fairly by the federal government, according to a new poll from the not-for-profit Angus Reid Institute.

And Westerners who feel that way — that the rest of the country is not giving them any respect — say it’s been getting worse in recent years.

This survey, the third in a four-part series from Angus Reid looking at Western Canada and its place in Confederation, shows that Western Canadians increasingly believe that the values and lifestyles of their region are distinct from the rest of Canada, a finding that has key implications for national political parties — each of which has their own regional bases of power — as they campaign in this election year to build the kind of broad national coalition that can not only win government, but can also be seen to be governing in the interest of Canadians from all regions.


READ MORE:
B.C. has few friends among the provinces, but Quebec has bigger rivals: poll

The survey also paints a picture of a federation where residents in all regions, except British Columbia and Ontario, do not believe they have the respect of Canadians living outside their region, a finding that also has political implications for any government in Ottawa that is trying to design, for example, a national housing strategy, a defence procurement program that benefits all regions, a national climate change strategy, or a national employment insurance program fine-tuned to regional variations.

Angus Reid also tries to come to grips with the question: What is the West? And it finds that, even within Canada’s four westernmost provinces, there are some strong differences in politics and identity, most notably between British Columbia and the three provinces to its east: Alberta, Saskatchewan and Manitoba.

But those four provinces are united on this: A healthy majority of all of their residents agree with the statement that their province is not treated fairly by the federal government. Just 28 per cent of Canadians west of Ontario agree that they are getting a fair shake from Ottawa.

Angus Reid then asked those Westerners who do not believe their province is getting a fair shake from Ottawa if things have been getting better or worse in that regard in “the past few years.”

By contrast, those who live in Ontario and Quebec were much more satisfied with the way Ottawa treats their provinces, while Atlantic Canadians felt about as disconnected from Ottawa as those in the West.

That said: Canadians in all regions — save B.C. and Ontario — say they don’t get enough respect from the rest of the country.


READ MORE:
Western Canadians still feel more connected to their province than to country as a whole: Ipsos

WATCH: 62 per cent of Alberta feel they’re not getting enough from Confederation (October, 2018)

The survey of 4,024 Canadian adults was done online between Dec. 21 and Jan. 3 by Angus Reid Institute, a Vancouver-based not-for-profit research organization. Angus Reid itself paid for the poll and designed its questions. Margins of error cannot be calculated for online polls of this kind, but the pollster says that a poll of a randomly-selected group of 4,024 Canadians would be accurate to within 2.5 percentage points 19 times out of 20.

All eyes on Nanaimo ahead of crucial B.C. byelection