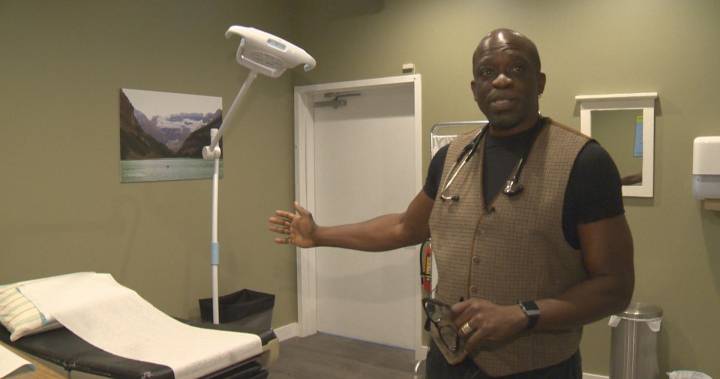 An urgent care centre could be coming to the Okanagan, but not everybody is happy about its possible location.

“There are already a lot of resources concentrated in Kelowna. Residents on the west side and area have to go to Kelowna to access these resources, and I think it makes more sense to have an urgent care [facility] on this side,” he said.

An urgent care centre is for patients needing help beyond the typical care provided in a clinic but who aren’t in need of the emergency room, Oyelese said.

“You can do things like casting, IV’s on people who might be dehydrated, things like suturing,” he said. “The whole idea behind it is you don’t have people who aren’t that seriously sick plugging up the emergency room.”

MLA Ben Stewart agreed that improved medical services need to be available to people in the West Kelowna area.

“With the over 50,000 residents just in West Bank First Nation and the City of West Kelowna, there are health services that are needed here,” Stewart said.

“KGH is great, but seniors that live in our community end up with issues during the night are having to take a taxi or ambulance back in to KGH, and I don’t think that a large portion of the population should have to subject themselves to that.”

Interior Health is hoping to operate an existing clinic as an urgent care centre. Clinics were invited to express interest by submitting details of their facilities, including the number of exam rooms and parking spaces.

Oyelese believes his West Kelowna walk-in clinic is one of the best-suited facilities in the region. Unlike most other places, it has a designated hallway entrance where an ambulance can come from the back.

“We have about 7,000 square feet of office space, 16 examining rooms, four offices and two huge treatment rooms,” he said. “We are ideally situated just off Highway 97, and we have unlimited parking.

But even though West Kelowna has been lobbying for better health facilities for years, the clinic was turned down, Oyelese said.

Oyelese is concerned that if the urgent care centre is close to Kelowna’s hospital, it’s possible that more people would go to the emergency room anyway because it’s so close.

“I’m not really sure it’s a good idea to concentrate so many resources in the same area,” he said. “I think it makes more sense to spread things out.”

“Physicians tend to want to work where they have the resources that they can use to do their work properly,” he said. “So what ends up happening is West Kelowna ends up being the ugly step-sister doing recruitment, and it’s been fairly difficult to convince physicians to come to the west side.”

Interior Health and the Ministry of Health did not respond to repeated requests for comment.

‘I couldn’t believe it’: University of Alberta evicted student after attempt to kill himself