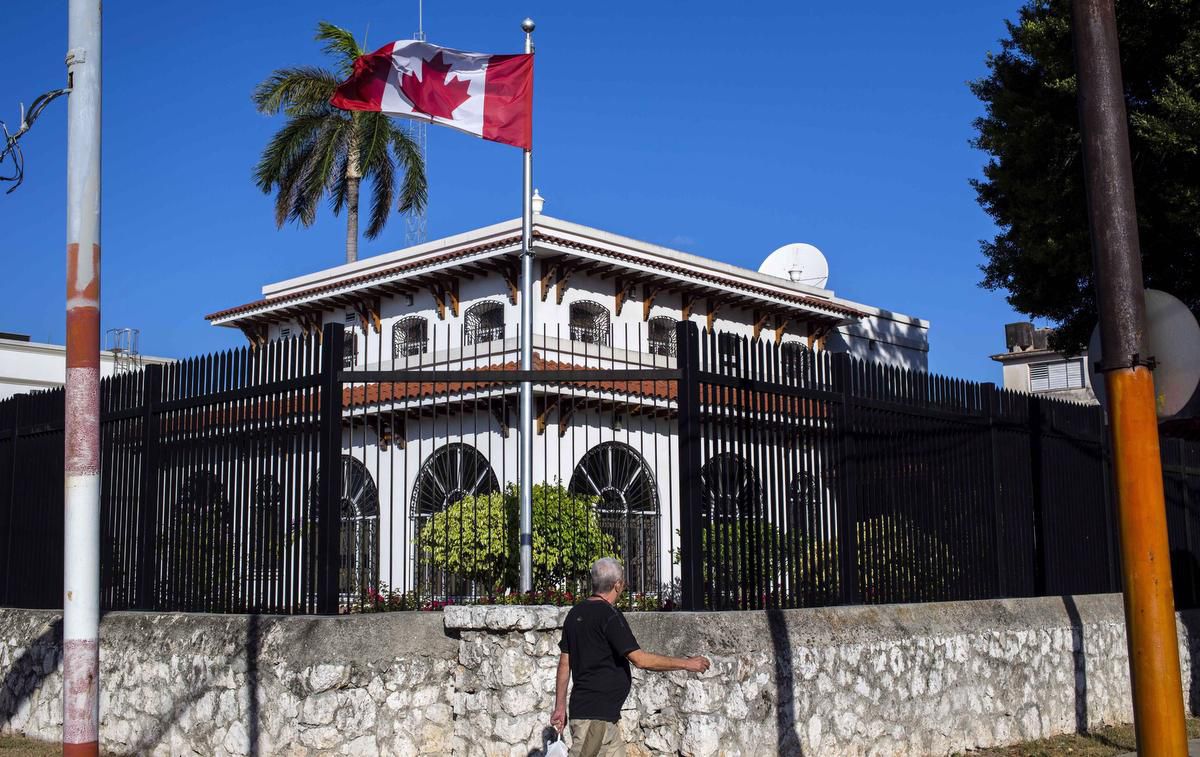 OTTAWA—Canada is reducing its diplomatic operations in Cuba after yet another diplomat has fallen ill, troubling confirmation that whatever the cause of the unexplained health symptoms, it’s still ongoing.

Just how Global Affairs will adjust its diplomatic presence in Havana over the coming weeks is not yet decided, but the department is looking at cutting its staff in the country by half, to eight from 16. This latest case brings to 14 the number of confirmed cases — nine adults and five children.

Only essential consular functions will now be performed by personnel at the embassy in Havana, a senior government official confirmed Wednesday, to serve the more than one million Canadians who visit Cuba each year.

Responsibility for other embassy programs could be shuffled to other embassies in the region or to staff in Ottawa.

The latest case involves a diplomat who only arrived in Havana last summer, suggesting that the cause of the health symptoms — which first started hitting Canadians in 2017 — has not gone away.

That individual reported health concerns on Dec. 29 and was sent for immediate medical testing, which confirmed symptoms similar to those experienced by the others: dizziness, headaches, hearing and visual problems and fatigue.

A joint investigation by the RCMP and Cuban national police has yet to turn up a cause or potential culprit, prompting the department to reduce staff in the embassy as a precaution, a government official said Wednesday.

“A further reduction in the footprint is deemed to be the appropriate response given that these recent confirmed cases demonstrate that these incidents are still ongoing,” an official said Wednesday, one of two who briefed reporters on condition they not be identified.

“We have not been able to determine any cause … neither are we able to determine what the mechanism or agency was behind that cause. We have no evidence that would indicate that it is linked to any particular government or situation,” the official said.

It’s the latest development in an international mystery that has seen Canadian and U.S. diplomats in Havana hit with concussion-like symptoms, and which has left governments scrambling to find answers in what’s being called “unprecedented and very difficult incidents.”

In April 2018, Global Affairs deemed the Havana post as “unaccompanied,” meaning the family members were not allowed to join diplomats in the country.

Confirmation of a new case in November prompted a visit by high-level Canadian delegation to assess the situation in Havana and meet with Cuban officials. Additional security and operational measures were put in place, which officials declined to discuss Wednesday.

The federal government has faced criticism from some diplomats, who say that officials have not taken the health threat seriously and have left personnel in harm’s way. Indeed, Canada’s decision to reduce its embassy to essential personnel comes 16 months after Washington made the same decision about its embassy in Havana.

But in the briefing Wednesday, one official defended Ottawa’s approach, saying it was based on “what we’re able to gather about the situation on the ground.”

Until the case in November, there had not been a reported case since October 2017, “quite a considerable period of time,” the official said.

“We have of course been enhancing our security measures continually as the situation unfolded in line with the information we are able to glean from each incident,” the official said.

And they repeatedly praised Cuba’s co-operation with the investigation.

“Cuban officials are as frustrated as we are that we’re not able to get any closer to determining a cause. We’re very satisfied with their level of co-operation with the RCMP,” said the second official who participated in the briefing.

That tone is different than what has been expressed by the Americans, who have branded the incidents as an “attack” and reminded the Cuban government of its obligations “to take all appropriate steps” to protect diplomats.

In Canada, the RCMP continues to lead a government-wide probe into the cause of the health symptoms, which officials conceded Wednesday still remains unknown. Environmental tests at the homes of diplomats have ruled out air or water as possible causes.

Other possibilities have ranged from microwaves and acoustic attacks to mass hysteria, a theory downplayed by a Ottawa doctor who has assessed some of the Canadians affected. Dr. Shawn Marshall said that the diplomats with health problems have symptoms consistent with a brain injury.

As well, some diplomats have associated strange noises — such as warping metal or grinding noises — with the onset of symptoms, causing it to be labelled as a “sonic attack” in the early days. But in at least one case, the suspicious noise was found to be a loud cricket.

Canada’s economy shrank in November as many sectors contracted

‘Something none of us will ever forget’: Humboldt Broncos parent meets with driver who caused son’s death