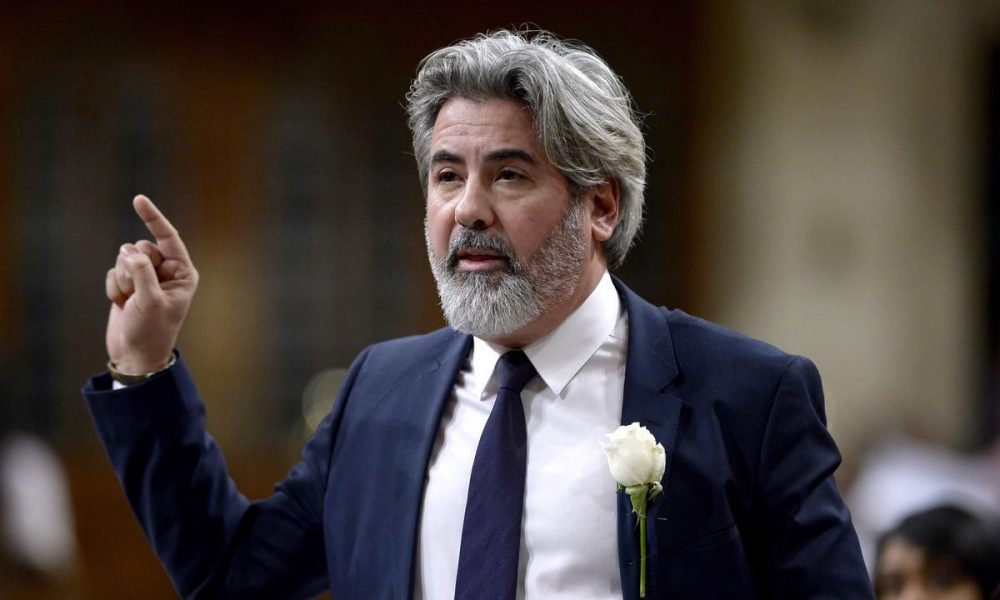 OTTAWA—More than two years after Prime Minister Justin Trudeau promised legislation to revitalize Indigenous languages that Canada tried for generations to extinguish, the minister responsible for the bill says he can’t promise it will become law before this year’s federal election.

Even so, Heritage Minister Pablo Rodriguez said the long-anticipated legislation will be tabled “very, very soon” and that the Liberal government will work to pass it through Parliament as quickly as possible.

“I cannot say yes (it will pass), but I can tell you one thing—this is an absolute priority for the prime minister, for myself, for the government and for all the Indigenous people across the country,” Rodriguez told the Star Wednesday.

The heritage minister will travel to New York to address the United Nations General Assembly on Friday, where he will highlight the Trudeau government’s commitment to reconciliation between the Canadian state and Indigenous nations, and underscore the importance of supporting Indigenous languages before they disappear. Rodriguez will be accompanied by leaders from three national Indigenous groups: the Assembly of First Nations, Métis National Council and Inuit Tapiriit Kanatami.

The organizations helped craft the coming languages bill, a necessary approach that has taken longer than it would have had the government written the legislation on its own, Rodriguez said. And while his predecessor in the heritage portfolio previewed facets of the bill last June—saying Ottawa planned to recognize Indigenous languages as a constitutional right and create a new office of commissioners to protect and promote them—Rodriguez was tight-lipped about what the coming legislation would contain.

Following the government’s $90-million commitment to support the dozens of Indigenous languages from 2017 to 2019, Rodriguez said the coming bill is meant to form a legal framework that will empower Inuit, First Nations and Métis communities to decide for themselves how best to preserve their traditional tongues.

“It is also going to be a very flexible bill to take into consideration different realities for different groups, and also, they will be able to determine what are their priorities, the way they want to do things their own way,” Rodriguez said.

Perry Bellegarde, national chief of the Assembly of First Nations, said the bill needs to include long-term, stable sources of money so that Indigenous communities can rebuild language fluency among young people. In that way, it could help reverse the consequences of Canada’s residential schools, where tens of thousands of Indigenous children were removed from their families over several decades and forced to speak French and English instead of their native languages.

“We don’t want the residential school system to win, and the Crown has an obligation to put as much resources to revitalize and promote Indigenous languages as they used to eradicate our languages,” Bellegarde said.

Natan Obed, president of Inuit Tapiriit Kanatami, has said he will only support the bill if it goes beyond “symbolic” measures. In a statement to the Star, Obed said the legislation must include “substantive provisions that the revitalization, maintenance, and promotion of Inuktut,” the language of majority in Nunavut.

“We continue to engage with the Government of Canada in an effort to ensure that the bill meets this expectation,” he said.

While declining to reveal details of the bill, Rodriguez called it a “first step” towards revitalizing Indigenous languages, and pledged that the “necessary resources will be in place” to do so.

In the meantime, Bellegarde said Canadian politicians need to band together to make sure this bill gets passed before Parliament breaks in June and heads into the general election—especially as some languages are now only spoken by handfuls of people.

“It’s a very, very tight time frame, and we don’t want to miss this opportunity,” he said.

“This is very important to get this legislation in place and make sure we get this done for our children, and those yet to come.”