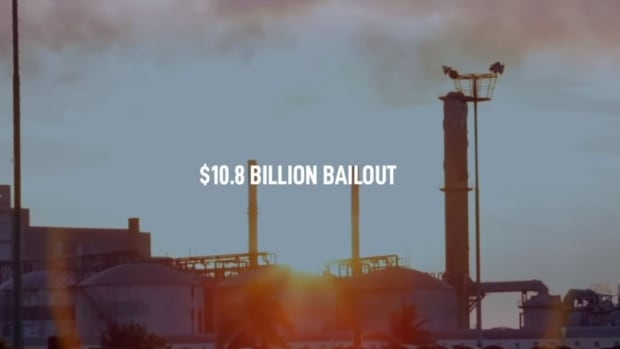 The union that represents workers at General Motors’ Oshawa plant say the auto giant was trying to « strong-arm » it from airing a critical ad during this year’s Super Bowl and on social media.

On Friday, legal counsel for GM Canada sent a letter addressed to Jerry Dias, national president of Unifor, demanding that the union not move forward with its plan to air the 33-second video, entitled « GM Leaves Canadians Out in the Cold, » during Sunday night’s broadcast of the Super Bowl.

On Sunday night, Dias tweeted a confirmation that the ad had played during the broadcast.

The letter also called for Unifor to remove the video, as well as a second commercial promoting a boycott on GM cars built in Mexico, from YouTube and its various social media channels. Both videos have been online since late January.

« Unifor’s publication of the advertisement has caused, and if not immediately withdrawn will continue to cause, substantial and irreparable damage to GM, » the letter says.

Unifor posted a copy of the document online. A spokesperson for GM confirmed its authenticity in an email to CBC Toronto.

In an interview, Dias said the letter amounts to an attempt to « intimidate » the thousands of workers who will be impacted by the company’s decision to close its sprawling assembly plant in Oshawa.

He reiterated, as he has on a number of occasions, that during collective bargaining talks in 2016, GM executives committed to keep the Oshawa plant open until at least the end of 2020.

« Here they are two years later going against their word. So if anybody is tarnishing the reputation of General Motors, it’s a self-inflicted wound, » Dias said.

Since GM announced its intention to shutter its operations in Oshawa last November, Unifor has organized a number of work actions. Those efforts have been accompanied by a social media campaign targeting the multinational auto manufacturer.

Many of the union’s efforts have tried to draw attention to the fact that the federal and provincial governments provided billions of dollars to keep GM and the Chrysler Group LLC afloat in 2009. 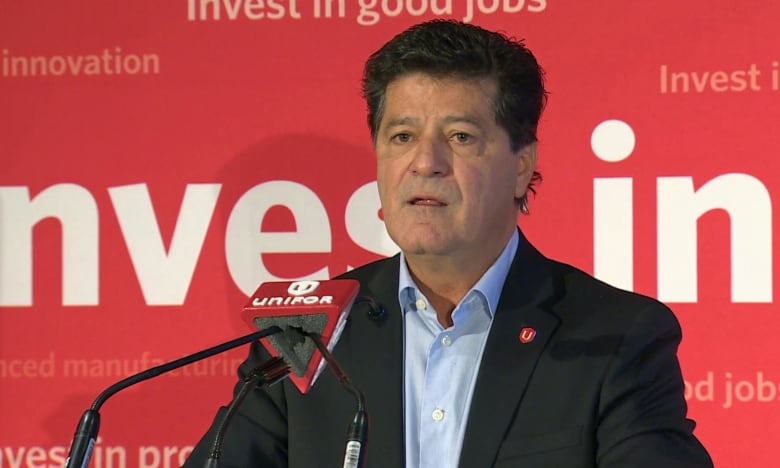 Jerry Dias, national president of Unifor, said the union plants to « ratchet up » its efforts to pressure GM to reverse its decision to close the Oshawa plant. (CBC)

In the letter, GM’s lawyers say that the ad contains multiple false statements about the bailout.

In a statement to CBC Toronto, a spokesperson for GM said that since 2009, the company has « contributed over $100 billion to the Canadian economy including $8 billion invested into worker pensions.

« While GM respects Unifor’s rights to protest, we cannot condone purposely misleading the Canadian public. The new Unifor advertisement scheduled to air during the Super Bowl is misleading and inaccurate, » said Jennifer Wright.

« Unifor knows that GM Canada repaid its 2009 loans in full, and that the restructured GM fulfilled all the terms of its agreements with the Canadian government many years ago, » she added.

Dias said that beyond the Super Bowl ad, which cost the union upwards of $200,000, it plans to explore airing the video during other upcoming events, such as the Academy Awards.

« GM is barking up the wrong tree if they think they’re going to have us sit back quietly while they decimate the community of Oshawa existence, » he said.

« If they believe that this is going to get settled in the courtroom, that’s not happening. The only place this thing gets settled is at the bargaining table. »