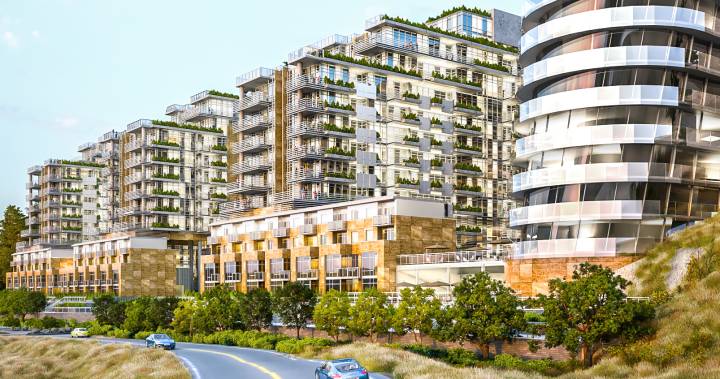 West Kelowna residents are invited to a series of open houses to look over plans for a proposed development on Campbell Road.

“The whole purpose is to make the project better through this process,” George Mylonas, President and CEO of Landstar Development Corporation out of Calgary said.

Blackmun Bay Village is being pitched as a 6.8 hectare development that would include nearly 340 townhomes and condo units and a 120 room luxury hotel, with towers as high as ten stories.

It would also include a 241 slip marina and a winery.

She has some concerns about the scope of the development proposal.

“Well, progress is going to happen,” Mayo said. “But I think it should be on a much smaller scale.”

A common concern among those attending was the increased traffic the development would put on Campbell Road.

“That’s a lot of cars,” Barbara Cochrane said. “If someone has to get out in a hurry, for whatever reason; probably a fire, it’s going to be stressful.”

West Kelowna city council asked the development company to hold the open houses ahead of considering the application.