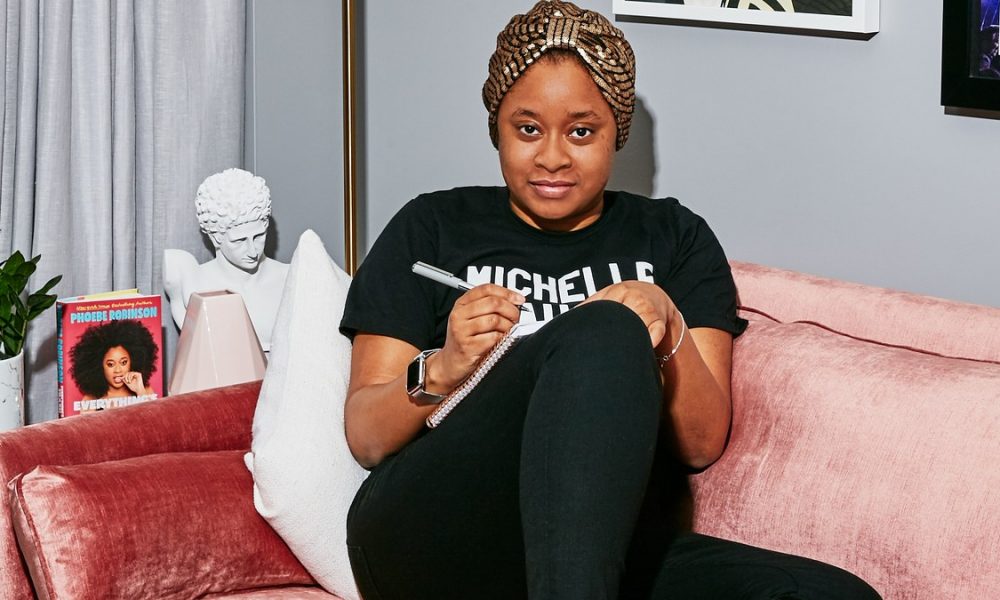 “I like to have one task I can accomplish first thing in the morning. That makes me feel actually productive,” the actress-comedian-author (a certified Triple Threat) explains. So, before starting to write anything for her books—bestselling memoirs You Can’t Touch My Hair and Everything’s Trash But It’s Okay—or working up on standup routines, she tackles the sink full of dishes from last night’s dinner.

After that, she moves onto the rest of her weekday routine: breakfast (a green juice or toast with almond butter), an hour of Spanish on Duolingo (“Who keeps up with it after high school? I’m trying to enrich my life!”), trying to “smash through emails,” and then jumping on a Peloton bike in her building’s gym and/or doing circuit training for an hour.

“Most of my work is just me seated at a desk or on a couch typing, so I need to get the energy going on the bike,” Robinson says. “I’m not just my brain—I’m also my body.” Artists like Missy Elliott, Madonna, Rihanna, Luther Vandross, and The Pussycat Dolls make up the soundtrack that pushes her through so she can get into her work-from-home flow.

Robinson’s got a lot going on between writing books and jokes, running two podcasts (Sooo Many White Guys, which is on hiatus, and 2 Dope Queens, which ended recently but became an HBO series that premieres its second season on Feb. 8), and acting (in What Women Want, also out on the 8th). We caught up with Robinson as she was preparing for her Phoebe Robinson & Friends standup show at Brooklyn’s Union Hall to see how she gets ready to make people laugh.