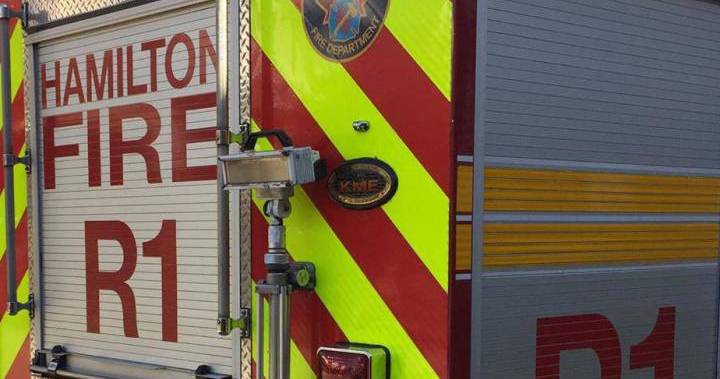 Several tenants of a downtown Hamilton apartment building have been rescued by firefighters.

Fire crews were called to a two-and-a-half storey residence at 86 Wellington Street South just before midnight Friday where they encountered heavy smoke and fire on the first and second floor.


READ MORE:
Investigation underway into cause of house fire in east Hamilton

Deputy Fire Chief John Verbeek says the tenants in the ground floor apartments had already evacuated the house by the time firefighters arrived on scene but he says there were still tenants on the upper floors.

The remaining tenants were rescued and five were treated at the scene by paramedics. One tenant was taken to hospital with smoke inhalation.

Verbeek says five dogs were also rescued from the building, however, one did not survive.

The Ontario Fire Marshall is investigating the cause.