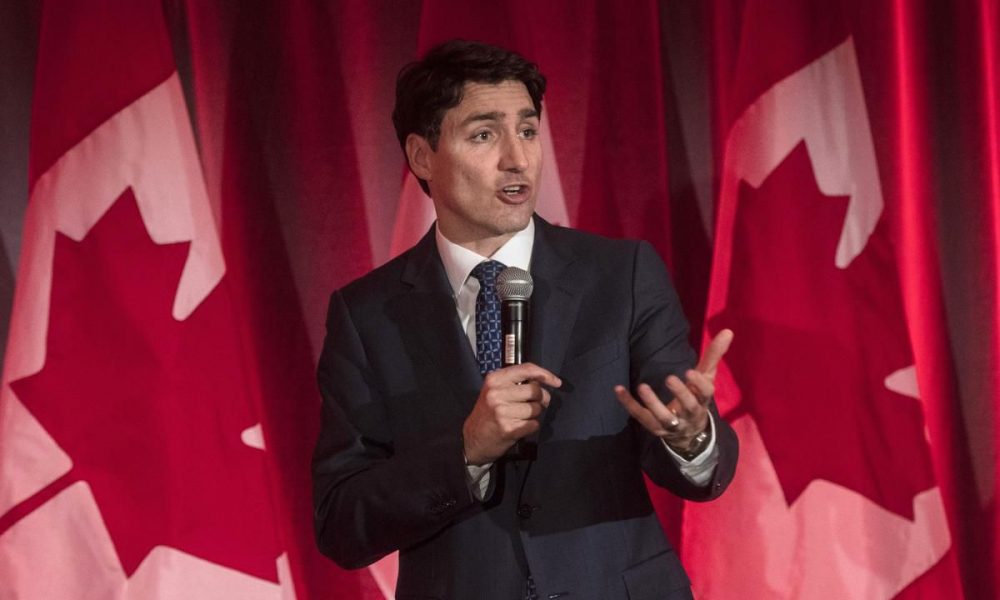 OTTAWA—The Liberal government appears likely to block opposition efforts to probe allegations of political interference in the criminal prosecution of SNC-Lavalin, while insisting that discussions on the matter with former justice minister Jody Wilson-Raybould were above board.

Justin Trudeau’s government will not yet waive solicitor-client privilege, which would give Wilson-Raybould latitude to speak about the allegation, nor will it permit a parliamentary committee to proceed with its own investigation, the Star has learned.

Wilson-Raybould has remained silent since the Globe and Mail reported Thursday that senior officials in the Prime Minister’s Office pressed her to seek mediation instead of pursuing criminal charges against SNC-Lavalin.

The former justice minister — who was moved from her post in January — has refused to confirm or deny the allegations, saying she is bound by solicitor-client privilege.

A senior government official, speaking to the Star on the condition they not be named, said Saturday that the government will not waive the privilege — as demanded by opposition MPs — because SNC-Lavalin’s potential criminal trial remains before the courts. A second government source confirmed that the potential criminal trial, as well as SNC-Lavalin’s appeal of prosecutors’ denial of a mediation deal, makes waiving privilege unlikely.

Justice Minister David Lametti told CTV’s Question Period that he believes nothing about the affair so far merits an investigation.

“The prime minister has said that these allegations are false. We haven’t had any corroborating evidence there. There hasn’t been anything to my mind that justifies a committee investigation,” said Lametti, who is also on the listed of proposed witnesses.

Lisa Raitt, deputy Conservative leader, said she was “horrified” by Lametti’s claim that he had satisfied himself there was no improper influence based solely on the prime minister’s public statements.

“That’s insane … that’s not upholding the independence of the attorney general’s office,” Raitt said in an interview.

Any hint that of political interference in criminal prosecutions should spark an investigation into “what the hell happened,” she said.

“It’s a serious enough issue that this needs to have clear light on it and we need to understand exactly what happened,” said Raitt, MP for Milton and a lawyer.

She said the Conservatives will seek to pressure the Liberals to agree to the committee hearings, though she conceded the effort will likely be voted down.

Lametti was not available to speak Saturday. His spokesperson, David Taylor, said the minister will appear before the committee if called to testify. Wilson-Raybould, through a spokesperson, said she was unavailable for an interview.

From the initial hours after the allegations broke, Lametti has echoed the prime minister’s denial that no direction was given to Wilson-Raybould on the issue.

“We don’t know what evidence or facts he has. Maybe he has spoken to the people in the PMO. Maybe he has facts such that he is very confident in what he is saying,” said former Ontario attorney general Michael Bryant.

“Or he sees this as part of his political role and he doesn’t need to be quasi-judicial and independent,” Bryant said.

The justice minister also serves as Canada’s attorney general. The ministerial guide sets out the two roles for the cabinet post: The justice minister is responsible for federal laws and development of new policies and programs. The attorney general is chief law officer for the federal government and has responsibility to uphold the “Constitution, the rule of law, and respect for the independence of the courts.”

Trudeau has denied “allegations” that PMO officials put pressure on Wilson-Raybould to abandon criminal charges against SNC in favour of what’s called a “deferred prosecution agreement” — a new tool introduced by the Liberals last year that allows corporate wrongdoers to avoid a criminal trial in favour of fines and corporate governance reforms.

Montreal-based engineering company SNC-Lavalin has been facing criminal fraud and corruption charges based on allegations it paid millions in bribes to win government business in Libya between 2001 and 2011. It has argued that the individuals behind the charges have left the company and that punishment to the firm, resulting in a ban on government infrastructure contracts, would result in major job losses in Canada — and Quebec in particular.

Wilson-Raybould was involved in the internal debates about how to deal with the SNC situation last fall, the Prime Minister’s Office confirmed Saturday. A government source would not say at what level those discussions were held — whether with Trudeau’s entire cabinet, with a subcommittee, or informally between ministers. It’s not clear who initiated the discussions.

The PMO also confirmed that Gerald Butts, Trudeau’s principal secretary and close friend, discussed the matter with Wilson-Raybould in December 2018, but said Butts suggested Wilson-Raybould bring it up with Michael Wernick, the clerk of the Privy Council and Canada’s top bureaucrat.

The question of undue influence and political interference hinges on the nature of the discussions Wilson-Raybould had on the options for the prosecution of SNC-Lavalin.

Some discussions are permitted. The Privy Council’s rules for Open and accountable government state the attorney general may consult “cabinet colleagues … in order to fully assess the public policy considerations relevant to specific prosecutorial decisions.”

Craig Forcese, a law professor at the University of Ottawa, says that clear political advice is “one thing.”

“But a political executive ‘direction’ to the (attorney general) in a criminal justice matter would exceed” judicial standards and dictate that the attorney general refuse and resign, Forcese said.

“The murk lies where discussions fall short of ‘direction,’” he wrote in a blog post.

Bryant said the involvement of the prime minister’s aides — the very people he said have power over a minister’s political future — in such discussions would not be appropriate.

“It creates the perception and the reality that if she doesn’t do what they tell her to do, then there will be political consequences for her, and that means that you are politicizing the prosecution,” Bryant said in an interview Saturday.

“These are the most political animals in the country, the PMO … They advise the prime minister, who controls the fate of a cabinet minister,” said Bryant, who is now the executive director and general counsel for the Canadian Civil Liberties Association.