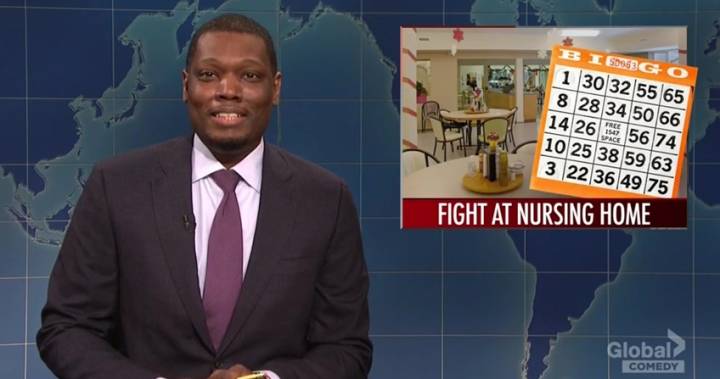 A fight at a Canadian nursing home during a bingo game was picked up by this weekend’s episode of Saturday Night Live.

“A massive brawl broke out at a Canadian nursing home after a 79-year-old woman took an 86-year-old woman’s seat at their bingo game,” Weekend Update host Michael Che joked.

“It’s the first brawl that began with everybody in critical condition,” he said.

The fight broke out at a long-term care facility in Rideau Lakes Township this past Tuesday at around 1 p.m. after two women, 79 and 86, had a disagreement over seating arrangements.

The Rideau Lakes OPP detachment was called to the facility after the dispute broke into a full-out brawl involving several members of the residence.

Police said there were no serious injuries and no charges were laid after a thorough investigation.