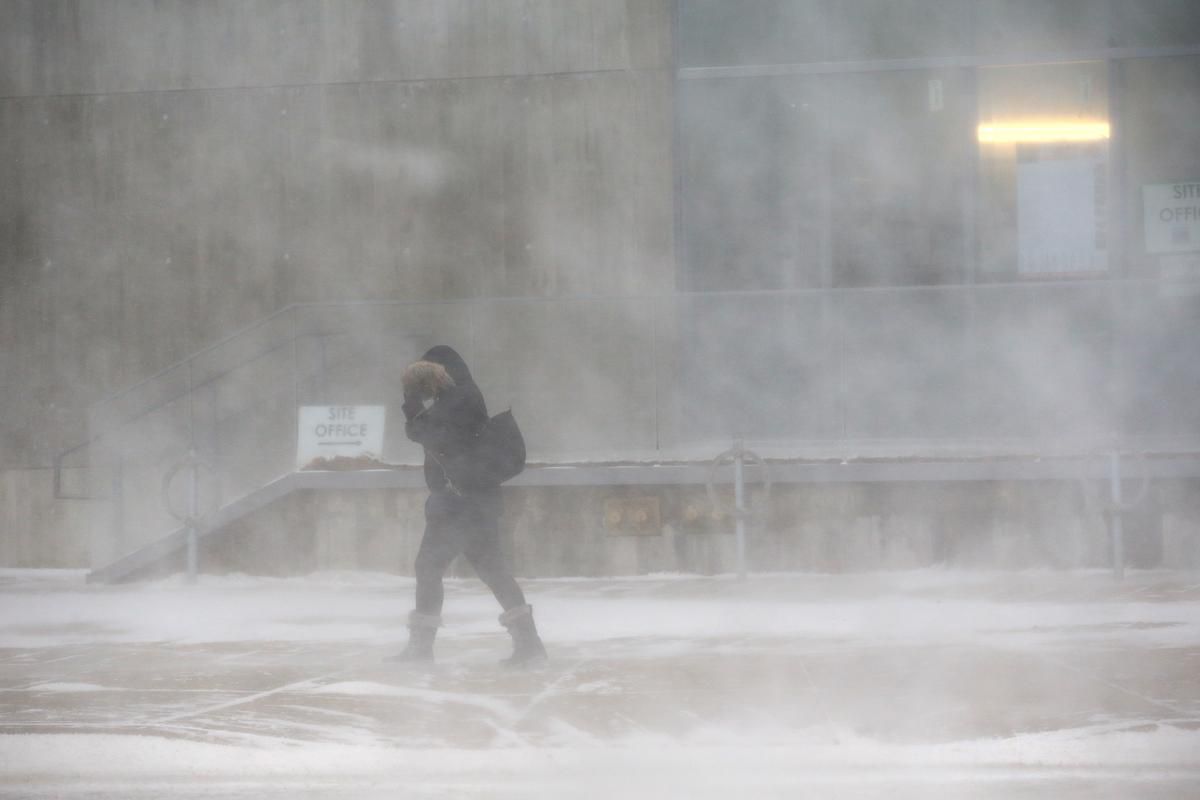 Kids across Toronto are jumping for joy after a snow day was declared Tuesday morning, shutting down both public and Catholic schools for the day.

It’s the first snow day for the Toronto District School Board in eight years. The last time TDSB schools were shut down because of snow was in February 2011, the night before a potential storm coined by the public as “Snowmageddon.”

That decision drew sharp criticism as countless parents were left scrambling to find backup care for their young children. What made it worse was that the storm never came that day, angering parents even more.

Eight years later, the TDSB tweeted Tuesday that it would shut down shortly after 6 a.m. Not a snowflake had hit the ground when the decision was announced. But this time, the storm did start rolling in at around 8 a.m.

“We always make the decision the morning of, so that we have the absolute latest available information,” said TDSB spokesperson Ryan Bird. “There have been cases in the past where there has been a forecast, but it hadn’t (arrived) or was delayed later in the day.”

The TDSB sent an email to parents Monday about the pending storm.

“As I hope you can appreciate, the decision concerning whether to keep schools open or closed has a major impact on the lives of thousands of families across Toronto and that is why we strive to keep them open whenever possible,” wrote John Malloy, director of education, before the storm hit. “Should all schools be closed, it causes significant hardship for many families, some of which have no other options readily available for their children.”

On Monday, Environment Canada had issued a winter storm warning for Toronto, calling for high winds and between 15 and 25 centimetres of snow, ice pellets and possible freezing rain.

“Surfaces such as highways, roads, walkways and parking lots may become difficult to navigate due to accumulating snow,” Environment Canada said. “Visibility will be suddenly reduced to near zero at times in heavy snow and blowing snow. There may be a significant impact on rush hour traffic in urban areas.”

Pearson airport and Billy Bishop airport are experiencing delays and cancellations Tuesday morning. There have already been more than 400 flights cancelled at Pearson as of 9 a.m. Travellers are advised to check in with their airlines to confirm flight status before leaving for the airport.

Click here to check on status of your flight

“We’ve got about a dozen crashes right now in the GTA,” said OPP Sgt. Kerry Schmidt.

All northbound lanes of Highway 400 are currently closed at Teston Rd. because of an earlier multi-vehicle crash that left the male driver of an SUV with life-threatening injuries, Schmidt said.

Universities and colleges also cancelled classes ahead of the storm’s arrival.

“We are expecting quite a bit of snow,” Environment Canada meteorologist Gerald Chang said. “If you can plan to avoid going out altogether, that’s the ideal way to deal with it.”

The snowstorm was so bad, even the Raptors cancelled their scheduled practice at the Toronto Raptors Training Facility, their last chance to hold a practice before the NBA all-star break.

The city, police and the TTC say they are keeping close track of the storm and preparing to take extra precautions — especially in light of the city’s last serious snowstorm in January.

The TTC is reminding riders to give themselves extra time for their commute — and asking drivers not to park in the paths of streetcars, which caused massive delays last time.

“Depending on the snow level and the degree of obstructions and infractions that may take place, we’re ready to mobilize our staff and provide dedicated resources to the routes,” he said.

“Every vehicle we have is on the road,” said Holmes. “Typically for this kind of storm, the average amount is 10,000 tonnes of salt city-wide.”

The city has 1,100 vehicles at its disposal, which includes on road plows, driveway machines, snow plows and salt trucks to cover 5,600 streets, 7,000 km of sidewalks and separated bike trails.

The highest priority routes for snow-clearing are expressways, which the city has promised to clear within two to three hours of snowfall. Arterial roads and streetcar routes will take six to eight hours; collector roads, bus routes and all other local streets will be clear after 14-16 hours, according to the city’s levels of service commitments.

With files from Jack Hauen

Union of B.C. Indian Chiefs calls out ‘racist and sexist’ treatment of Wilson-Raybould