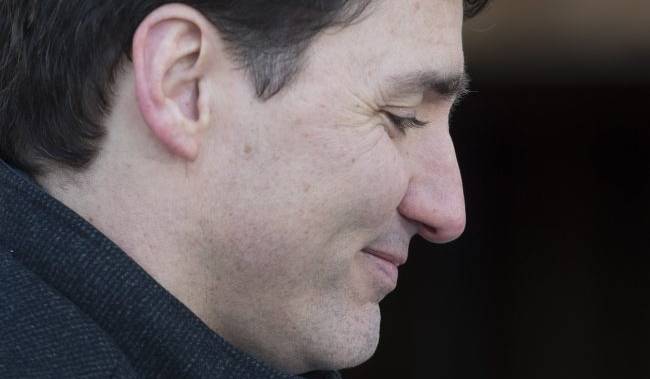 OTTAWA – Three years after Prime Minister Justin Trudeau promised a national youth policy, the federal government is still trying to determine what it should include.

Trudeau appointed himself the minister for youth in his cabinet in 2015 and in the following year’s budget promised a national youth policy to make sure young people’s needs and concerns are reflected in what his government does.

In 2017, the government set up a committee of deputy ministers on youth issues, urging the top bureaucrats to bring young public servants to the meetings. The government also created a youth council in 2016, a special advisory group of Canadians aged 16 to 24, to help create the policy and started soliciting ideas for what belongs in the policy.

They came up with a lot of suggestions. A briefing deck for the deputy ministers last June, obtained by The Canadian Press under access-to-information legislation, says that more than 1,200 participants participated in 40 roundtables across the country, 18 of which were hosted by youth-council members, and produced 9,000 ideas. Major themes included gender equality, Indigenous reconciliation and climate change.

This was something of a problem. “There will be questions of jurisdiction,” the briefing material says, noting that “a significant volume of ideas and issues fall within PT (provincial and territorial) jurisdiction.”

Also, the same slide says, “there will be expectations to manage … in the context of ambitious ideas and competing government priorities.”

In other words, not all these things are possible, or even the federal government’s business.

“In my opinion, they definitely did a good job of I think identifying broad topics based on what the youth had said,” said Riley Yesno, whose two-year tenure on the council ended in January. She’s a University of Toronto student, an Anishnaabe woman who grew up in Thunder Bay.

“My personal hope for it is it ends up having some sort of teeth or being more actionable because while I think the guiding principles that we established were really great â€¦ unless there’s really actionable items attached to those principles, it could just be another kind of paper sitting wherever,” Yesno said.

The timeline for producing an actual policy remains unclear.

“We all know that the next elections are in less than seven months so there’s not much time to put in place that policy,” said NDP youth critic Anne Minh-Thu Quach Monday. “I’m wondering if the prime minister is just using the youth policy as a political token or if he’s really going to do something about it.”

When Quach pressed the prime minister’s parliamentary secretary for youth issues Peter Schiefke last week in question period, he responded he would have “good news to share â€¦ in the weeks and months to come.”

In an email, Trudeau’s spokesperson Matt Pascuzzo called the youth consultations a “first step,” noting that through discussions with the prime minister and cabinet ministers, the youth-council members have been able to more indirectly shape policy.

“This engagement is essential in helping our government identify issues important to youth and to find solutions that will improve the lives of young Canadians,” he wrote.

The file falls under the Privy Council Office. Spokesman Paul Duchesne said by email that the next meeting of deputy ministers is scheduled for March. The committee’s job is to “ensure a whole-of-government approach to youth initiatives,” he wrote and promote a youth perspective in government.

He didn’t say how far along the national youth policy is.