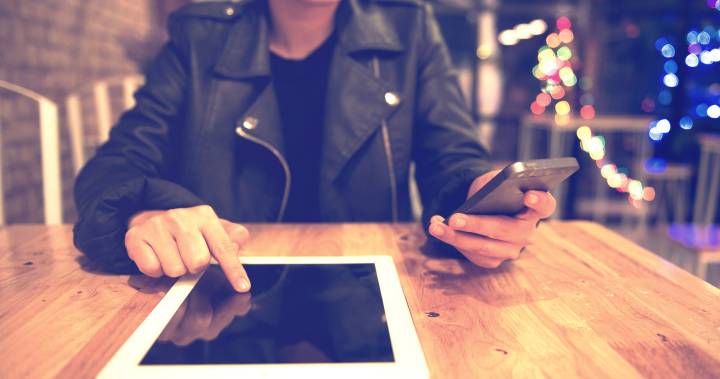 Nearly three-quarters of Canadians profess trust traditional media, but the same share admitted to be worried about false information, and fake news being weaponized, said a poll released by a global communications firm on Thursday.

The Edelman Trust Barometer found 71 per cent of Canadians saying they’re increasingly concerned about fake news, with the share of worried respondents having climbed six points from last year.

Some of this anxiety may come from a lack of understanding about what “fake news” really is, Edelman CEO Lisa Kimmel told Global News.

“What it’s now evolved to, that term, is if people don’t like coverage by the media, then it’s coined as fake news. The president of the U.S., who anytime there’s negative coverage around him, just terms it and deems it fake news,” she said.

This share is on par with the rest of the world, as 73 per cent of respondents in the 27 countries surveyed by Edelman reported their concerns about the weaponization of “fake news.”

Anxiety about the future may be driving an increase in news engagement among Canadians.

The share of Canadians who claimed to consume news every day was 42 per cent, up 11 points from 2018.

Meanwhile, the share of people who have disengaged from the news has fallen from 54 per cent to 33 per cent.

Traditional media may be seeing an uptick in trust — but the opposite is true of social media.

In the U.S. and Canada, social media commanded the trust of only 34 per cent of respondents.


READ MORE:
Who do Canadians trust most? Their employers, apparently

“It’s not surprising, given the fact that fake news has been disseminated over social media, that social media is now the least trusted source for general news and information,” Kimmel explained.

However, it’s important to note that while trust in media rose in Edelman’s latest report, media organizations remained the least-trusted institutions among those polled in the survey.

In Canada, approximately 61 per cent of men and 53 per cent of women indicated that they trusted their media.

That was higher than the average of all 27 countries that were surveyed — there, 50 per cent of men reported trust in media, compared to 45 per cent of women.

See the full results of the poll here.

Edelman conducted an online survey of over 33,000 people in 27 countries.

The margin of error was considered three ways.

Finally, there was an “employee margin of error” of 0.8 per cent across 27 markets, and an additional “market-specific” margin of error of anywhere between 3.2 and 4.6 per cent.

Sting’s concert in Oshawa was a grenade tossed at GM