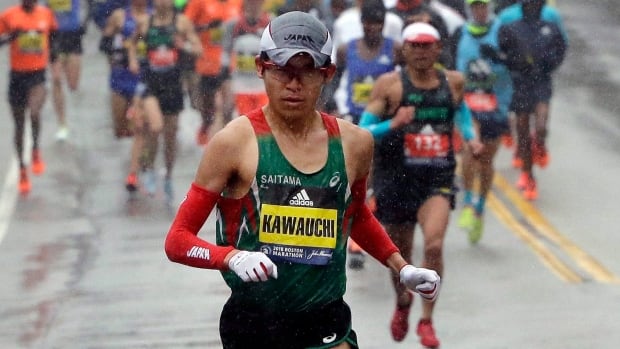 Even if you’ve never run a step in your life, there’s lots to like about Japanese marathoner Yuki Kawauchi, who will run his first race in Canada in May at the BMO Vancouver Marathon.

Of course he’s fast and has represented his country at international events — even winning the 2018 Boston Marathon — but it’s how he approaches the sport that has delighted runners and non-runners alike. 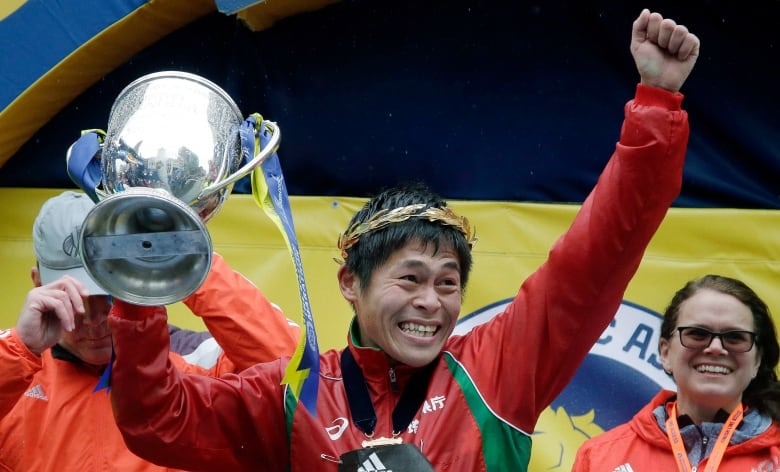 Yuki Kawauchi, of Japan, hoists the trophy after winning the 122nd Boston Marathon on Monday, April 16, 2018, in Boston. He is the first Japanese man to win the race since 1987. (AP Photo/Elise Amendola) (The Associated Press)

Kawauchi, 31, has a penchant for dressing in costume while running. He once ran a half marathon in a panda suit and also completed a race dressed in a black business suit and tie — for fun.

His offbeat reputation is one of the reason race organizers wanted him at their event.

« What I like the most about him in some ways is that he’s very modest in his approach, »  said Eric Chene, Vancouver’s race director.

« He also likes to have fun with it, like he also has the fastest half-marathon time running in a panda suit. He’s such an interesting story and and he’s still a regular Joe if you will, » said Chene.

One week before Yuki Kawauchi won the Boston Marathon, he took second in a half marathon wearing a full panda suit 🐼<a href= »https://t.co/MUKPEjkuQI »>pic.twitter.com/MUKPEjkuQI</a>

In Japan, Kawauchi is known as the ‘citizen runner,’ because he is not sponsored like most professional elite runners. He works full time as a school administrator and runs between 10 and 12 marathons a year.

That’s unheard of for people serious about marathons, which are 42.2 kilometres. Most elite marathoners do no more than two marathons because of the toll the races take on their bodies.

In an email interview from Japan, Kawauchi had a word of advice to other runners.

« Enjoy your running and stay injury-free so that you can always enjoy it, » he wrote.

Kawauchi’s fastest marathon time is 2:08:14, which he ran six years ago in Korea. It’s an extremely fast time for average runners, but it’s still nearly seven minutes off the world record set by Kenya’s Eliud Kipchoge in September.

In April 2018, Kawachi catapulted into the international spotlight when he won the Boston marathon in cold windy and wet conditions fuelled by eating Japanese curry rice, his pre-race ritual.

« You know I think he speaks not only to the elites, but also to the common person … those weekend warriors, » said Chene.

‘That dude is nails’

« I’m looking forward to rolling a bit with Yuki, » he said in a release from race organizers. « That dude is nails. »

Race organizers say they attracted Kawauchi to Vancouver by emphasizing the city’s beauty and the scenic course. 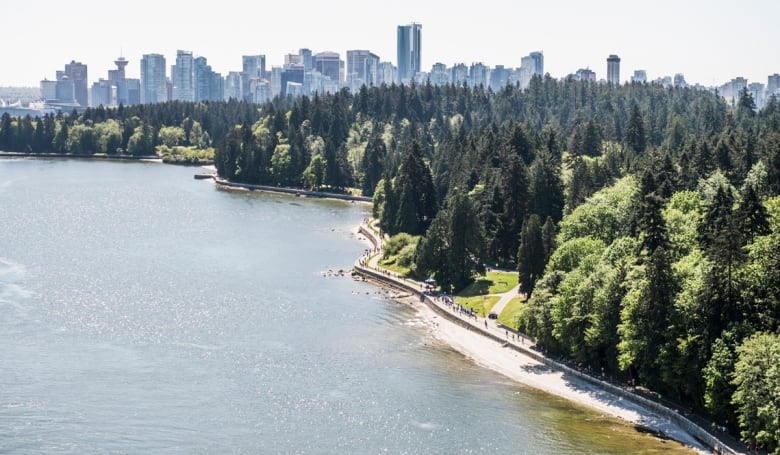 The BMO Vancouver Marathon is one of the most picturesque marathons in North America. (Maylies Lang/RUNVAN)

Kawauchi, who says maple syrup and ginger ale come to mind when he thinks of Canada, will arrive in Vancouver only three weeks after trying to defend his title in Boston.

He will also come as a full-time athlete. In April, he will stop working to focus on athletics full time.

While here, Kawauchi says he wants to run some trails on the North Shore — and find a good restaurant.

« After a race, wherever I am, I like going to a delicious restaurant and eating as much as I like of whatever I like, including dessert, » he said.