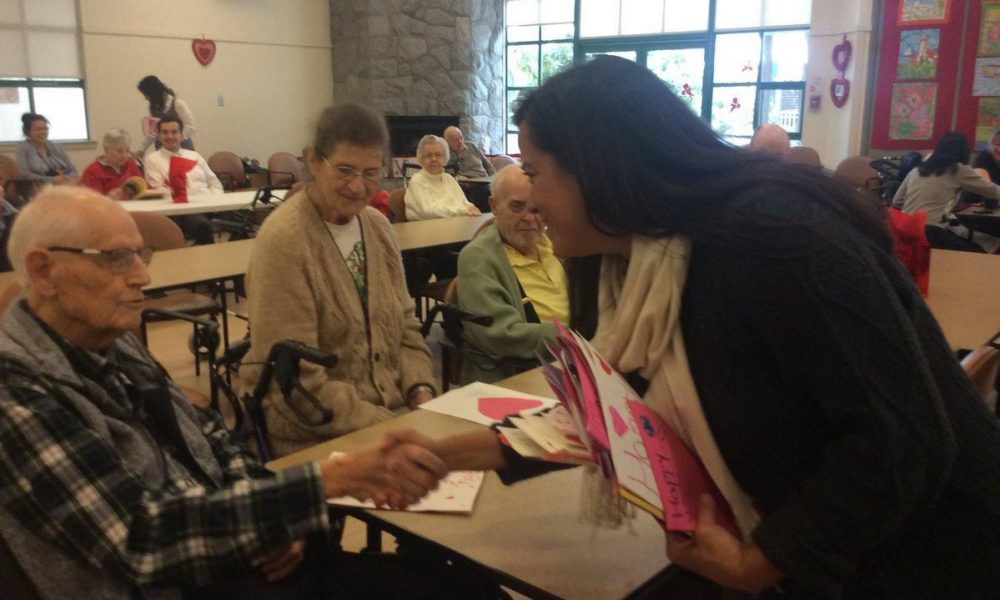 VANCOUVER—Just two days after resigning as Minister of Veterans Affairs, Jody Wilson-Raybould was still keeping up with plans to visit with veterans.

On Thursday, Wilson-Raybould visited the George Derby Centre, a senior care centre located in Burnaby, B.C., to help distribute Valentine’s Day cards made by students. The visit was planned while she was still in office.

Casey Cook, president of the board of the George Derby Centre and who was present during the visit, said that despite being in the middle of national political controversy, Wilson- Raybould did not mention politics and kept her focus on the veterans that day.

“I was just impressed with her, for operating in what must have been an extremely stressful situation … she never mentioned politics, she asked all the veterans where they were from and where they served; she spent considerable time with them,” Cook told The Star.

On Tuesday, Wilson-Raybould, who is also the MP for Vancouver-Granville, handed in her resignation has head of Veterans Affairs, just a month after she was moved to the job from her previous post as Attorney General. The move has been viewed by many as a demotion, possibly influenced by the Prime Minister’s Office to prevent the prosecution of Quebec company SNC-Lavalin.

Cook said that it was the first time that he knew of, in over 10 years serving on boards of senior care homes in the Metro Vancouver area, that any representative from the federal ministry had visited veterans.

“Frankly, I have not even seen a federal minister come to a centre,” he said. “I would venture to guess 90 politicians out of 100 would have cancelled this appointment.”

In her statement of resignation on February 12, Wilson-Raybould underscored her commitment to veterans.

“To Canada’s veterans and their families: I have the deepest admiration and respect for you. This decision is in no way a reflection of my desire to see your service and sacrifice upheld and honoured.”

With files from David Ball.