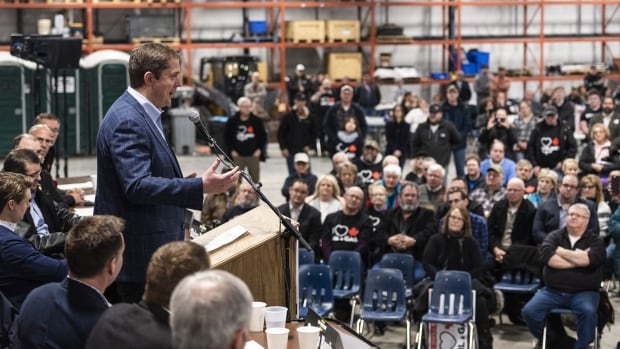 The battleground for pipelines and the oil and gas industry was set in Moosomin, Sask., on Saturday, as the federal  Conservative Leader blasted Prime Minister Justin Trudeau for his handling of the energy file.

« This is the one area where he’s doing exactly what he said would do. »

Trudeau has spoken about transitioning Canada away from fossil fuels. Scheer says, if he becomes prime minister, he would  promote Canadian oil and gas.

« I will travel around the world promoting Canadians’ energy sector, as a source of ethical and responsible and sustainable energy around the world, » he promised, to cheers from the audience.

The federal government had bought the Trans Mountain pipeline in order to make progress on a stalled project, but a Supreme Court blocked further progress, ruling that Canada’s efforts to meaningfully consult with Indigenous people, as required by law, fell short.

Scheer criticized Trudeau for overpaying for the pipeline by $1 billion.

« Justin Trudeau paid more than the sticker price for a pipeline that he can’t even build, » he charged. 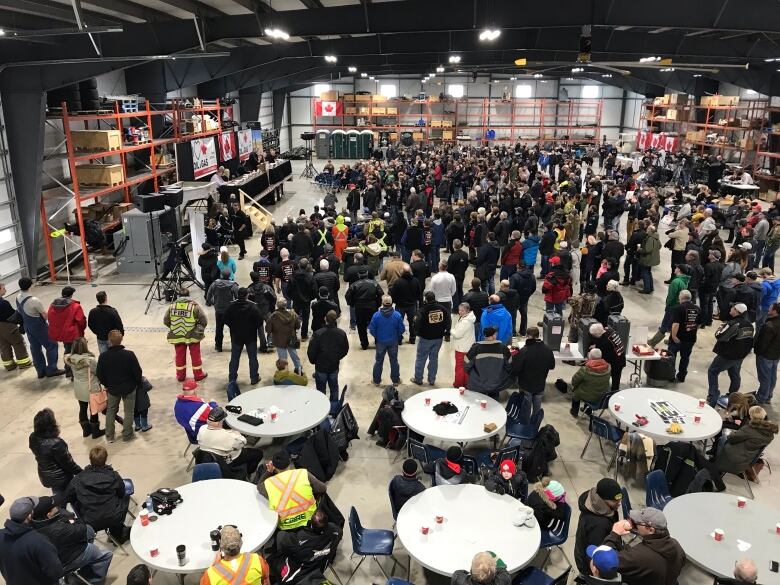 Scheer had set the stage for Saturday’s pro-pipeline appearance with an appearance in Saskatoon on Friday night, talking about the need to build pipelines.

« We know that the best way to transport that energy, the most environmentally friendly way, taking oil and gas off of rail cars, is to build pipelines, » Scheer said, while speaking in Saskatoon on Friday, one day before news of a derailment of a train carrying crude oil in Manitoba.

« We need a government that has a plan to get them built through the private sector by providing certainty and clarity in approvals process and that’s what my plan will do. »

Scheer said his plan, if he is to become prime minister in this year’s election, would be to repeal a carbon tax and repeal Bill C-69, which he argues muddies the approval process for pipelines. Bill C-69 provides a process for assessing the environmental, health, social and economic effects of pipeline and other projects.

Instead, these pipelines need to be declared in the national interest, because of the benefits they confer to every single region, said Scheer.

« And come October, after forming government, we will start to clean up the mess that [Trudeau’s] left us, » he promised the crowd.

Moe also took to the stage, saying the strength of the audience on a frigid February day spoke volumes about their frustration with the downtrodden oil and gas sector. 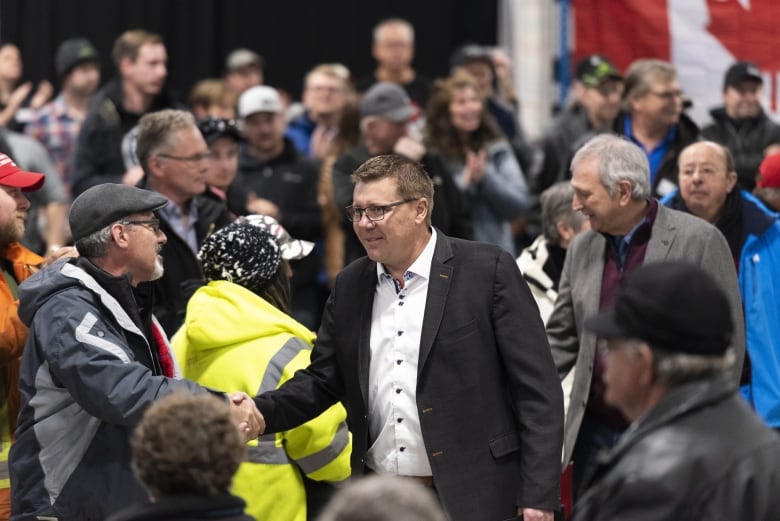 Saskatchewan Premier Scott Moe walks through the crowd before speaking at a pro-pipeline rally. He said ‘It’s time for us to begin to push back and we need to push back pretty hard’ against the federal government. (MIchael Bell/Canadian Press)

« For far too long, this conversation has been dominated by those who disapprove of how you and myself and and our neighbours in this province make a living in our communities, » he said, adding the federal government was simply not listening to people whose livelihoods depended on sectors like oil and gas and mining.

« The moment has come in the nation of Canada. It’s time for us to begin to push back and we need to push back pretty hard. » 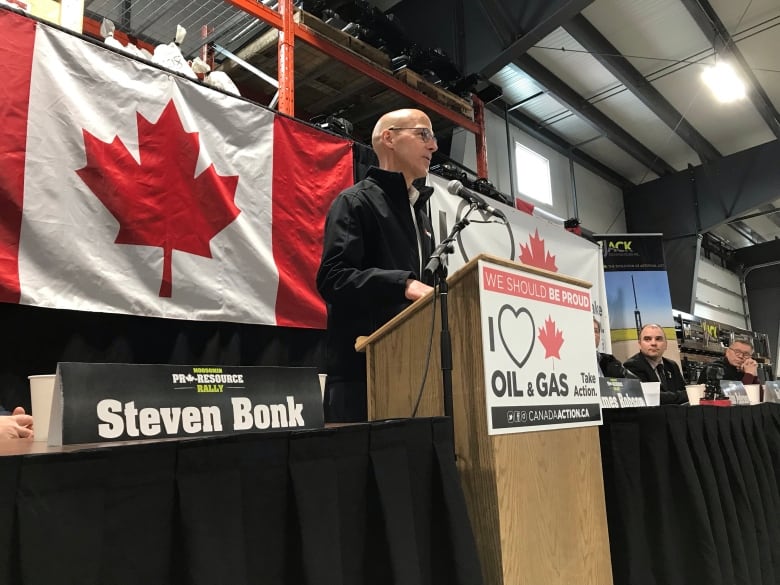 Speakers were scheduled to address the crowd on issues affecting the oil and gas sector. (Trevor Botherel / CBC)

The rally was organized by Moosomin Economic Development, with Moe saying that the southern Saskatchewan town of about 2,500 people was among the communities that depended on a thriving oil and gas industry.