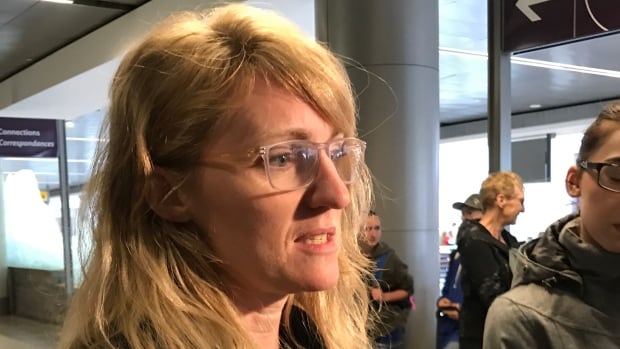 A dozen missionaries working in Haiti landed safely at the Calgary airport on Sunday after violent riots centred in the country’s capital stranded them for days.

Working for the aid group Haiti Arise, the missionaries had been stranded at a compound near Grand Goave, about 65 kilometres west of the capital city of Port-au-Prince.

« I was sad to leave because I have family down there and friends. And it was different because I hadn’t been in that kind of situation before in all the times I’ve been to Haiti.… It is scary because I know a lot of people in the general area where the riots are happening, » said 12-year-old Miesha Honorat, whose parents co-founded the group and whose father remains in Haiti.

« He didn’t want to send the wrong message, that anytime there’s something wrong we just all leave, » said Lisa Honorat, Miesha’s mother.

Around two dozen Haiti Arise missionaries, who had planned to return on Wednesday, were airlifted by helicopter to Toussaint Louverture International Airport in three waves on Saturday. From there, the group flew to Miami, where they spent Saturday night.

While 12 missionaries returned to Alberta on Sunday, at least a dozen other members of the group are still waiting for flights out of the U.S.

The cost of the evacuation for the whole group is about $6,900, which they are paying themselves.

They were originally scheduled to leave the country on Wednesday, however the ongoing protests meant ground travel was impossible as several of the main streets and roads are blocked or damaged.

Honorat said the family remains committed to their humanitarian work and plans to return once circumstances are safer.

« They always bounce back somehow. So we just try to be there and support and help in any way we can, » she said.

Most of last week’s demonstrations occurred in Port-au-Prince, with protesters demanding the resignation of Haitian President Jovenel Moïse over skyrocketing inflation and the government’s failure to prosecute embezzlement from a multi-billion dollar Venezuelan program that sent discounted oil to the country.

Protests are expected to resume this week. 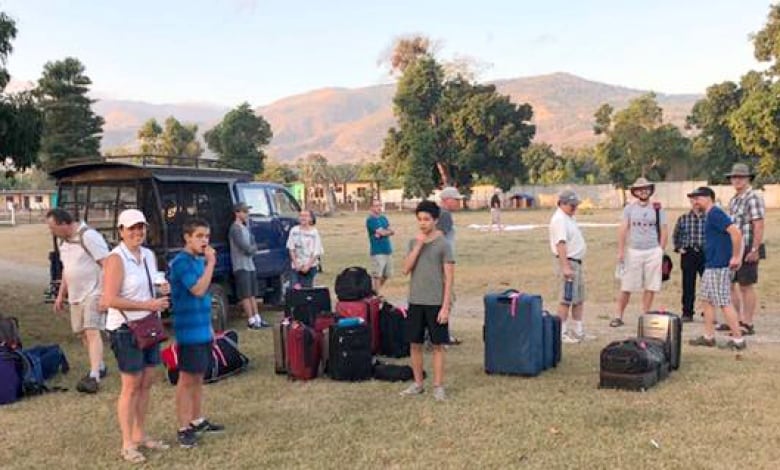 A group of missionaries from Alberta wait for a helicopter to take them to the Haitian capital of Port-au-Prince on Saturday. (Haiti Arise/Facebook)

On Tuesday, Global Affairs Canada issued an advisory warning against all non-essential travel to the country. On Thursday, it advised against all travel.

The Canadian Embassy in Haiti was also closed on Wednesday due to the unrest.

Working in the country since 2002, Haiti Arise has three compounds near Grand Goave.

Among the Canadians trapped in Haiti were missionaries, medical personnel, tourists and students. Many have been slowly making their way to the airport via helicopter or, in some cases, dangerous road journeys. 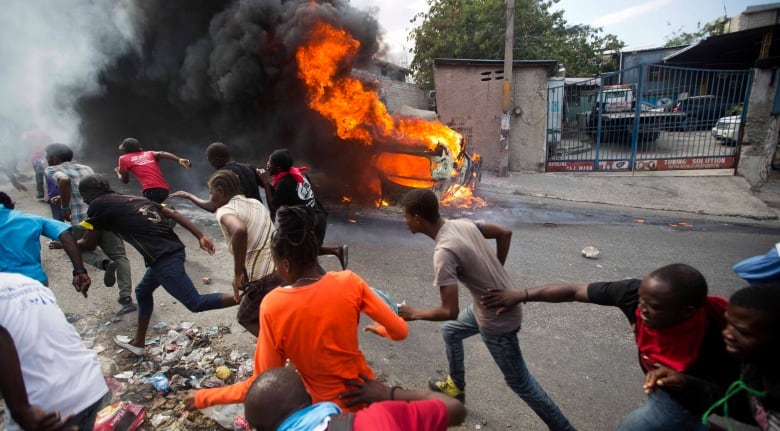 Demonstrators run away from police who are shooting in their direction, as a car burns during a protest demanding the resignation of Haitian President Jovenel Moïse in Port-au-Prince on Tuesday. The protests have blocked access to the airport. (Dieu Nalio Chery/Associated Press)

Some 113 Quebec tourists who had been trapped at a Haitian resort by the protests were also evacuated to the airport by helicopter and were flown to Montreal Saturday night on a chartered commercial flight.

Air Transat also said a group of high school students from Victoriaville, Que., and their chaperones, who had been on a humanitarian trip, were on a flight that was expected to land in Montreal on Sunday evening.

Also travelling home on Sunday were another group of Christian missionaries based out of Montreal, who had been staying in a village some 200 kilometres west of Port-au-Prince.

Michel Bougie, a spokesperson for La Bible Parle, said the group had to hire a Florida-based plane service to get its 26 members to the airport after the Canadian government didn’t step in to offer any practical help.

Vancouver Police search for missing senior with dementia  – BC

‘You don’t look like a lawyer.’ Female lawyers and lawyers of colour angered by mistaken identity in court