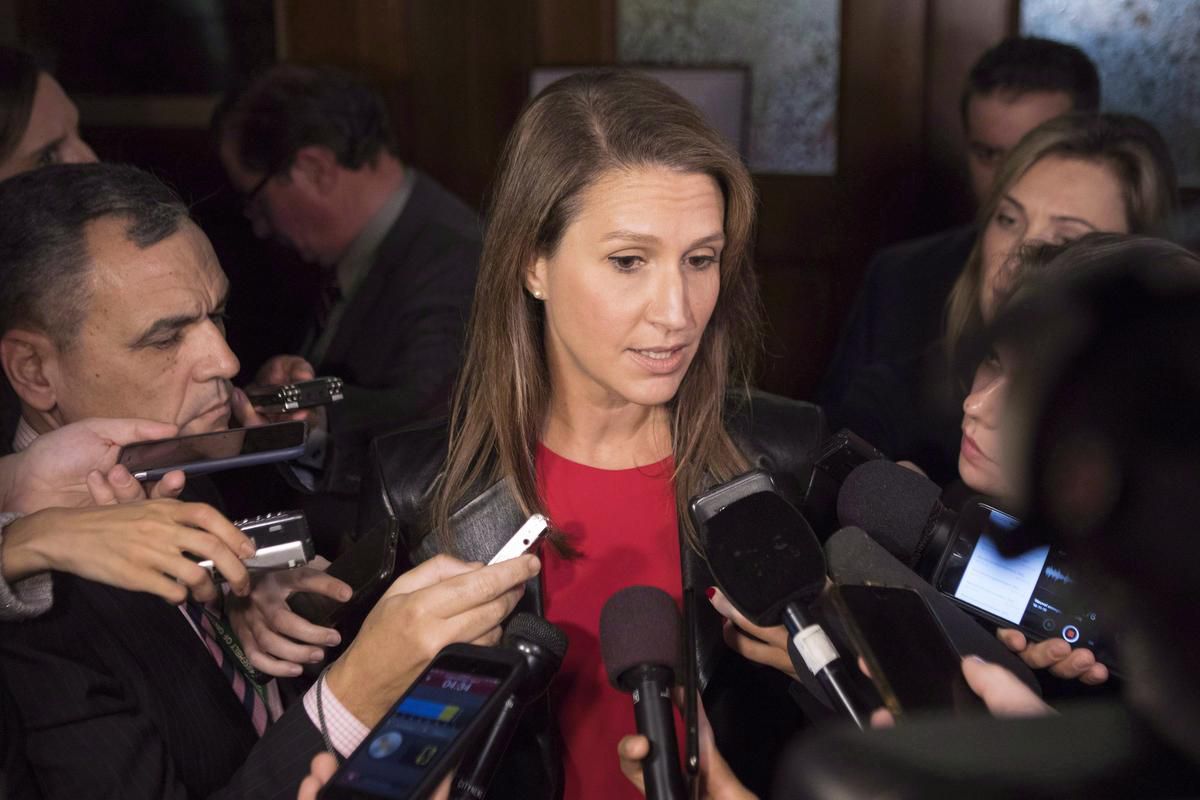 Almost a year later, and they are no closer to getting an answer.

Despite a recent meeting with the attorney general, Ontario’s rape crisis centres say they have no idea if additional funding will come through — and they are now simply asking the government to provide them with a timeline of when they might find out.

As the centres “wait for information from the ministry, survivors of sexual violence, meanwhile, continue to wait for services,” said Nicole Pietsch, co-ordinator of the Ontario Coalition of Rape Crisis Centres, noting that yearly calls have shot up to more than 50,000 from 30,000 a decade ago.

The Feb. 6 meeting with Attorney General Caroline Mulroney and her staff “was disappointing — we feel we are in the same place we were last October, which was the last time we spoke to policy advisers,” Pietsch said.

Mulroney, she added, “offered appreciation for the important work folks in our sector are doing. But she didn’t give any new information; she didn’t have anything to share about a gender-based violence action plan.

Mulroney spokesperson Jesse Robichaud repeated an earlier statement on the issue, saying “our government is committed to providing victims, their families and witnesses of violent crimes with the supports and services they need, in the communities where they live.

“Our staff have met with the coalition and we will continue to engage with it on these important issues.”

Ontario’s English and French-language rape crisis centres had been counting on the 30 per cent increase over three years — announced by the previous Liberal government — which they now realize will likely not materialize for this fiscal year which ends next March.

Some still have the same staffing levels they did in the 1990s, and had been hoping to use the money to hire more front-line full-time and part-time staff, given the huge demand.

The Liberals had pledged $14.8 million over the three years as part of a gender-based violence strategy.

Even in Mulroney’s own York Simcoe riding, the sexual assault centre serving the entire York Region has not been able to keep up with demand given the area’s booming, diverse population.

“What we’ve been receiving from the ministry just hasn’t been enough for so long,” said Jacqueline Benn-John, executive director of the Women’s Support Network of York Region, where there is a wait-list of three to six months.

“We are the only rape crisis centre serving all of York Region,” said Benn-John, adding it took 2,129 crisis calls alone last year.

“The outreach is challenging in a region of our size, and there’s the added complexity of the regional diversity — geographically, there are very rural and urban areas, and we have parts with no bus service” which limits access to services.

The centre has been applying for provincial grants to help narrow the funding gap, and provide programs specifically for survivors of human trafficking or women who are in need of housing.

“I think it bothers every sexual assault centre that we haven’t received the funding,” Benn-John said. “And that’s because the need is there — the need has been there, and it has been demonstrated by research independently undertaken by the province.”

Pietsch said the meeting with Mulroney on Feb. 6 was supposed to be face-to-face, but inclement weather forced a conference call instead, one that also included representative from the French-language rape crisis organizations.

The coalition of 37 centres is hoping to speak to ministry representatives in the future to outline the incredible demand they are dealing with amid the #metoo and #timesup movements.

Increased awareness about sexual assault and consent has seen “so many people stepping forward, but we have received the level of funding to deal with the increase in referrals,” said Benn-John.

The rape crisis centres also want to be involved in any new plans to address violence against women.

“We’ve asked to meet again,” added Pietsch, “because we want to see some progress on this.”

MPP Suze Morrison, the NDP’s women’s issues critic and a sexual assault survivor, said the government is “forcing front-line workers to beg for funding that was already promised and allocated, and we’re less than two months away from the end of the fiscal year.”

The rape crisis centre serving the Muskoka area had been counting on $89,000 this fiscal year to hire more front-line counsellors to deal with three times the caseload — it currently has the same staffing levels as the 1990s.

The Toronto Rape Crisis Centre/Multicultural Women Against Rape had been allocated $159,000 to help deal with an 18-month wait list.

Counsellor deb singhhas said “services could be strengthened if this funding had been granted months ago.”

Rape crisis centres fall under the attorney general, which has said the government is reviewing all spending as it works to bring down the deficit.

“We recognize that these organizations do important and valuable work in their communities, and this review will be an opportunity to align service levels with needs and better co-ordinate and deliver services in the most sustainable and effective way,” Mulroney’s office has said in the past.