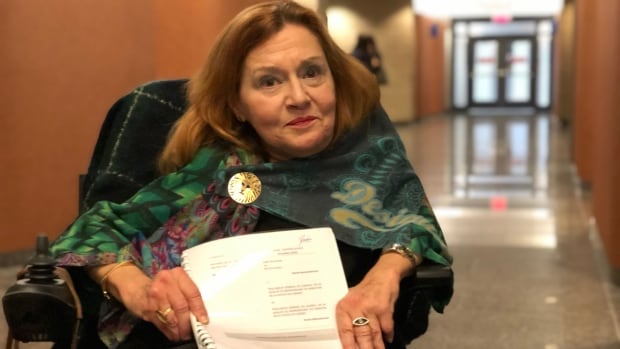 During a break in her court proceedings, Nicole Gladu wheeled down a corridor of the Montreal courthouse in the electric wheelchair she was forced to start using last month — a sign, she says, of how quickly her muscles are degenerating.

« I consider myself like a house, where the brick and the mortar are just giving up, » she said.

Gladu, who had polio as a child and later developed post-polio syndrome, says her suffering has intensified, particularly in the past two years, and her body can no longer support her.

« I don’t want to die. I want to stop the suffering, » Gladu told reporters. « The death is not the object, it is the means. »

« For me, living like I am actually, it’s an existence, much more than a life. »

Gladu is one of two Quebecers challenging Quebec’s and Canada’s medical aid in dying laws. They want the right to access a doctor’s help to die, even if they are not yet close to the end of their natural lives.

Gladu, 73, and co-plaintiff Jean Truchon, 51, argue both the provincial and federal laws are too restrictive. 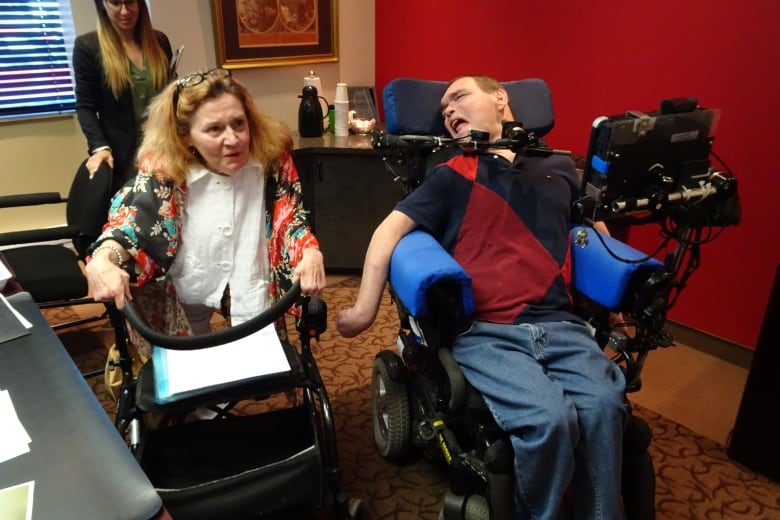 Gladu believes the concept of « foreseeable death » leaves too much to the interpretation of doctors evaluating each case.

« All my life, it was my … nature to control life as much as I could, » Gladu, a former journalist, told reporters outside the courtroom. « I guess I want to get old the same way. »

Lawyers for the federal government have argued that the « foreseeable death » criterion is necessary to protect « vulnerable » people who are suffering from a serious ailment but are not fatally ill from using the law as a way to die by suicide.

But lawyer Jean-Pierre Ménard said during closing arguments Monday the laws don’t define who is a vulnerable person and argued there is a difference between suicide and medical aid in death.

« The action they want to take has nothing to do with suicide, » he said.

Ménard said psychological evaluations of his clients have shown that they are able to consent and are not suffering from depression or any other psychological condition that could impair their judgment.

He argues that other provisions in the law already protect those who are vulnerable, as doctors must assess their mental state and determine that they are making an informed choice before granting their approval.

As well, those approved for medical aid in dying must demonstrate their capacity to consent right up until the final moment.

Truchon and Gladu suffer from serious health problems that cause persistent and intolerable suffering, and their conditions have deteriorated significantly, he said.

Truchon, who was not at court today, has cerebral palsy and lost the use of his only functioning limb in 2012.

Ménard argued that the laws, as written, do not accurately reflect the Supreme Court’s unanimous Carter decision in 2015, which did not include any stipulation that a person must be close to a natural death in order to access a doctor’s help to end their life.

The Supreme Court’s decision said those with a « grievous and irremediable medical condition » should have the right to access medical aid in dying.

The Quebec and federal governments will make their closing arguments in support of the existing laws, once Ménard wraps up his arguments.

That’s expected to take until Feb. 28.

The Ford government set for changes to the planning act, education and health care