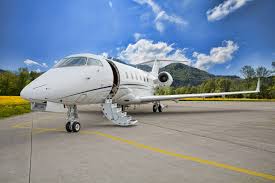 MONTREAL — Learjet, the sleek private jet used by celebrities for decades, is ending production this year, following a slump in demand due to competition from newer and less-expensive rivals.

Created by American entrepreneur Bill Lear, the Learjet 23 first took off from Wichita, Kansas in 1963, forging a new market for modern business aircraft with owners like Frank Sinatra, while shattering speed records.

Some 3,000 Learjets, which seat up to nine passengers, have since taken to the skies with a bullet-shaped nose, capable of flying close to the speed of sound at Mach 0.81.

Bombardier, which acquired Learjet in 1990, said last week production would end this year. But it will service the plane, which accounts for about 42% of its in-service fleet of just under 5,000 business aircraft, according to JETNET data.

Learjet’s performance, described by some private pilots as the closest they’d ever get to flying a fighter jet, couldn’t beat rivals’ lower cost.

Embraer’s Phenom, for example, listed for about $9 million, compared with a Learjet 75, at around $13 million.

« Customers want a nice Mercedes in that segment, but I don’t know if they want a Ferrari anymore, » said aerospace analyst Rolland Vincent, comparing Learjet to the Italian sports car.

Keeping older planes relevant through upgrades in an industry that covets the latest model is a useful lesson for planes like Bombardier’s Challenger 650, said Vincent.

Masluch said the 650 remains competitive in its market space and appeals to certain segments.

Bombardier’s plans for a larger Learjet 85, made of lightweight composites, didn’t materialize, ending in a $1.2 billion write-down in 2015.

Bombardier tried to compete on price in 2019, by launching the Liberty Learjet 75 at $9.9 million.

The plane nabbed an order as an air ambulance, a niche vocation for the Learjet.

Still, Learjet lost ground, with just 11 deliveries last year, compared with 112 deliveries in 2001, according to JETNET data and Bombardier.

« At the end of the day there were more current options out there, » said Guardian Jet managing partner Don Dwyer.

But the fast and sleek Learjet will always have its supporters, said Adam Twidell, chief executive at Private Fly.

The global booking service for charter flights still gets requests from passengers to « ‘keep my Lear waiting,' » he said.