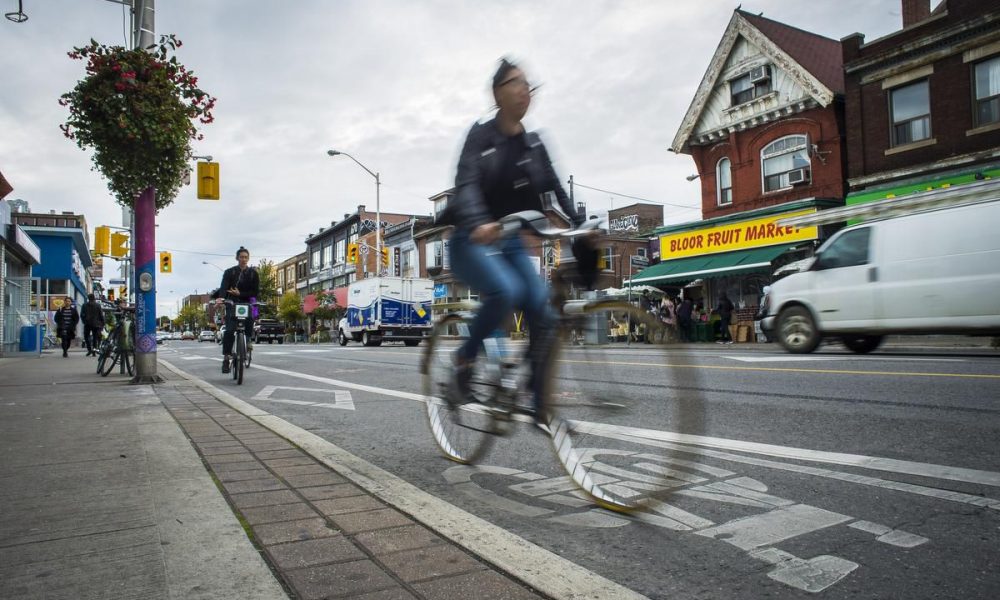 More than two years after council approved an ambitious 10-year cycling plan, the city has built less than 6 per cent of the bike lanes the blueprint calls for, and has underspent by millions of dollars the annual budget council allocated to expand the bicycle network.

When the $153.5-million plan was introduced in May 2016 many advocates hoped it would kick-start the kind of aggressive expansion of bike infrastructure they argue is required in a city where cycling rates are climbing. But the latest stats have them asking what went wrong.

“I’ve spoken with many members of council, many advocates, and quite frankly we all feel the same way, which is we have no idea what’s going on with this bike plan,” said Jared Kolb, executive director of the Cycle Toronto advocacy group.

He said the city’s execution of the plan “has not delivered on the expectations.”

That’s well below the annual rate required to meet the targets in the bike plan, which was approved in June 2016 and calls for approximately 560 lane kilometres of painted and protected bike lanes to be built on busy streets over the next decade.

And though council approved a spending plan that would see the city invest $12 million in the plan in 2017 and $16 million each year after that, spending has yet to reach that level. The city spent $11 million on the cycling plan in 2017, and just $10 million last year.

Kolb said a major reason the bike plan hasn’t delivered is that when councillors approved it they decided not to endorse major corridor studies that staff recommended and could lead to bike lanes on major arterials like Jane St., Kingston Rd., Kipling Ave., and Midland Ave. Studies that were already underway on corridors including Yonge St. and Bloor St. were allowed to go ahead.

Kolb also questioned why a detailed schedule included in the plan that set out which projects would be built in which year also seems to have fallen by the wayside, with projects like Donlands Ave. bike lanes listed for 2018 not being installed.

City spokesperson Wynna Brown said the underspending on the plan to date “reflects that projects take time to move through the planning, design and approval process.”

As to why some projects planned to be installed by now have yet to be completed, she stressed council adopted the 10-year plan “in principle.” Many cycling projects are supposed to be installed in conjunction with other planned road work like resurfacing, and sometimes they are rescheduled if the related work is delayed.

Brown said bike-plan spending is projected to dramatically increase this year to $44 million, thanks in part to an injection of federal infrastructure funding. Projects the city has selected for the federal program include cycling facilities on Eglinton Ave. W. and in the Flemingdon Park and York University neighbourhoods.

Councillor James Pasternak, chair of the infrastructure and environment committee that oversees implementation of the bike plan, said the city has recently scored important successes like the installation of the Bloor bike lanes and the committee vote to keep the Richmond and Adelaide Sts. cycle tracks. But he acknowledged “we’re not at the pace that we want to be as far as the 10-year cycling network plan is concerned.”

He said one factor is the city hasn’t hired enough staff to implement the bike plan. The councillor said he would look into making additional hires, but he was confident the city can still get the plan back on track. He noted there are 18 bike projects planned for 2019.

“I think we can really ramp up in the coming year and catch up to some of the lost ground. So it’s very exciting,” he said.

City staff are expected to report back to council in the second quarter of this year with an update on the bike plan, including recommendations on whether to proceed with bike lane studies on the major corridors that weren’t initially approved.

Councillor Joe Cressy, a vocal cycling advocate, said major streets need to be added back into the plan, otherwise the city will be confined to improving cycling routes on less-used residential streets.

“Without adding the major corridors into the plan, we’re not building a true cycling network,” he said.

Last year, five cyclists died in Toronto, according to statistics compiled by the Star. The number exceeded any single year total for cyclist fatalities in a police database that goes back to 2007. The police use different methodology to track the deaths than the Star. 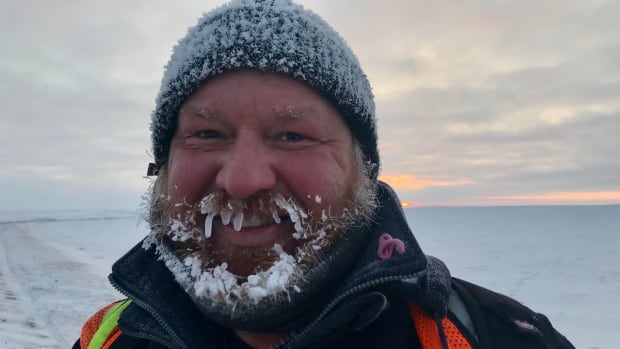 Dana Meise has been walking for a long time.

« I’ve walked for 10 years and I hiked the Trans Canada trail, » he told CBC at a stop along the Inuvik Tuktoyaktuk Highway.

In the grand scheme of things, the 138-kilometre highway is a walk in the park compared to the rest of his decade-long, 21,000-kilometre journey. 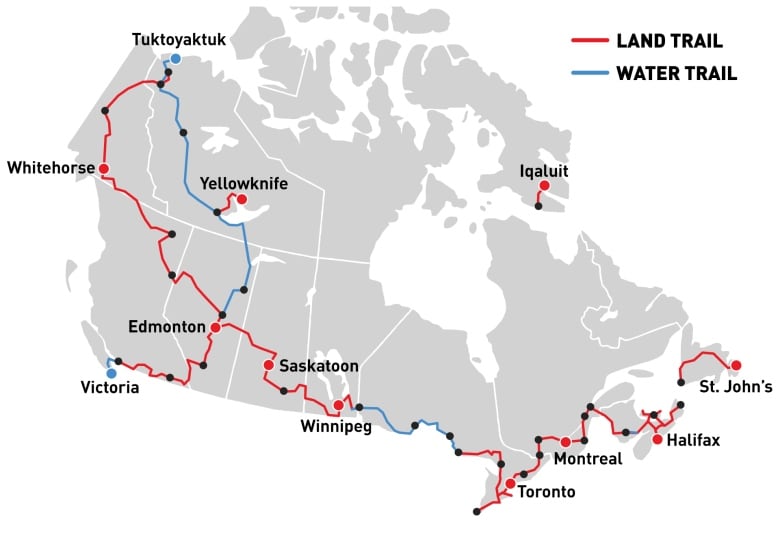 Completing this hike makes Meise the first person to touch all three coasts on the Trans Canada Trail.

He was inspired to start this journey after his father lost his ability to walk.

« He really liked to explore, so it was just this clicking moment where I was like, ‘Dad, I’ll walk enough for the both of us,' » Meise said.

Between a nasty fall earlier this month that briefly put him in hospital, family emergencies, and his tent getting shredded by ravens, Meise said it’s been a challenge to finish this final stretch.

« I should have been done weeks ago and then I wouldn’t have to go through all this cold, » he said. 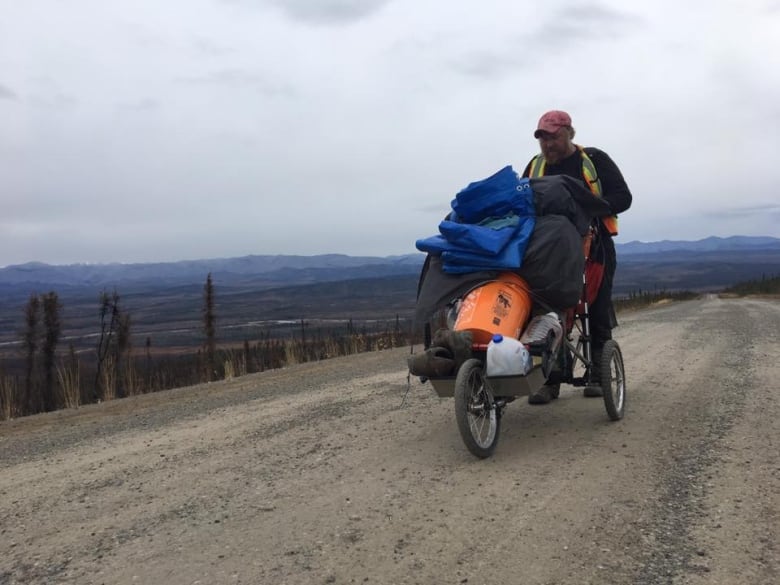 Dana Meise pushes a buggy loaded with his gear up a stretch of the Trans Canada trail as he hikes towards Tuktoyaktuk, N.W.T. (Dana Miese)

At night, he said it’s dropped as low as -40 degrees with the wind, and he got a nip of frostbite earlier this week.

Nevertheless, on Thursday evening he made it to Tuktoyaktuk, completing his lifelong dream; and it’s in part thanks to the community.

« Luckily the people of Tuk have really rallied for me, » he said. « Without them I don’t think I could have actually completed [this]. And I was so close, so I’m extremely grateful. »

People stopped on the side of the road to drive him to Tuktoyaktuk to spend the night, then they would drop him where he left off the next morning. 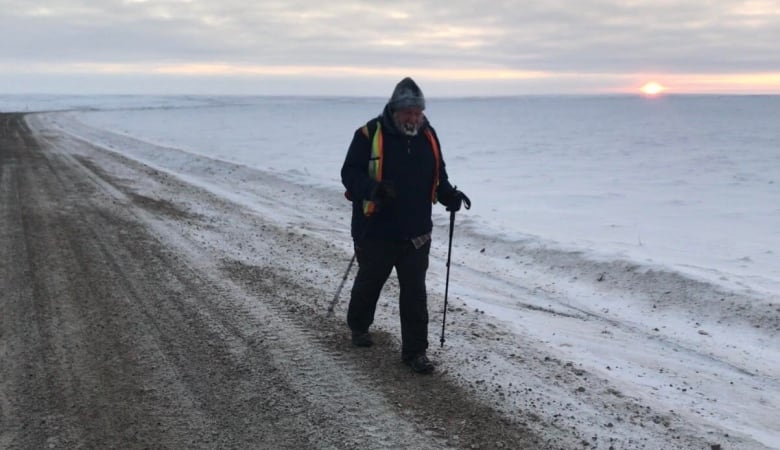 The final leg of Meise’s journey has been tough. He’s suffered frostbite, took a nasty fall and his tent was shredded by ravens. (Gabriela Panza-Beltrandi/CBC)

The trip has not been all in one go.

For half the year Meise would go back to work as a forestry technician in Prince George, B.C.; he was also out of commission for three years after a workplace accident in 2015.

But he didn’t give up.

« I think there’s a lesson we learn about just following through with what you said you’re going to do. »

He hopes to turn his adventure into a book and a documentary.