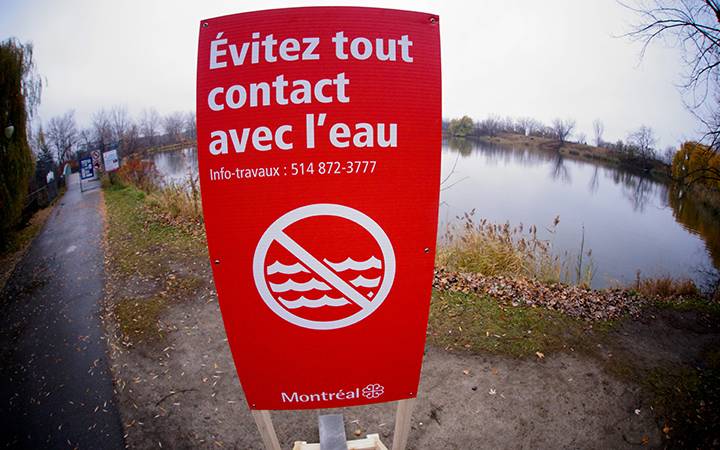 The city of Longueuil will be dumping up to 160-million litres of raw sewage into the St. Lawrence River starting Nov. 15.

The city says the move is necessary because they need to replace two damaged sections in their underground infrastructure that feeds sewage to a treatment facility.

Longueuil says they’ve obtained permits from both the Quebec and Canadian governments to proceed with the dump.


READ MORE:
Why is Montreal dumping 8 billion litres of sewage into the St. Lawrence?

One of their pumping stations will have to be closed during the works and that’s why they’ll have to dump the sewage.

“The course of action that was chosen is the one that will have less impact on the fauna and environment, people using the river and citizens,” the city said in a press release.

They added the month of November was chosen because there is less activity on the river, less people use the St. Lawrence River, water levels are low, and it’s not mating season for several fish species.

Longueuil says they will take all necessary precautions to inform residents and people who visit the area of the works.

No interruptions to water services or to traffic are expected, however, the city says residents should limit their water consumption between Nov. 15 and Nov. 22.

Although the city of Longueuil is expected to dump nearly 160 million litres of raw sewage into the province’s main river, the amount pales in comparison to the eight-billion litres the city of Montreal released in 2015.

The mayor at the time, Denis Coderre, said the city had no other choice. They also needed to repair the infrastructure.

Several environmental groups deplored the move and nearly 99,000 people signed a petition to stop the dumping.

The province’s capital dumped about 46-million litres of raw sewage over 12 hours last February in order to do scheduled maintenance work on a pumping station.

— With files from Andrew Russell and The Canadian Press