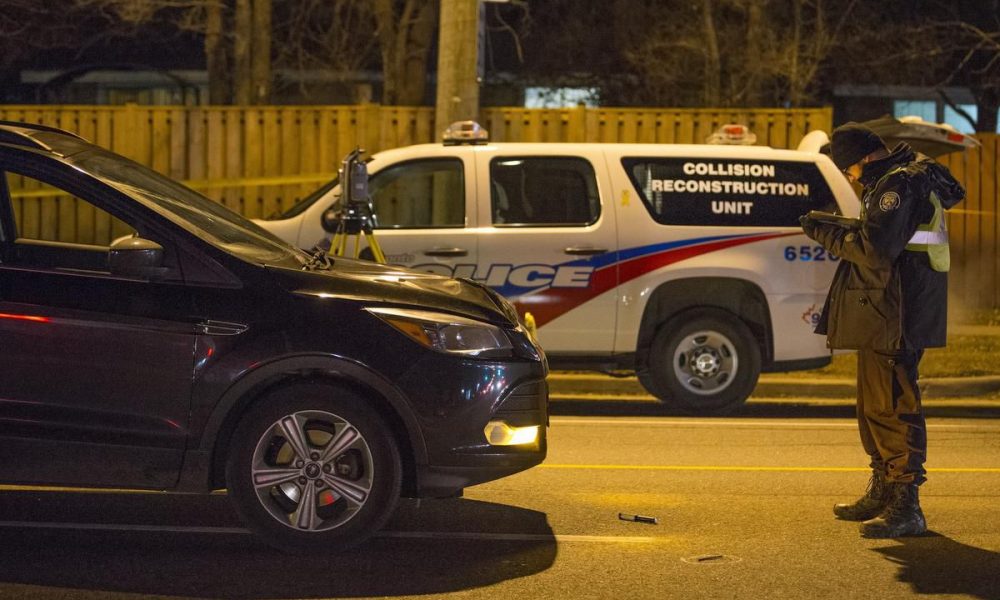 Two years after city council approved a plan to end traffic deaths, Toronto appears to have matched a recent one-year high for pedestrian and cyclist fatalities.

The latest death occurred on Tuesday, when Toronto police Const. David Hopkinson said a man in his 60s died after being struck by a vehicle at Midland and Dorcot Aves., near Donwood Park Public School in Scarborough.

According to statistics compiled by the Star using police and media reports, 45 pedestrians and cyclists have been killed so far this year.

With 27 days left in the year, the total ties the Star’s count for all of 2017. It also exceeds the number of pedestrian and cyclist deaths recorded in any single year in a police database that goes back to 2007.

The Star’s pedestrian and cyclist death counts differs from the one maintained by police. That’s in part because Toronto police figures don’t include deadly collisions that happen on private property, such as in the parking lots of apartment buildings or malls, or on provincial 400-series highways within Toronto.

The Star tracked these incidents since 2017, but does not have independent data for previous years.

It’s unclear if this year’s total surpasses previous years overall, as the Star does not have independent data on pedestrian and cyclist deaths before 2007.

Tuesday night’s victim was struck while crossing the street. Police responded to a call for personal injury collision around 7:30 p.m. and found the man on the ground without vital signs. He was pronounced dead at the scene.

Police said the driver remained with the victim. There was no immediate word on whether charges would be laid.

The incident brings the total number of pedestrians killed so far this year to 40. Five cyclists have also died.

The police count does not include the death of a cyclist in Don Mills who hit a parked vehicle, or a man killed by an alleged hit-and-run driver in the parking garage of an apartment building.

In July 2016, city council approved a road safety plan dubbed Vision Zero, the stated goal of which is to eliminate serious injuries and deaths on the roads. Council has allocated more than $100 million to the five-year plan.

The Star omitted the death of a waste collector who died on the job when he was crushed by a garbage truck’s side loader. The police recorded that incident as a traffic death. 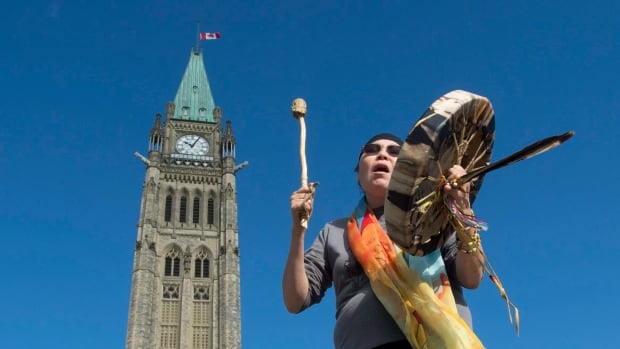 A last-ditch effort to challenge the court-approved settlement of the ’60s Scoop class action failed Friday when a judge tossed the novel attempt as lacking any substance.

In his decision, Judge John Laskin of the Federal Court of Appeal said the applicants had provided no support for their highly unusual motion seeking leave to appeal the settlement.

« The evidence filed by the applicants is inadequate in the extreme, » Laskin wrote.

The ruling, barring any further court machinations, paves the way for implementation of the $750-million class-action settlement. The federal government had said it could not proceed with payouts to victims pending finality in the court proceedings.

The request to appeal the agreement finalized over the summer rather than opt out — fewer than a dozen class members did so — came from a group of 11 claimants who said they were Scoop victims, although two of the plaintiffs subsequently dropped out of the proceeding.

They filed their application through a law firm that had been shut out of the $75 million in legal fees agreed to as part of the class-action settlement.

Among other things, they alleged they were excluded from the process that led to court approval of the agreement that would pay survivors as much as $50,000 a piece for the harms done when they, as children, were taken from their Indigenous families and placed with non-Indigenous ones. They also expressed unhappiness over the fees awarded to the lawyers who negotiated the deal.

Laskin noted the applicants had failed to show they were survivors of the ’60s Scoop and therefore members of the class. Nor did they provide evidence that an appeal of the settlement would be in the best interests of survivors, he said.

One of the applicants, Joan Frame, of Hamilton, had alleged to The Canadian Press that the lawyers who negotiated the settlement — some of whom worked on the case for free for the better part of a decade — « resorted to trickery » to get the agreement.

« To allow people to win illegally and make money off our backs and suffering again should not be allowed to happen, » Frame had said.

Laskin also took issue with such assertions, saying the applicants had offered no evidence in support.

While it is normal in litigation for the losing party to be on the hook for the legal costs incurred by the winners, the winning lawyers are seeking costs personally from the lawyer who filed the appeal motion given the serious misconduct allegations he made against them.

Laskin declined to award costs until Jai Singh Sheikhupura with Vancouver-based Watson Goepel has had an opportunity to make submissions. He has until Nov. 19 to do so.

« We are pleased that the Federal Court of Appeal has cleared away the last impediment to the settlement being implemented, » said Kirk Baert, one of the lawyers involved in the class action. « Now the settlement funds can flow to the survivors as intended. »

The $75 million in legal fees, which the federal government agreed to pay to four legal firms separately from the compensation to the Scoop survivors, became a flashpoint earlier this year when Ontario Superior Court of Justice Edward Belobaba said they were far too high.