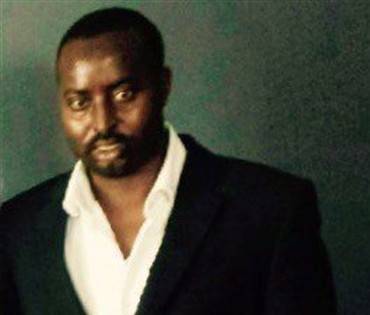 The high-profile criminal trial of Ottawa police constable Daniel Montsion is set to begin Monday, two and a half years after Abdirahman Abdi died following an altercation with city police outside his apartment building in Hintonburg.

Ontario’s Special Investigations Unit (SIU) charged Montsion in 2017 with manslaughter, aggravated assault and assault with a weapon, following an investigation into the circumstances surrounding the 37-year-old Somali-Canadian man’s death in 2016,

Police were dispatched on the morning of July 24, 2016, in response to reports of “multiple assaults” at a coffee shop west of downtown Ottawa. After attempting to make an arrest, officers chased Abdi on foot and a struggle ensued in front of his apartment building on Hilda Street.

In its statement announcing the charges laid against Montsion in 2017, the provincial police watchdog said there was “an interaction” between Montsion, another police officer and Abdi that Sunday morning and Abdi “went into medical distress.”

Video footage recorded after the confrontation showed a handcuffed, bloodied and unconscious Abdi lying on the ground. He died in hospital the next day.

Family, friends and the Justice for Abdirahman Coalition have described Abdi as someone who had mental health challenges but who was not violent.

His death sent shock waves throughout the Ottawa community and across Canada, sparking questions about racial profiling, police brutality and mental health supports, and prompting demands for police training reform.

Montsion’s trial begins Feb. 4 and has been scheduled for a three-month period. Montsion is being represented by well-known Ottawa criminal defence lawyer Michael Edelson.

Both Edelson and Philip Perlmutter, the Toronto Crown prosecutor assigned to the case, declined to speak with Global News ahead of Monday’s trial.

The Ottawa Police Association did not respond to a request for comment.

A community vigil and candlelit walk was held Friday night in Abdi’s memory and to inform the public on how they may support Abdi’s family during the trial period.

“Nearly three years later, the injustice and pain of Abdirahman’s death continues to ripple through his family and his community,” a description for the event read.

As support rallied around Abdi’s relatives in the aftermath of his death, so it did around Montsion after the SIU laid charges against him.

In late March 2017, it was reported that black and blue rubber bracelets were being purchased and worn by members of the Ottawa Police Service (OPS) in solidarity with the criminally charged officer.

The bands were inscribed with the words “united we stand” followed by Montsion’s badge number on the outside, and “divided we fall” on the inside.

Ottawa’s disbanded community police advisory group expressed concern at the time that the bracelets were causing needless tension and division as Montsion’s case progressed through the courts.

The president of the Ottawa Police Association said in the response that the wristbands were not part of the OPS uniform and officers would not wear them while on duty.

– With a file from The Canadian Press