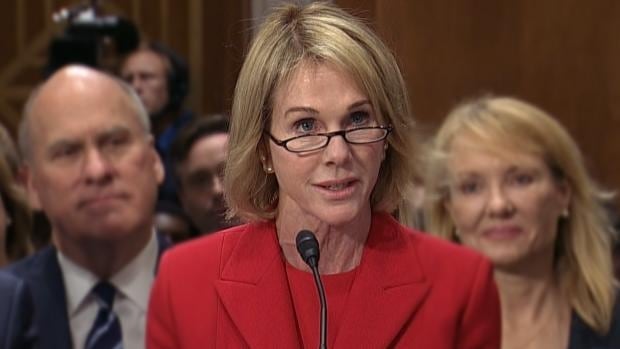 Donald Trump’s top representative in Canada is denying Chinese claims of a political motive behind the arrest in Canada of a key executive with the Chinese telecommunications firm Huawei.

U.S. Ambassador Kelly Craft said the claim circulating in Chinese state media that Huawei CFO Meng Wanzhou’s arrest in Canada was part of a political conspiracy engineered by Ottawa and Washington to punish Chinese tech firms or pressure Beijing over its trade practices is « absolutely false. »

Craft told Canadian journalists from her Ottawa residence this morning that Meng’s arrest and possible extradition to the United States are part of an ongoing « independent judiciary process » and that the situation is « very delicate. »

« This is part of our judicial process. It is just a matter that I cannot comment on, » she said.

Asked how she took Chinese threats of unspecified « consequences » for Canada over Meng’s arrest, Craft again cited the need to respect the legal process.

« Once again, this is a judicial process, it is a very delicate process, and I don’t want to be involved in something that is an ongoing independent judiciary process, » she said. « (Canadian and American) law enforcement works very closely together. »

Meng. 46, is Huawei’s chief financial officer, and also the daughter of the firm’s founder. She was arrested in Vancouver on Dec. 1. She is wanted for extradition to the U.S. on allegations of fraud, including using a shell company to skirt international American sanctions on Iran over five years.

Meng’s bail hearing in Vancouver continues today. At issue Monday was the question of whether she poses a flight risk.

Craft was also asked whether the Americans have talked to Canada about how it might cope with the diplomatic and economic fallout from banning Huawei from taking part in building Canada’s 5G telecommunications network.

In a recent letter to Prime Minister Justin Trudeau, Senators Mark Warner and Marco Rubio urged him to keep Chinese tech out of the planned new high-speed network, warning that allowing Huawei into Canada’s 5G would put intelligence-sharing between Canada and the U.S. at risk.

Craft kicked the question up the ladder: « We had spoken to all our allies about this issue. It’s something that’s between my administration and your administration. The Canadian government will make that decision based on their findings. » 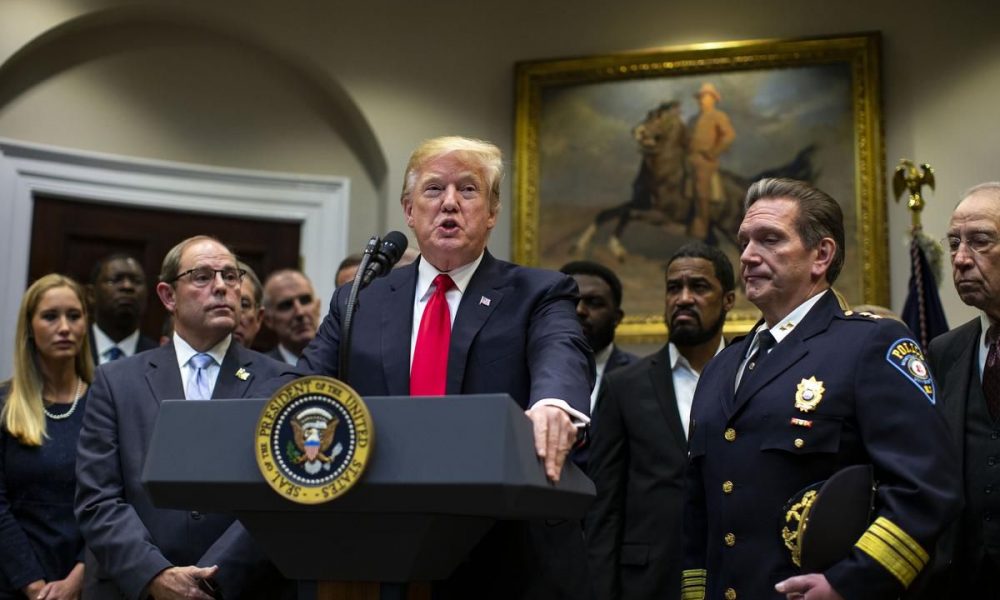 WASHINGTON — Fresh off three days of private meetings with his personal lawyers, President Donald Trump renewed his attacks on Thursday on the special counsel investigation, calling it “A TOTAL WITCH HUNT LIKE NO OTHER IN AMERICAN HISTORY!”

The barrage, launched on Twitter, ended a period of relative quiet by the president about the investigation, which has ensnared some of his former aides.

The text of Trump’s tweets: “The inner workings of the Mueller investigation are a total mess. They have found no collusion and have gone absolutely nuts. They are screaming and shouting at people, horribly threatening them to come up with the answers they want. They are a disgrace to our Nation and don’t care how many lives the ruin. These are Angry People, including the highly conflicted Bob Mueller, who worked for Obama for 8 years. They won’t even look at all of the bad acts and crimes on the other side. A TOTAL WITCH HUNT LIKE NO OTHER IN AMERICAN HISTORY!”

In recent days, Trump had been relatively quiet about the investigation. He returned Sunday from a trip to Paris to face criticism for his decision to skip a solemn visit to an American cemetery in France, part of events to mark 100 years since the end of World War I.

When he got back to Washington, Trump stepped into private sessions with his personal lawyers, people close to the legal team said. They were drafting answers to questions from the special counsel, Robert Mueller, whose team is investigating possible links between Trump associates and Russia’s election interference and whether Trump has obstructed the inquiry itself.

But it was unclear what may have motivated Trump’s messages on Thursday morning.

Trump’s former personal lawyer, Michael Cohen, was spotted by an ABC News crew on Monday en route to see Mueller’s team. Cohen has pleaded guilty to a string of crimes, and said under oath that his client ordered him to make hush payments to an adult-film actress claiming in 2016 that she had had an affair with Trump.

The president’s legal team and aides have pleaded with him for months to avoid writing Twitter posts about Mueller. The president has long complained privately about what he believes to be Mueller’s conflicts of interest, despite the Justice Department’s review and conclusion last year that Mueller had none.

Mueller has sought to ask the president about any possible coordination with Russia during the campaign and whether he intended to obstruct the investigation.