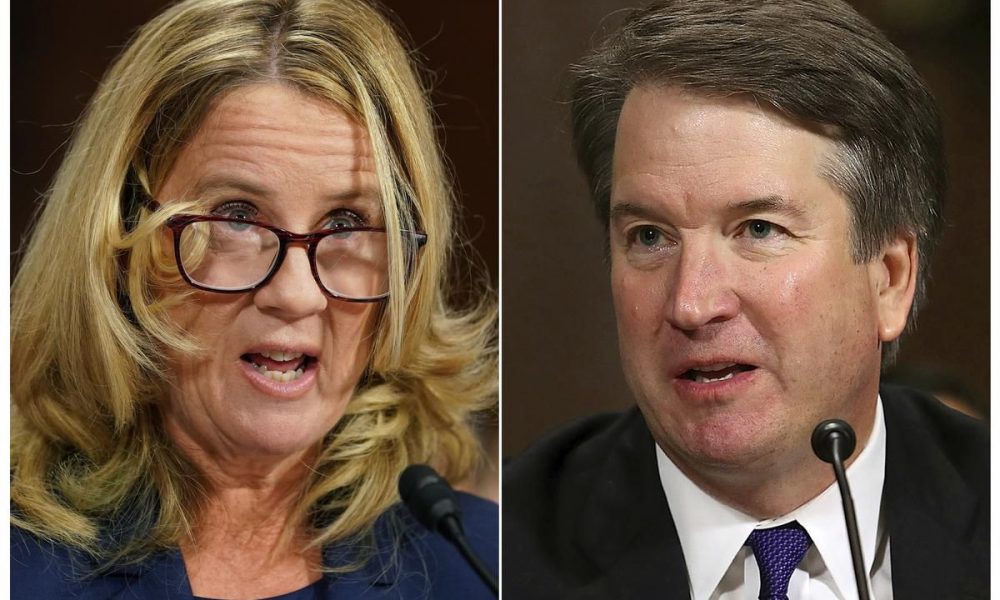 What is the future of #MeToo?

If you want to stop reading right there, I won’t blame you. It is hard to find another recent story that has garnered so many words, such debate, angst and politicking. I apologize for adding more.

But when asked by the Toronto Star to write a companion #MeToo column, the temptation was too great. Full disclosure: the Star’s Vinay Menon, who wrote the other column, is a good friend of mine. We once had a lively debate about Jordan Peterson. We agreed to disagree.

Thing is, this just doesn’t seem, as Vinay opines, #MoreComplicated.

There is a familiar pattern to how both men and women warn about the dangerous fallout of #MeToo. The columns usually start with a couple caveats: Of course this movement was needed to give voice to sexual abuse victims; Harvey Weinstein was obviously a predator, and, thank heavens, he has been stopped.

But … what about men who say they now have to worry about being on elevators with women?

That was the breaking news this summer in a flurry of gender-Armageddon articles. These men are “genuinely worried,” according to a National Post story, that a woman could “ride the elevator with you for 20 seconds or so, then accuse you on Twitter the next day of groping them.”

Gentlemen, the fear is real. Just yesterday, one of my editors gave me a Tim Hortons with cream and sugar. I asked for milk. What a rapist. I took to social media to denounce that caffeine pervert, saying he grabbed my breast. #DoubleDoubleDick.

But the idea that #MeToo has ushered in a terrifying new era of women falsely accusing men of sexual abuse, is based on the underlying principle that women belong to a hysterical, vindictive tribe, hell bent on destroying lives, while a chorus of sisters belt out “You go, girl!” That just hasn’t happened.

Which brings us to Aziz Ansari, who was skewered in a controversial 3,000-word online column penned by an unidentified 23-year-old who characterized their date as “the worst night of my life.” As Vinay writes, the piece “did not dovetail with the spirit and exhaustive reportage of so many 2017 investigations.” Exactly. This is why it was published on babe.net, not the New York Times or the New Yorker, whose brilliant journalism was the kindle for the #MeToo fire.

Was Aziz Ansari ruined? I’m sure he is happy to see 2018 behind him, but he recently announced a 28-show North American theatre run. In February, he will headline Vancouver’s Just For Laughs.

Closer to home, Vinay raises the case of TVO’s Steve Paikin, accused by former Toronto mayoral candidate Sarah Thomson of sexually propositioning her over a lunch meeting. I know Steve through journalism circles. The allegations were hard to believe and when I saw him at an event, I gave him a hug. It was evident just how difficult the experience had been.

But Steve was cleared by an independent investigation, is back hosting the show he loves, and it is Thomson’s reputation that took a hit.

In defending himself, Steve wrote: “the #MeToo movement is too important to be undermined by spurious allegations.” He’s right and that is exactly why a handful of false allegations should not derail the movement, throwing us back into the dark after we’ve seen the light.

#MeToo didn’t invent false accusations, and it certainly is not the first time that the court of public opinion has acted as judge, jury and executioner. For women, especially those with public careers, ignoring spurious attacks on their character has just become part of the job. Take a swim in the cesspool of social media and risk being pulled under by the riptides of ignorance.

When I was reporting at the Toronto Star, readers who disagreed with my articles (which were about terrorism, not feminism) would regularly denounce me with sexual or demeaning comments, allege conspiracies on my “fake news” reporting, and a precious few even said they hoped I would get raped or killed on my next foreign assignment.

This wasn’t abuse by men, but by dangerous misogynists, who are hopefully among those now most bothered by #MeToo.

But looking back over this year, it was the Supreme Court hearings for Brett Kavanaugh, and the ensuing #HimToo “movement,” which really embodied where we are today and why it is so important to not “exhale and poke holes” into #MeToo, as Vinay suggests, but to push forward.

Like many women I know, I surprised myself by crying while listening to Christine Blasey Ford testify. It wasn’t so much her allegations — as devastating as they were — but the way she comported herself, her obvious discomfort, her deep respect for the proceedings, and most heart-breaking, her seeming need to please those gathered in that Capitol Hill room.

Contrast that with Kavanaugh’s disrespectful, feverish and bullying demeanour. Forget the allegations, his performance should have disqualified him to sit in the highest court of the land. If he were a woman, it may have.

Those hearings made all of us look inward and re-examine our past and present relationships. No one likes to be cornered, and, perhaps even subconsciously, to feel defensive about what we once believed was an acceptable norm.

Comedian Louis CK may not have said sorry in his apology letter, but he did say something that resonates for women: “When you have power over another person, asking them to look at your dick isn’t a question. It’s a predicament for them.”

Thankfully, just as there is not a vengeful tribe of women armed with false accusations, men are not rampantly whipping out their willies for show-and-don’t-tell. But he’s right, in the sense that women are often left to second-guess their actions: rebuff a boss’s advance, and wonder how it may affect your job or reputation; have a relationship, and face accusations of sleeping your way to the top.

But we haven’t stopped riding elevators.

For those anxious men, it is not the #MeToo movement that they need to question, but their own relationships with women.

Michelle Shephard is a journalist, author and filmmaker and the Toronto Star’s former National Security Reporter. Follow her @shephardm.