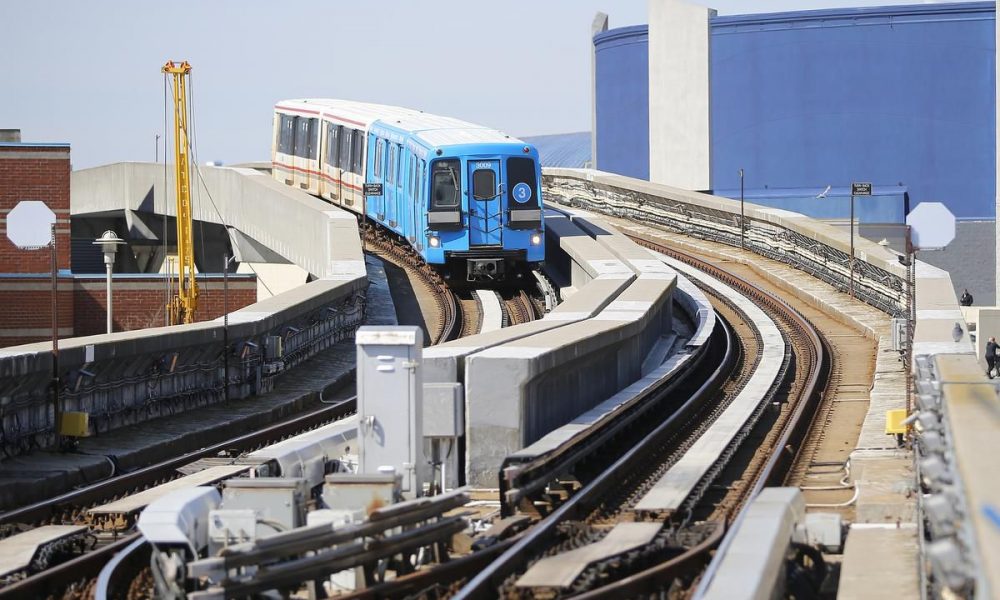 The Ontario government intends to rely on the private sector to help fill a more than $1-billion funding gap in its plan to build a three-stop Scarborough subway — a move that marks another twist for a controversial transit project and raises the possibility of construction delays that could leave Scarborough residents stuck taking the bus.

Transportation Minister Jeff Yurek revealed last week the province intends to enlist the private sector to help offset the cost of the more expensive three-stop plan, by striking deals that would offer developers public land or air rights above station sites in exchange for helping fund the transit infrastructure.

The plan currently on the city’s books is to extend Line 2 (Bloor-Danforth) to the Scarborough City Centre, which would cost an estimated $3.35 billion. Pending final approval, it’s projected to start construction next year with a completion date of 2026.

Ontario’s Progressive Conservatives, who took power in June and have promised to table legislation to take ownership of the subway system from the city, wants to scrap the one-stop plan and build a three-stop version that would extend past the Scarborough Town Centre to Sheppard Ave. East, and have a stop at Lawrence Ave.

An earlier estimate for the city of a three-stop extension that was based on very little design work pegged the cost at $4.6 billion. That estimate was contingent on construction approval being given by council in 2016.

“The developer would pick up the cost of those stations … and it will not be a cost to the taxpayer,” Yurek told the Globe and Mail.

The market-driven approach to building Toronto transit projects has been floated before with little success. But in an email Monday, the minister’s spokesperson said under their government it will work.

“Unlike the last government … we have created an environment where private business can confidently invest in infrastructure projects,” said Mike Winterburn, Yurek’s director of communications.

As an example, he cited a potential agreement Metrolinx announced last fall that would see a developer partner with the transit agency to overhaul the Mimico GO Transit station.

“In future, more agreements will be reached to improve our transportation infrastructure while protecting taxpayers,” Winterburn said.

In November, Metrolinx, which is the most likely agency to take oversee the TTC subway if it’s uploaded to the province, announced it intends to use the market-driven strategy to fund future transit projects.

At the time it conceded that strategy would expose projects to risks associated with the fluctuating real estate market, which could delay transit construction. The agency said the approach could also speed up projects in some cases.

Any delay to opening the Scarborough subway extension could have major implications for transit riders who currently rely on the Scarborough RT, which was built in 1985 and is reaching the end of its service life.

The TTC is currently working to extend the life of critical components of the SRT train cars by at least another 10 years to keep the line running. Details of that plan remain secret despite formal requests from the Star. What information has been released suggest it’s possible to extend the operations of the SRT into 2026 — when the one-stop subway was earlier scheduled to be complete — but any safe operation beyond that date is in question.

If the SRT is shut down before a replacement is built, it could result in all commuters east of Victoria Park Ave. being stuck on the bus for an unknown period of time.

Councillor Josh Matlow, who has chiefly advocated for a network of LRTs in Scarborough, said pushing for a more-expensive subway will only cause more setbacks to delivering transit.

“(Premier) Doug Ford has always been more interested in merely promising subway stations than actually building rapid transit. The absurd suggestion that the private sector is going to cover a billion-dollar shortfall will only further delay delivering results,” Matlow said.

“We need to move forward now with an already approved and funded LRT network for Scarborough to ensure residents aren’t left on the bus.”

The proposed intervention from Yurek, who has cited council delays to transit projects as a main reason the province should take ownership of the subway system, comes as councillors were months away from a crucial vote on whether to proceed with the one-stop subway extension.

In April, the TTC plans to release a report, which had previously been expected this month, on the project reaching the 30 per cent design mark, including an updated cost estimate and construction schedule. Councillors would vote as early as April on whether to send the subway project to procurement.

By contrast, the three-stop plan the city had earlier considered was at less than 5 per cent design when it was abandoned in favour of the one-stop plan.

TTC spokesperson Stuart Green said he couldn’t speculate on how much of the design work the agency has done on the one-stop extension could be repurposed for a three-stop version.

Also, a 2016 business case prepared by city and TTC staff said stations on the three-stop version “were found to be much more complex” than “typical” stations. Due to difficult topography, the station at Lawrence East would have to be built at almost twice the depth as regular stations.

The stations would also require larger than normal bus terminals to accommodate the high number of Scarborough routes being diverted to feed the subway extension.

Winterburn said the government is “confident that private sector support will secure funding and help ensure that construction begins sooner.”

But he said in cases where partnering with private developers is “not applicable,” the province “can still explore traditional funding models for construction.”

Councillor Michael Thompson, whose Scarborough Centre ward would include part of the proposed subway extension, said he welcomed Yurek’s proposal to add stations by striking deals with developers. He said he has heard from residents in the run-up to October’s municipal election that they don’t want to stick with the one-stop plan.

“I would say a good 90 per cent of people I spoke to felt there was a need for additional stations to be included in the Bloor-Danforth expansion into Scarborough,” he said.

“Recognizing that the funding is always a challenge, if the province and the minister has additional ideas and so on, I think that’s something we should applaud.”

A spokesperson for Mayor John Tory — who has pushed a three-stop and then the one-stop subway plan — did not respond to specific questions from the Star about the province’s new plan.

“Mayor Tory is committed to building transit — that’s what he was elected and re-elected to do by Toronto voters,” a statement read.

This is not the first time the Fords have pitched to pay for a controversial, costly subway project by calling for private sector investment.

In 2012, city staff and an expert panel panned a plan by then mayor Rob Ford to have developers finance an extension of the Sheppard subway — a plan for which no private investors actually signed up.