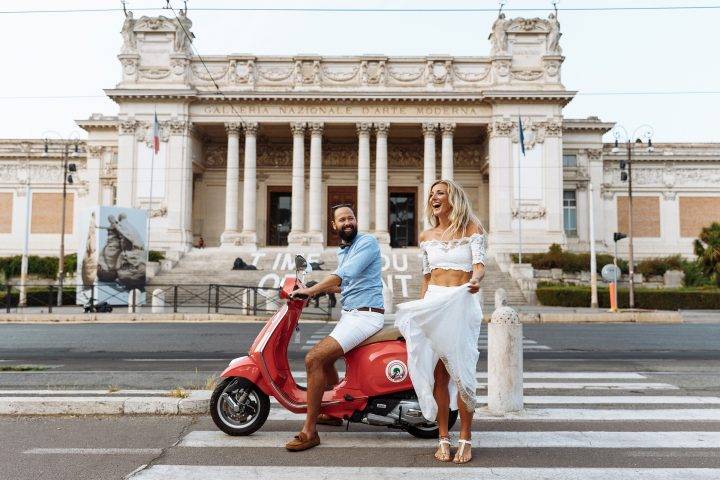 This is it. This is the year you’re going to learn a new language.

Maybe you’re eager to speak the mother tongue of your parents’ homeland. Perhaps you need to know a second language for your career. Or maybe you want to challenge yourself with a New Year’s resolution, like Facebook CEO Mark Zuckerberg did when he decided to learn Mandarin.


READ MORE:
New Year’s resolutions – they don’t need to be made at the beginning of the year

Regardless of which language you choose, there are no shortcuts or magic programs to teach you in your sleep or during your morning commute. Experts say that to truly learn a language, you need to stay motivated and expose yourself to the new tongue on a regular basis. And you simply won’t be able to do that without putting down a book and striking up a conversation with a native speaker.

Here’s how you can learn a new language quickly and effectively, according to the experts.

Get out there and start speaking

Irish polyglot Benny Lewis says the best way to learn a new language is to start with “hello” and throw yourself into everyday conversations with native speakers, regardless of how much you know beforehand.

“It’s essential to see a language as a means of communication, and to use it as quickly as you can,” Lewis told Global News. He says you shouldn’t worry about annoying a native speaker or perfecting your skills before using them in a real situation.

“I embrace making mistakes. I’m OK with sounding like Tarzan or a caveman,” he said.

Global Affairs Canada embraces a similar approach when it teaches diplomats to speak the language of a foreign country.

“They start speaking it every day from Day 1,” said Carmen Zafiu, director of Global Affairs’ Centre for Foreign Languages (CFSL).

“A good language learner can tolerate ambiguity and shouldn’t be afraid of mistakes,” Zafiu said.

Students at the CFSL spend six hours per day speaking with a language tutor, in addition to 1.5 hours of individual study. They spend approximately eight months to two years working on their skills until they can converse at a high level in the target language. Students also spend time living in a foreign country to polish their skills.

Zafiu says the program is more intensive than anything you’ll see on the commercial market, but that doesn’t mean you can’t achieve the same results. It just takes time and dedication.

WATCH BELOW: How one man is trying to save Indigenous language through music

Lewis didn’t get nearly the same training when he was growing up. He only spoke English as a child and initially struggled to learn Spanish as his second language, even after moving from Ireland to Spain in his 20s.

“I lived there for six months thinking that osmosis would do the trick.… but after those six months, I still could not speak even basic Spanish,” he said.

His breakthrough moment came after a friend told him to stop being shy and start using his meagre Spanish as much as possible. He took that advice and his Spanish improved rapidly, to the point where he could converse fluently by the end of his first year in Spain. Later, he started applying the same conversation-focused approach to other languages and added them to his repertoire.

Now he works as a translator and helps others learn new languages through his website, Fluent in 3 Months. Lewis has become fluent in seven different languages since 2003, and his TEDx Talk about the subject has racked up more than 1.8 million views on YouTube.

Find a native speaker to teach you

Lewis likes to hold two or three conversations per week with a native speaker in his target language. He’ll arrange a chat in person or over Skype, and both parties will work through the conversation without ever switching to English. He doesn’t worry about grammar, reading or language mechanics until later, when he feels comfortable speaking the language.

“Time with a person has to be about actually practising speaking the language,” he said.

Many university language teachers take a similar approach, emphasizing conversations in the classroom and encouraging students to study grammar on their own time.

“It’s like tennis. You can’t learn to play tennis until you actually play tennis,” said Cristina Sanz, a professor of Spanish and linguistics at Georgetown University in Washington, D.C.

Sanz says it’s nearly impossible to learn a language without using it in conversation. “If that is available to you, that is what really works — interaction with a human,” she told Global News.

She recommends checking with cultural communities in your area to see if they host conversation sessions for new immigrants, so you can work with someone else to teach one other. You can also use apps like Meetup to find groups that work on foreign languages together.

Global Affairs Canada tries to achieve the same exposure by actually sending students to a country where their target language is used. Immersion is a key element of the curriculum, because the department wants people to be comfortable representing Canada abroad.

“It’s contact with a native speaker that makes a huge difference,” Zafiu said.

WATCH BELOW: A University of Calgary study shows there are several benefits to learning a second language.

Develop an ear for the language

Part of speaking a new language is knowing how to listen to others. That means learning how to pick out words and subtle intonations when a native speaker is talking quickly in everyday conversation.

Sanz says you can develop an “ear” for the language by exposing yourself to as much foreign media as possible, especially if you can find something you enjoy. You might try reading about one of your hobbies or watching a foreign-language film with the foreign subtitles enabled.

“That is very helpful, and you will also learn a lot about the culture if they are movies produced in the original language,” she said.

Lewis likes to use YouTube videos, podcasts and radio shows to get used to another language. He’ll sometimes slow down the video or podcast to half-speed so he can keep up.

He says immersion is a great way to learn, but it doesn’t work for everyone. In some cases, it might even drive people to find other English-speakers in a foreign country, just so they can get by in a more comfortable setting. That can work against you if you’re trying to learn something new.

“A lot of people just get sucked into an ex-pat bubble,” he said.

The only program you need is any program

There are plenty of books, smartphone apps and computer programs that promise to teach you a new language in just a few months.

Sanz says those programs are useful tools, but they won’t teach you everything you need to know. You need to do some outside work.

She points out that people have different learning styles, so a text-based approach might work better for some, while conversation might be the more effective route for others. Regardless of how you learn, she says there’s no replacement for conversing with a native speaker.

“If you’re not exposed to the language, you’re not going to learn,” she said.

Lewis recommends picking a language program or app that you enjoy and sticking to it, rather than wasting too much time trying to find the best one.

“It almost doesn’t matter,” he said.

“Instead of getting distracted with trying to find the perfect course, just find something.”

Sanz says most do-it-yourself language programs fall short because they don’t convey enough of the culture connected to other languages.

“It’s impossible to separate the language from the culture, and you are not going to learn the culture with (a language program),” she said. That’s why she encourages people to consume foreign media when they’re learning a new language.

“Language is the most obvious, clear product that a culture has, and a lot of culture depends on language,” she said.

Learning a new language can seem like a monumental task unless you set a specific goal for yourself. You might not be ready to write the next great French novel by the end of 2019, but perhaps you can learn enough French to order dinner at a restaurant in Paris. The key is to set a realistic and attainable goal for yourself, Lewis says.

“When it comes to resolutions, you need to have something specific,” he said. “The problem with speaking French is that doesn’t really have an end.”

WATCH BELOW: How to support French learning outside the classroom

Lewis says he’s living proof that you don’t need youth or special talent to become fluent in a new tongue. You just need to be persistent.

“Instead of making this about perfectionism, aim to make at least 200 mistakes a day in your target language,” Lewis said. “That’s how you’re going to make progress.”

Sanz says it’s very difficult to sound like a native speaker in another language, but that doesn’t mean it’s impossible. She’s encountered dozens of people who speak Spanish like a native, and most of them have the same things in common: they’re married to a native speaker, they lived in a Spanish-speaking country for a while and they truly love that country’s culture.

“If your goal is to pass like a native speaker, then it seems that pillow talk, as we call it, is an important factor,” she said.

That’s not to say you should travel to another country and fall in love in order to learn a new language. But it wouldn’t hurt if you did.

“Fall in love with one person, or with a people, or with the culture of a people, and that’s what’s going to do it,” Sanz said.