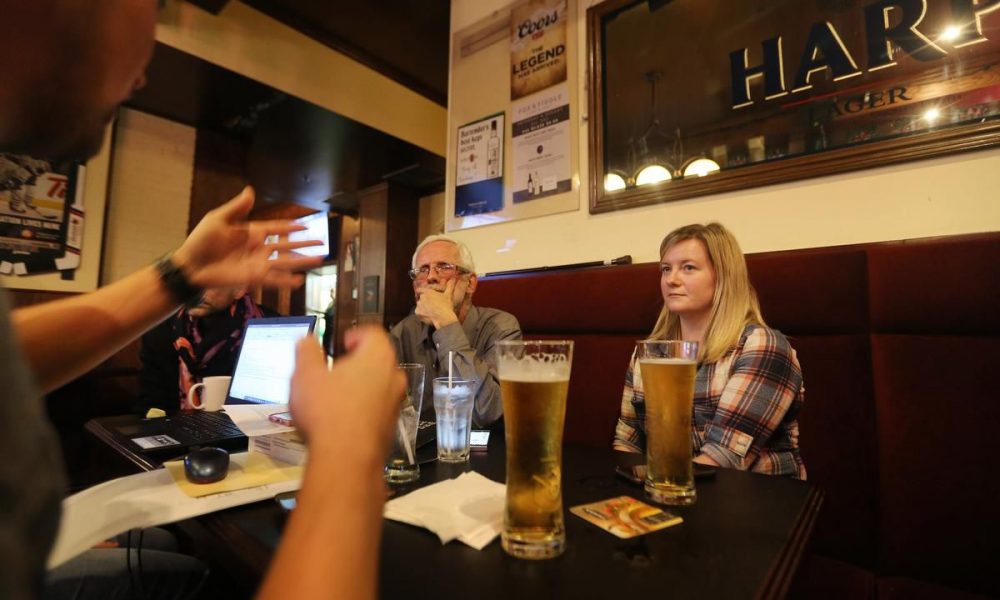 In 2010, Rob Maguire was “screwed” by a landlord. To be precise, he says he was conned out of $5,000 when he paid first and last month’s rent on a house in Oshawa, only to discover, shortly after moving in, something the landlord probably should have revealed before he asked Maguire to fork over five grand: the property was not his to rent out.

At this point Maguire had been already living in his new digs for 10 days. That’s when two cops arrived at the door “asking what I was doing trespassing.” He was forced to find a new place in the middle of the month with very little money to his name. “I didn’t know what my rights were. I didn’t know anything other than how to read a lease.” He learned fast. Today, Maguire, a 70-year-old father of four, not only knows his rights. He mentors thousands of people who don’t.

Our media is obsessed with intergenerational discord — specifically with stories about baby boomers who can’t stand millennials. But this isn’t one of them.

This is a story, rather, about an older guy who spends many evenings in front of his laptop at a north Toronto bar, counselling very grateful young people over the internet. “I drink beer, eat fantastic wings and talk to tenants,” says Maguire.

He does this on Facebook, through Ontario Tenant Rights: the hugely popular support group he founded a little over a year ago for renters in the province to voice their housing concerns and learn from one another.

Ontario Tenant Rights, and groups like it, such as Bunz Home Zone, are a vital resource for renters who know little about their rights and who may not have enough money to access legal representation. When it launched, Maguire expected a couple hundred people to sign up. Today membership sits at more than 20,000. Every morning when he gets up, he says, he’ll have about 15 to 20 private messages from tenants, many of them from Torontonians in their twenties who are struggling in the city’s notoriously expensive and competitive rental market.

Competition for living space breeds desperate renters, which in turn unfortunately breeds unscrupulous landlords. This includes landlords who refuse to fumigate roach infested apartments, landlords who refuse to give proper notice before entering tenants’ spaces, landlords who evict tenants in bad faith, and, perhaps most infuriating, landlords who don’t live on the property but who tell tenants they aren’t allowed to have any guests over to their homes — ever — even though such a prohibition is completely illegal. Maguire recently heard from a 20-year-old tenant who was told his own parents couldn’t visit his apartment without explicit permission from the landlord. With Maguire’s assistance the tenant took the case to the Landlord and Tenant Board where it was resolved in mediation and he received financial compensation.

When we think about young people facing discrimination in the rental market, we tend to imagine they are denied housing because of their age. But sometimes the opposite is true. Maguire insists there are plenty of standup landlords out there, some of whom seek advice in his group, but at the same time, he says, there are also landlords “who only rent to young people because they know they can walk all over them.” Not only are millennials less likely to know their rights than older renters, they’re less likely to have the capital to pick up and move.

“Oftentimes I hear from tenants in substandard living conditions,” says tenant rights lawyer Jonathan Robart. “But the market is so out of control they are unable to move to another place.” And even if they do try to improve their circumstances by writing a strongly worded letter to their landlord or taking their issue to the Landlord and Tenant Board, Robart says “that can really sour a relationship between landlord and tenant and most tenants either don’t have the time, the resources, or the knowledge,” to go through the legal process.

In Robart’s view, renters and society at large would be better served if tenant rights were a subject covered not only in lawyers’ offices and online forums, but in school. “If everybody coming out of high school had knowledge of what to look for in a lease, how to enforce their rights — I’d be interested to see how the power imbalance between landlord and tenant might shift.”

Maguire agrees. So many of the tenants who belong to his group are in “their late teens and early twenties.” It’s their first time away from home. Or for some, away from the country where they were born.

Indeed, The exploitation of renters in Toronto is particularly common among millennials new to Canada. Arun (an international engineering student from India who prefers not to disclose his last name for fear of how it might effect his professional life) came to Toronto in 2016. He soon found a place through friends — a house on a residential street in Brampton. It would be an understatement to say it was crowded. According to Arun, he was one of 30 tenants in the house, all of them students from outside the country. He paid $350 for a shared room in the basement, where, he says, “there was hardly space to sit down. There was no ventilation in the kitchen. In case of fire, we were trapped.” The landlord, who seemed like “a very nice lady,” refused to provide Arun and his housemates with a lease, telling them it was to their advantage not to sign one. Today, thanks in part to the Facebook group Bunz Home Zone, he is living in a different house, one he describes as safe and spacious.

But getting there was difficult, and telling. Before finding decent, safe accommodations, Arun encountered another sketchy apartment listing — this one demanding (illegally again) that tenants cook their food in the microwave only and abstain from having guests over. A newly informed man, he kept looking.

Unfortunately somebody won’t. Somebody will read that listing or one like it, take the place, and most likely try to heed the landlord’s wildly unfair, illegal demands, because they are desperate or because they don’t know any better. The silver lining is that when they decide they’ve had their fill of mandatory microwave dinners — Rob Maguire will be at a Toronto bar, on his laptop, ready to receive their complaint. It’s nice, he says, “to help people keep a roof over their head.” Or if that fails, to point them in the direction of a better one.