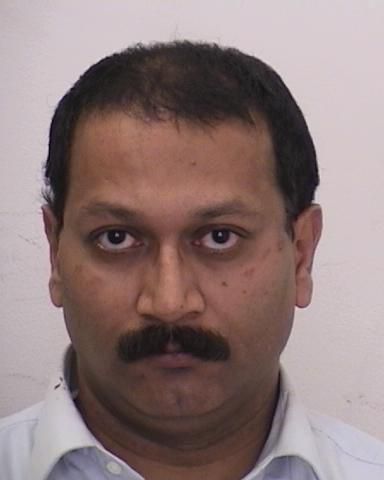 A Toronto judge has reserved his decision in the case of a former paralegal accused of advocating genocide and promoting hatred in email and on the internet, including an open Twitter account.

Rupen Balaram-Sivaram has pleaded not guilty to 10 charges, including the rare charge of advocating genocide. The charges stem in part from a series of hateful social media posts and emails he allegedly sent to public figures and media organizations that call for death to Jews, homosexuals, Westerners and Christians.

He testified this past summer he did not create the social media accounts, including some under his own name, and denies putting out any information to the public to incite hatred.

Last week in court, defence lawyer Jason Rabinovitch reiterated his client’s position that he did not commit any of the alleged offences. Alternatively, Rabinovitch told Superior Court Justice Michael Brown if he rejects Balaram-Sivaram’s testimony and finds he is behind the emails and social media postings, he should consider them “personal opinions” that are a reaction to news events.

The postings in evidence are simply people having discussions in an open forum, as distasteful and disturbing as that may be, he said in court. In Canada, people are allowed to express contrary opinions, Rabinovitch said during final arguments.

“He can hate the Jewish people,” Crown attorney Kim Motyl said in reply. But his comments take a “great leap” from engaging in political discourse to actively encouraging others to carry out violent acts.

In her written submissions, Motyl wrote that Balaram-Sivaram’s “entire social media footprint is riddled with evidence of his belief that those of Jewish descent and homosexuals should be exterminated. Further, his hard devices — his computer, two USB drives and his cellphone are likewise full of such sentiment.”

The prosecution cited several examples of how Balaram-Sivaram allegedly committed the offence of advocating or promoting genocide in emails sent to public officials and media outlets.

One 2014 email attributed to Balaram-Sivaram contained the suggestion that “bombs, viruses and cyber warfare” are the “best punishment” to be delivered across America, Britain and Canada.

Balaram-Sivaram sent the email to “a number of individuals in power nationally and internationally who would have the practical ability to execute a campaign of genocide,” the prosecutor wrote.

On Twitter in January 2015, a user named Rupen Balaramsivaram — without the hyphen — tweeted: “The more Jews/Zionists & their Western allies are hurt, killed, the better. Death to Americans, British, Canadians and Jews.” Another tweet said: “Many more Jews to Be Exterminated Along with Useless Christians.”

The Twitter account in his name had a handful of followers. But as the Supreme Court has noted, “when one posts to the internet, one loses the ability to control where the information goes,” she wrote. “There are millions of users who could access that information. Further … the statements were made, not in the context of a private communication but rather, in the context of an open Twitter account, accessible (to) nearly a billion users.”

The use of the internet to spew vitriol and fearmonger by men charged with violent crimes has been the subject of much attention recently. The Pittsburgh man accused of shooting 11 Jews to death in a synagogue and the Floridian who attempted to bomb critics of U.S. President Donald Trump both reportedly vented online before allegedly committing their crimes.

There’s no evidence Balaram-Sivaram carried out any violent acts beyond promoting what the prosecution called “his hateful views to the world.”

Balaram-Sivaram — who had his paralegal licence revoked in 2011 — is also charged with criminal harassment, uttering threats and impersonation relating to his ex-wife and her current partner.

The Crown alleges that over nine years Balaram-Sivaram, angered by his estranged wife’s new relationship, made harassing phone calls and threats to her and her new boyfriend, in addition to sending hateful emails under his name.

“Mr. Balaram-Sivaram used these emails to send diatribes of his own, long-held hateful beliefs to members of identifiable groups, member of government, media outlets and others knowing that their transmission was illegal and would cause discord” for his ex-wife’s new partner, the prosecution wrote in a factum filed with the court. “Thus, he could disseminate his own views, and blame a rival for their dissemination.”

The Crown cited several examples: In July 2014, the Green Party of Canada reported receiving threatening emails containing hateful messages and imagery signed by his estranged wife’s partner’s name, with a spelling error. The prosecution alleges Balaram-Sivaram wrote and sent the messages, which he denies.

Brown said he would deliver his verdict in January.