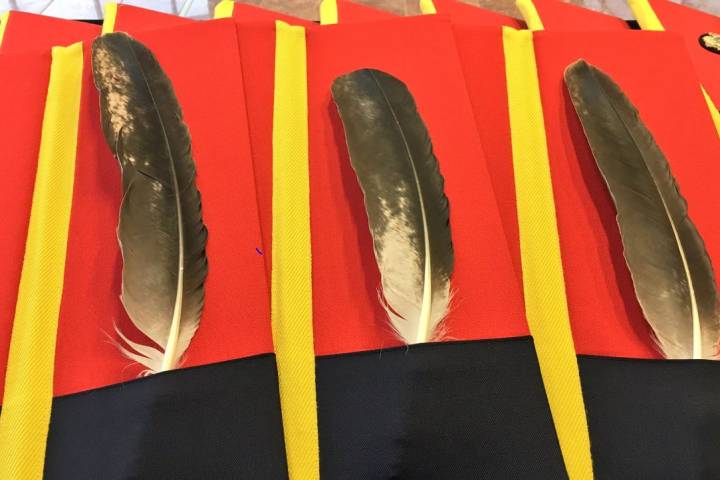 Indigenous people appearing in Nova Scotia courthouses now have the option to take legal affirmations with a sacred eagle feather.

The Nova Scotia Judiciary says each main courthouse in the province will have one eagle feather for courtroom use and a second for the front counter.

It says those taking legal affirmations may hold the eagle feather, or have it placed in front of them, while affirming to tell the truth much in the same way a Bible is available to swear an oath.

Individuals are also permitted to bring their own eagle feather with them to court.

Chief Paul Prosper of the Assembly of Nova Scotia Mi’kmaq Chiefs says the eagle feather is “a sacred part” of Indigenous spirituality.

Nova Scotia Chief Justice Michael MacDonald says introducing the feather will help ensure a more inclusive and relevant legal system for Indigenous people, and is another step toward reconciliation.