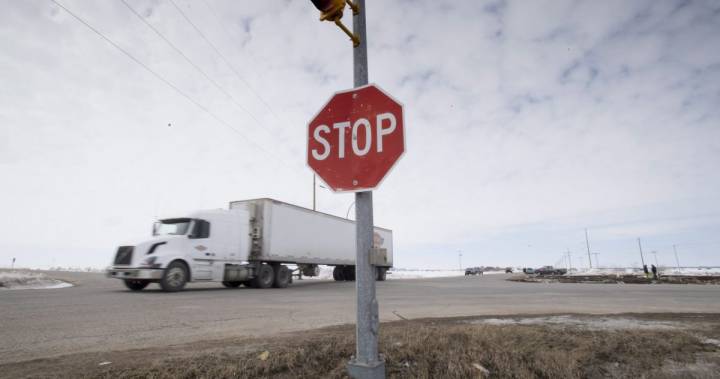 The Crown and Jaskirat Singh Sidhu, the truck driver involved in the crash that killed several members of the Humboldt Broncos hockey team, have reached an agreed statement of facts at his sentencing hearing in Saskatchewan.

Sidhu has pleaded guilty to all 29 counts of dangerous driving laid against him in connection with the crash, which killed 16 people and injured 13 others.

Here’s what happened that night on Friday, Apr. 6, 2018, according to the agreed statement of facts.

Sidhu was travelling westbound on Highway 335 in a transport truck carrying two trailers loaded with peat moss. He was the only person in the vehicle, travelling at between 86-96 kilometres an hour. 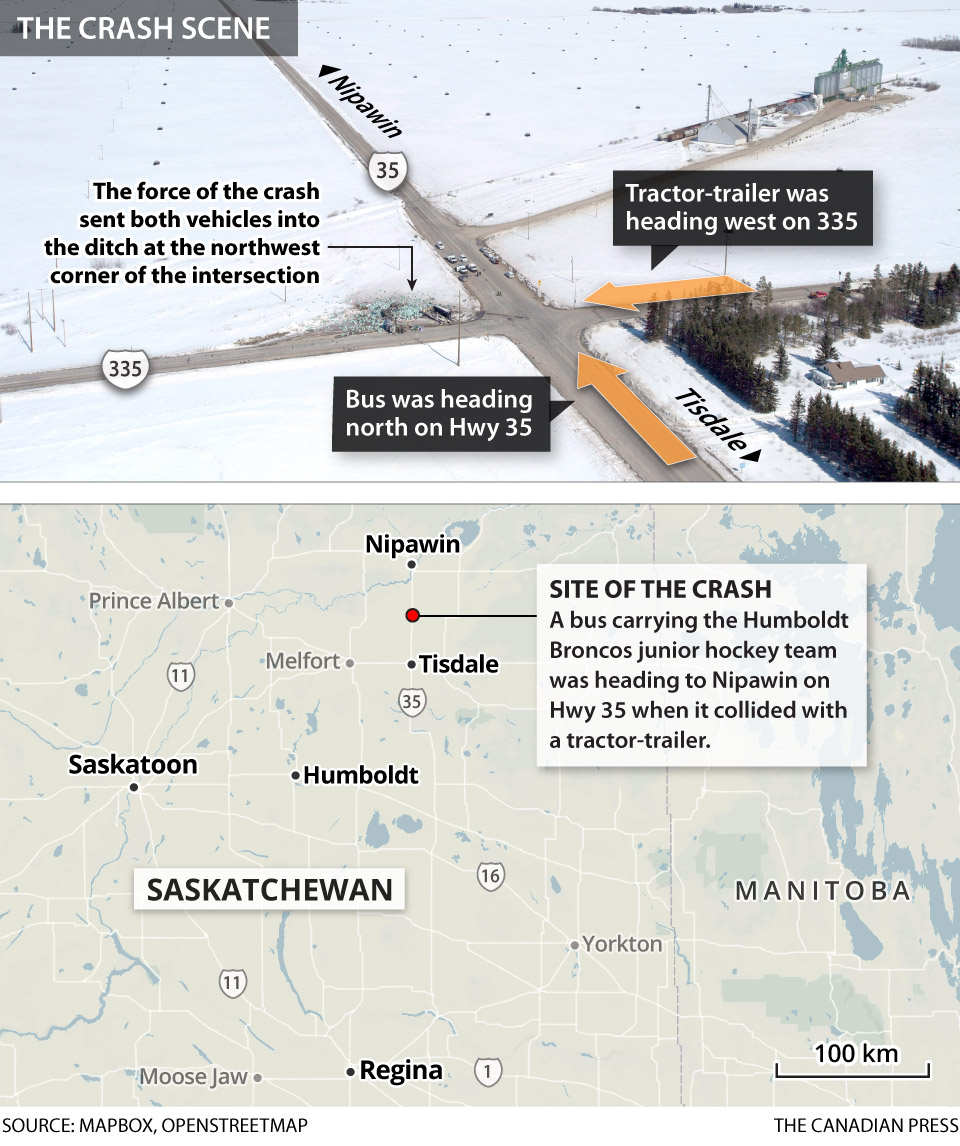 A bus carrying the Humboldt Broncos hockey team was travelling northbound on Highway 35 at approximately 96-107 kilometres an hour. There were 29 people aboard the bus.

Sidhu failed to heed a stop sign at the intersection of Highways 35 and 335, near Armley, Sask. His truck was completely blocking the intersection when the Broncos’ bus slammed into the lead trailer at just before 5 p.m.

Tire marks show the bus tried to stop, but the truck did not.

What the truck driver saw

Sidhu faced a stop sign at the intersection. The Broncos’ bus did not.

The stop sign itself was “oversized” and measured 1.2 metres across. It was attached to a post with a blinking red light immediately above it, 19 metres ahead of the intersection.

There was nothing to obscure Sidhu’s view of the stop sign, according to the agreed statement of facts. The sun was not in his eyes, the road was not affected by any inclement weather and the intersection was clearly visible before the collision. Sidhu also passed signs indicating that an intersection with a stop sign was ahead.

Sidhu was not under the influence of drugs or alcohol at the time, and was not distracted by a cellphone.

What the bus driver saw

Glen Doerksen, the Broncos’ bus driver, saw the transport truck blow through the stop sign and hit his brakes 24 metres before the intersection, but there was no way for him to evade it.

“The actions of the driver of the bus did not contribute to the collision,” the agreed statement of facts said.

“The actions of Mr. Sidhu while operating the semi-tractor unit caused the collision.”

The bus struck the truck’s front trailer in a T-bone collision. The bus sustained massive damage, particularly at the front. The driver and 13 passengers were killed immediately. Two others died of their injuries in hospital.

Thirteen people on the bus were injured in the crash.