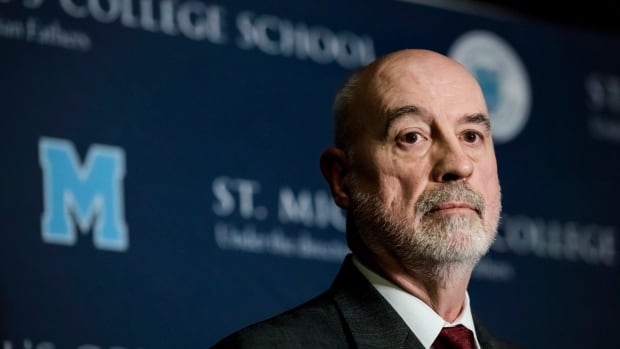 The principal of St. Michael’s College School appealed for assistance Tuesday evening — as alumni from the all-boys Catholic school held an emergency meeting to talk about allegations of assault and sexual assault by students.

« We need your help, » Greg Reeves told the gathering of about 300 people in Toronto.

Reeves asked alumni with expertise in mental health, or anything that could help, to attend a conference for boys at the school. Alternatively, he said they could provide their contact information for boys to contact them.

Police are currently investigating six allegations involving students at the school after an alleged gang sexual assault was captured on camera and shared on social media.

Reeves defended his handling of the scandal at Tuesday night’s meeting. He had been criticized for not going to police sooner after learning about the video. He told reporters Monday he wanted to protect the victim.

He told the alumni he « would do exactly the same thing » again.

« And I’ll take the hit for that, » Reeves said to applause.

Reeves said a student brought the « horrific video » to him in private. St. Michael’s College School principal Greg Reeves says there is a problem at his school and that it needs to do better. (Christopher Katsarov/Canadian Press)

« The victim is giving me strength, » Reeves said, speaking of the the boy who was attacked in the video, adding that the incident had school staff in tears.

The principal also said the victim and perpetrator looked like best friends in class.

A handful of alumni called for the principal’s resignation and for teachers who knew of the incidents to step down, saying the entire situation was poorly managed.

But Reeves and his staff received support from majority of the attendees.

Reeves announced that the school will be setting up an online platform for alumni to submit prior stories of potential bullying.

A ‘sad but encouraging meeting’

Larry Colle, who graduated from the school in 1969, described the mood inside the meeting as sad, but very positive.

« It’s sad but encouraging that they’re finding ways to help the current students there. They’re also asking past students to get involved and help with improving the culture, » Colle told reporters as he left the meeting.

« The focus is how could we improve the school in the future, how we can provide more support to especially the victims and their families. » 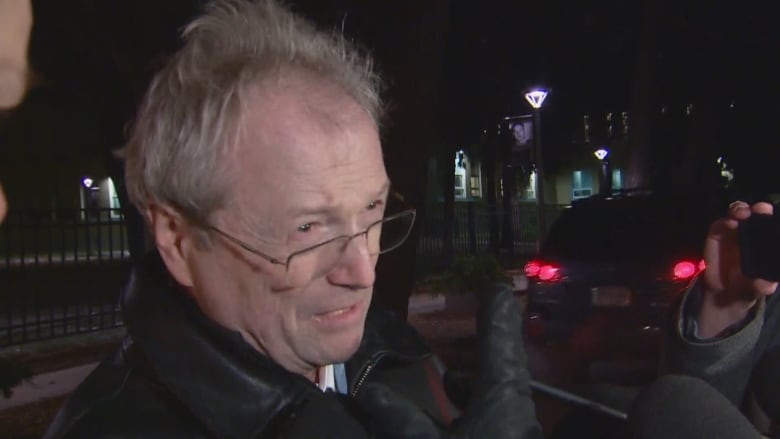 Larry Colle, who graduated from St. Michael’s College School 1969, describes the mood inside the meeting as sad, but very positive. (CBC)

Colle said alumni questioned the principal closely about the timeline of events and he was satisfied with the answers he heard.

« The principal gave, I thought, a reasonable explanation, that his focus was on the families and the victims, » Colle said.

« They gave a reasonable explanation about the time and what a difficult week it has been. »

While giving an account of perceived homophobic culture at school, one attendee asked if a gay straight alliance will come to school.

Reeves responded « yes, thanks. We will be doing that. »