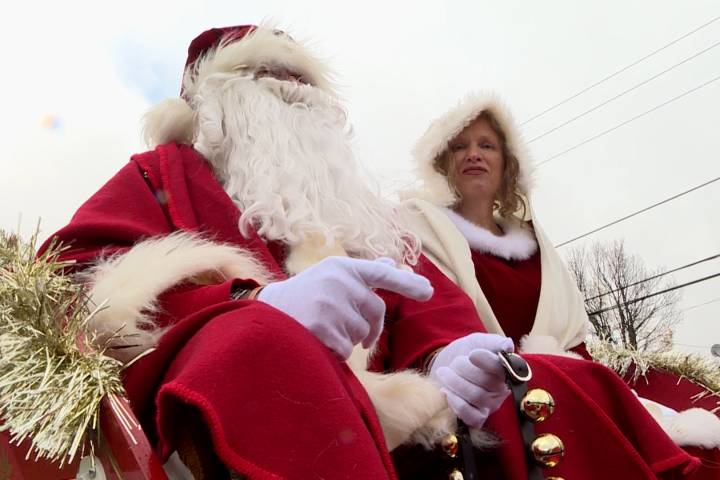 A sure sign Christmas is on the way is the first Santa Claus parade in the Kingston area. The arrival of St. Nick happened in Amherstview at the 39th annual Lions Club parade on Saturday.

Despite the wet conditions, there was no shortage of people on hand for the event. Parade chair Del Weber says between 50 and 60 entries including four bands helped to round out the lineup.

“It’s something people in Amherstview look forward to every year and we like to think every year we get bigger and better.”

Not even Mother Nature and her rain could dampen the day as people young and old used umbrellas and wore whatever they had to stay dry. Of course, the focal point was Santa. He and Mrs. Claus brought the parade to a close. The jolly old elf says the work continues at the north pole as the holiday gets ever closer.

“We’re just going full bore. We have to be ready for Christmas and everyone’s really doing a great job. Merry Christmas to all of our friends in Kingston, Frontenac and Lennox and Addington.”