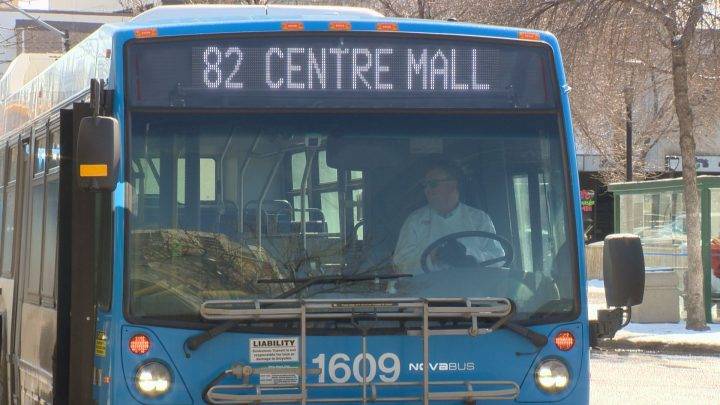 Councillors received a report detailing route choices for BRT, which included two options that use Broadway and one that connects 8th Street East with the Senator Sid Buckwold Bridge followed by 1st Avenue.

Mary Melnychuk, one opponent to bus-only lanes on Broadway, was “appalled” at the idea.

“We don’t need a BRT running along Broadway. We need to maintain its unique atmosphere and history,” Melnychuk said.

Administration’s original proposal had a dedicated bus lane run down Broadway to connect with 3rd Avenue, and then 25th Street. An alternative is Broadway directly to 1st Avenue to 25th Street, according to a city report.

Of eleven public speakers Monday afternoon, none voiced support for BRT on Broadway or BRT on 3rd Avenue. Many advocated for BRT on 1st Avenue.

Bo Rosdahl, a Broadway resident, rejected the notion that BRT increases business activity in nearby stores.

“I don’t believe, personally, that the buses are going to enhance our economic situation on Broadway,” Rosdahl said.

Others recalled water main and resurfacing work in the summer of 2016 that left some business owners in a difficult financial situation.

Victoria Avenue was ruled out by city administration during the winter months because of the steepness of the road.

“It is the most logical location in our mind for retail, office and the surrounding employment centres on 1st Ave,” John Williams, president and CEO of World Trade Center Saskatoon, said in an email.

While she called the prospect of BRT on 1st Avenue an exciting prospect, Ward 6 Coun. Cynthia Block said there is support for the original plan.

“There are many young entrepreneurs on Broadway who have specifically said that it’s critical to them that we have BRT on Broadway,” Block said.

Moving bus-only lanes to 1st Avenue would free up 3rd Avenue for bike lanes, which could replace the protected bike lanes currently on 4th Avenue, according to city administration.

A proposal requiring a decision from Saskatoon city council is expected in early 2019.