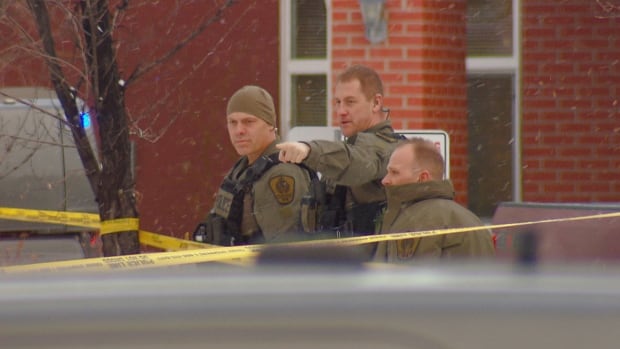 Edmonton police shot and killed a 34-year-old wanted man Wednesday afternoon after an « incident » in the city’s east end, police said in a news release.

Police said officers were following the man in a vehicle at around 2 p.m.

He had several outstanding warrants and police believed he was armed and dangerous.

Officers conducted a traffic stop with the help of a tactical unit in the area of 79th Avenue and 71st Street, near the Urban Village condo complex. Two people in the vehicle got out without incident.

The man with outstanding warrants remained in the vehicle and refused to co-operate, police said.

An incident took place between the suspect and responding officers, police said. Officers then shot the man. He was treated by EMS and taken to hospital where he was pronounced dead.

The other two passengers of the vehicle were not injured, police said.

No EPS officers were injured in the incident.

Police said they will not further comment as the Alberta Serious Incident Response Team (ASIRT) is now in charge of the investigation. 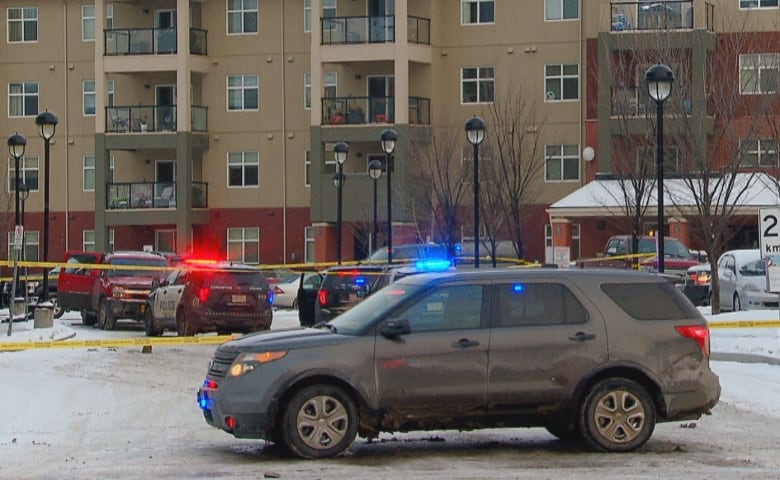 A red Chevrolet SUV, taped off by police at the scene, appeared to have several bullet holes on the passenger side door.

Alanna Johnson was visiting her children, who live across the street from the condo complex. Johnson told CBC News she heard what sounded like 10 gunshots in quick succession. 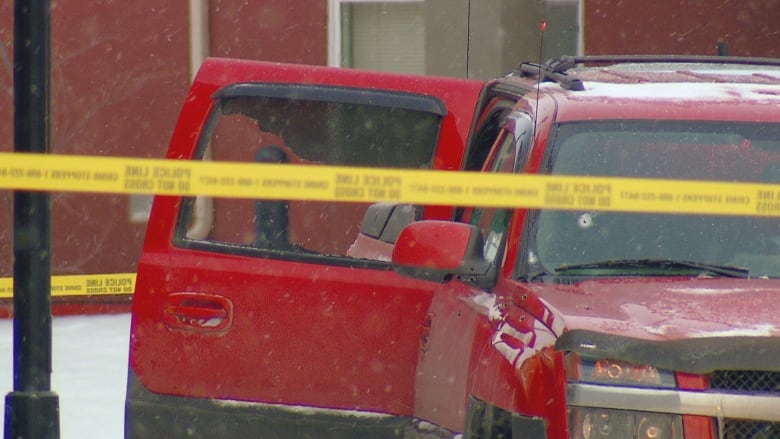 A Chevrolet SUV at the scene, taped off by police, appears to have several bullet holes in the passenger side of the vehicle. (Nathan Gross/CBC)

« They were quite loud. I thought they were right out on the street. So I jumped down to the ground right away and grabbed my daughter and said, ‘Stay down because I don’t know where these shots are coming from,’ » she said. 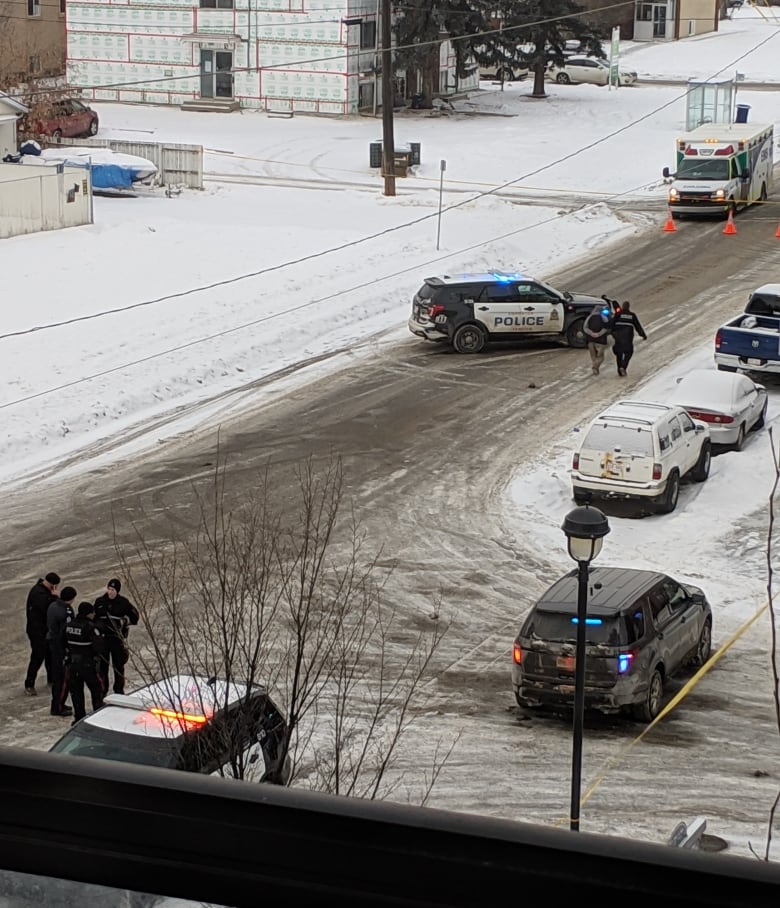