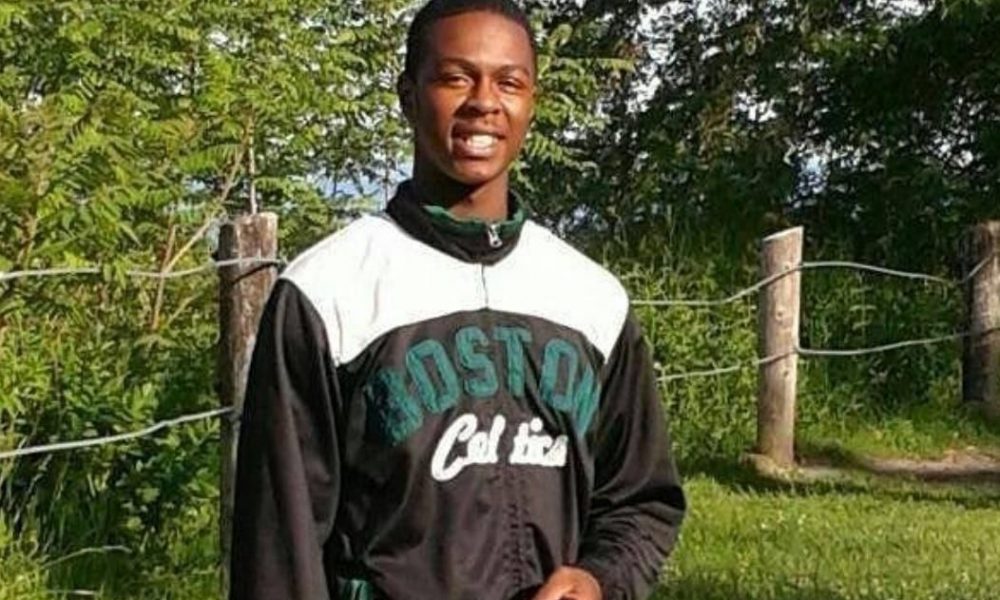 Natshon Defreitas was attending a party being held in the garage of an industrial property in Hamilton when he was fatally shot.

Now Hamilton police are trying to piece together what was happening at that party and why the 19-year-old unarmed Toronto man was targeted, said Det. Sgt. Steve Bereziuk.

Police were called to the shooting at 470 Beach Rd., a one-storey industrial building at the corner of Martimas Ave., for a shooting around 4:15 a.m. Sunday. But before police arrived, other party goers pulled the dying Defreitas into a pickup truck to try to race him to hospital.

On the way they saw a fire truck at another call and stopped at Ottawa St. N. and Dalhousie Ave., where he was transferred into an ambulance and taken to the Hamilton General Hospital. He was pronounced dead in hospital around 6 a.m.

An autopsy confirmed he died of a gunshot wound.

Police have not said how many shots are believed to have been fired and where on the property Defreitas was shot.

Police have also not released any description of the suspected shooter, but Bereziuk said detectives believe it was likely a single shooter. Police also do not yet know the motive.

The 19-year-old was described as being a charismatic and likable guy, in a statement from the family, provided through police. He enjoyed sports, track and field and loved to dance.

A GoFundMe account titled “Natshon Defreitas” has been set up by his stepmother, Sherrie Biggley, to cover some funeral expenses. They are asking for $2,500 and had raised more than $1,800 by Tuesday afternoon.

Police say the party was being held in a garage at the property, where alcohol was being served. Between 35 and 50 people were in attendance.

The group involved a mix of people from Hamilton and out of town, and invitations to the party, which Bereziuk described as “low key,” had been shared on social media.

A neighbour told The Hamilton Spectator a group had also gathered at that address the night before. However, it was not known to police and there was no record of noise complaints.

Bereziuk said the owner of the property rented the space out to an individual who hosted the party.

When reached by The Spectator, the building owner said he rented the space to a business but declined to identify to whom and how long they had been there. As far as he knows, parties have not occurred on the premises before.

On Monday, police forensics officers continued to process the scene, with police tape blocking access to it as detectives interviewed witnesses and began to go through surveillance video of the area.

Defreitas was known to Toronto police, with whom Bereziuk said he will be speaking.

The witnesses police have spoken with have been co-operative, but Bereziuk said he knows there are likely more witnesses from whom police would like to hear.

This is the 22nd shooting in Hamilton this year, and the sixth homicide.

Anyone with information is asked to contact Det. Andrew Coughlan by calling 905-546-3874. To remain anonymous contact Crime Stoppers at 1-800-222-8477 or crimestoppershamilton.com.

With files from Natalie Paddon

Nicole O’Reilly is a reporter with the Hamilton Spectator. Email: noreilly@thespec.com.