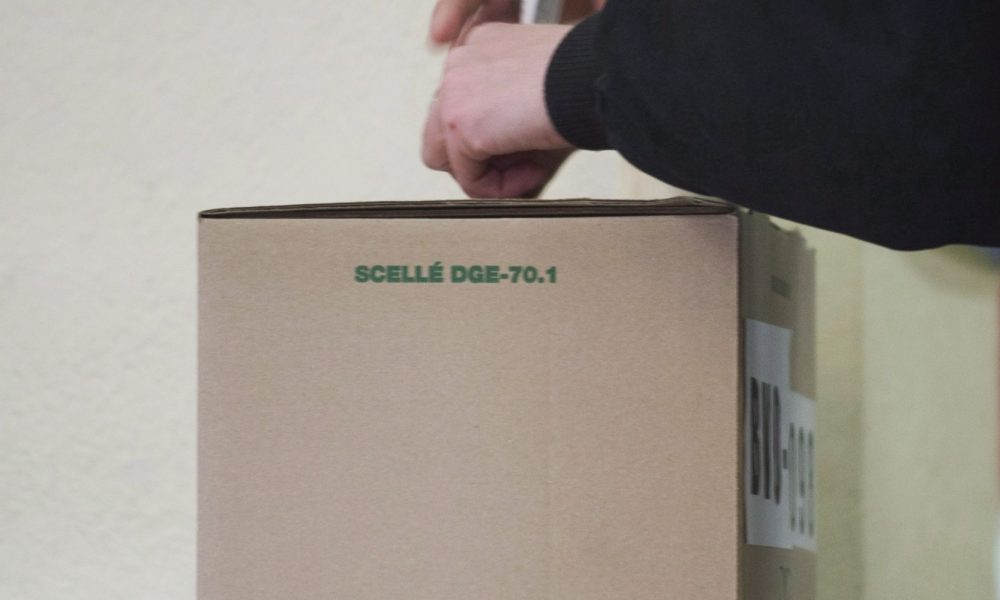 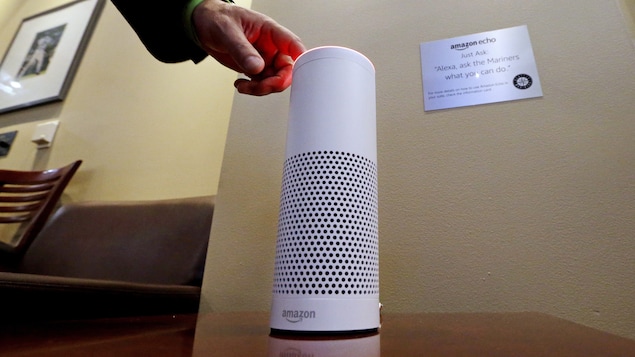 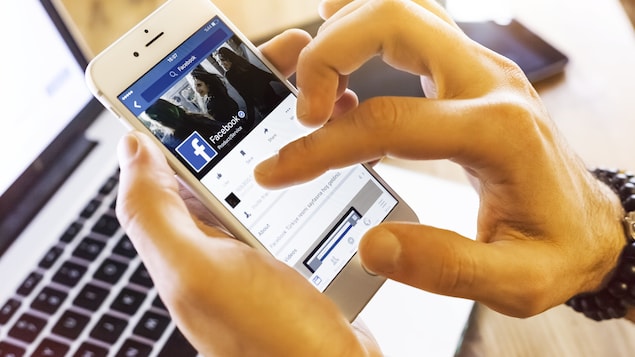 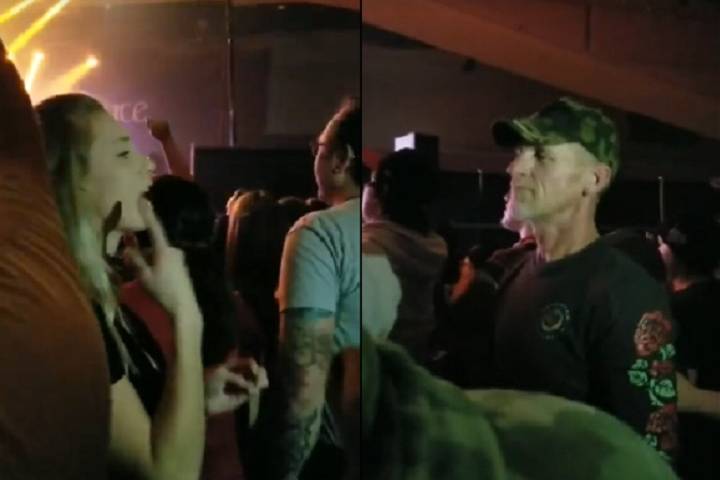 A Facebook video of a woman signing lyrics to her dad at a Three Days Grace concert in Edmonton Friday night has over 5 million views.

Karri Carberry, 19, describes herself as a “daddy’s girl,” and the Three Days Grace show was the first concert she and her dad Darrin Carberry had ever gone to together.

She’s surprised the moment she shared with her dad went viral.

“I never expected that to happen. I actually woke up to a bunch of text messages from friends and family asking if I had seen this video and I didn’t know about it yet,” said Karri.

Darrin was born with no hearing, and now wears a hearing aid that gives him some hearing.

“He is completely deaf. He does have a hearing aid, so certain things, he can hear to an extent. But when they’re on stage singing, he can’t really understand the words they’re saying,” she explained.

That’s why Karri decided to start signing the lyrics to him, to elevate his experience with the band.

“Unless he was close up and could lip-read but at that point — it’s not really an option. So I would sign the lyrics instead.”

The young woman’s decision to sign the lyrics enriched his experience, and is not something he takes lightly.

“Every song that I would sign, he would hug me,” she said.

“After, he was telling me how grateful he was for that and how much better the experience was for him because of that.”

“He’s a big fan of their music. There’s been times I would go on YouTube, and show him the lyrics to the songs on the screen and he would read along to it. So I sang the lyrics and signed them to him at the same time.

“He could hear the music in the background, and I could tell that he was really enjoying it.

“We’re big fans. He’s actually the one that showed them to me, and I found out they were coming to Edmonton and I asked him if he wanted to go with me, and of course he was down right away.”

Now, even the band has given attention to the benevolent gesture.

Karri’s gesture grabbed the attention of those around them.

“At first I was doing it and no one was really paying attention and it was kind of crowded, and I noticed over time that there was a little circle around us,” she said.

Lights started shining on the pair, and helped create a moment that millions have witnessed online.

“I noticed there was lights from people’s phones all around us and they were recording, but I never thought that anything like this would ever happen.”

Karri describes her relationship with her father a very close one, and said “we’re really very close. I have two older brothers and I’m the only daughter, so I guess I’m daddy’s little girl.”

After the time they had, they have plans to go to more concerts together.

“We talked about it after and we had a great time, I would definitely do it again and I know he would too,” said Karri.

Though Darrin is hearing impaired, he’s had support throughout his life.

“He did speech therapy when he was younger, and the fact that he has a hearing aid is very lucky because they are very expensive,” said Karri.

“The one he has is quite an older version, so the ones you can get nowadays… I’m sure you would be able to go to a concert and hear even better than he did than with the one he has now.”

Despite this, you could say Karri and her dad made lemonade out of lemons that night.

“He gets through it every day. He’s had a hearing aid for a very long time. He’s lucky enough to go to speech therapy and have a family that helps him through it.” 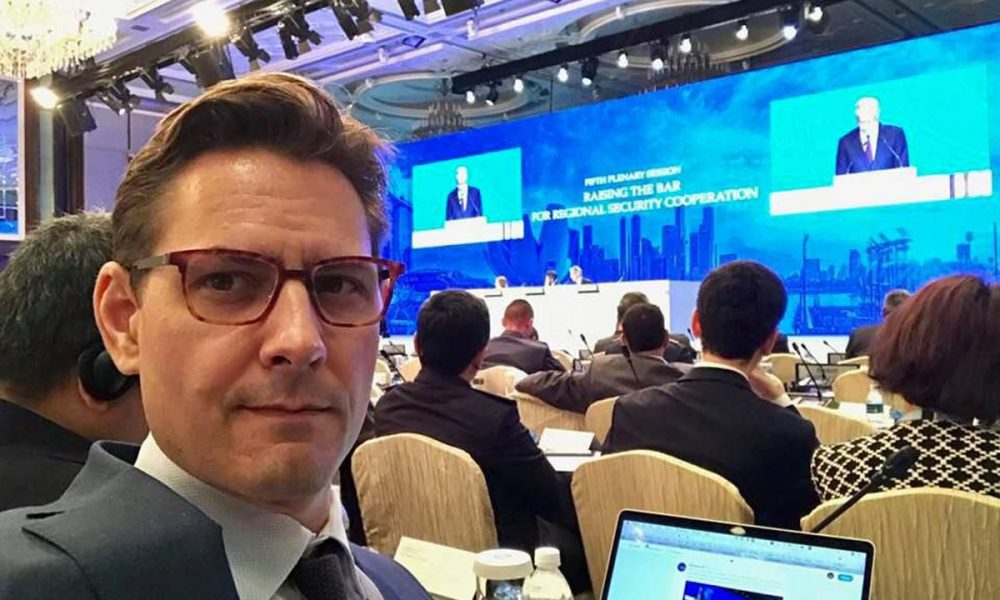 VANCOUVER—This morning, when I heard that former Canadian diplomat Michael Kovrig had been arrested in China, I hoped it was one of those brief detentions officials routinely use to intimidate foreign researchers, charity workers and journalists.

I rushed to the Star’s Vancouver newsroom and got on the phone to see if I could find out anything more about my friend. It was past midnight in Beijing, and none of our mutual friends and acquaintances were getting back to me. I was starting to panic.

Finally, I reached the previous Canadian ambassador to China, Guy Saint-Jacques. He was Michael’s boss when he worked in Canada’s Beijing embassy from 2014 to 2016.

When Saint-Jacques told me he feared Michael could be charged with espionage, my heart sank.

It would not be unprecedented. In 2014, Canadian Christian aid workers Julia and Kevin Garratt were arrested by Chinese officials and accused of spying. Many believed it was retaliation for the arrest in Canada that same year of Chinese citizen Su Bin, who was accused of hacking U.S. military databases.

“In my view, this is part of China’s efforts to put pressure on Canada on the Huawei case,” he said, referencing the Dec. 1 arrest of the telecom company’s CFO Meng Wanzhou in Vancouver, which my newsroom has been busy covering.

In a state of shock, I filed the former ambassador’s quotes to our story as messages started pouring in from friends who had also learned about Michael’s detention. The Canadian government has since confirmed it.

Michael was one of the first people I met in Beijing four years ago when I worked as a foreign correspondent for European news agencies. A group of Western diplomats invited me to join them at a Chinese folk concert in one of the ancient “hutong” alleyways of the capital city.

We were all new to working in mainland China, though some of us (like me and Michael) had worked in Hong Kong. We were excited to explore Beijing’s night life and cultural offerings.

Michael reached out to me to grab lunch because both of us were interested in politics and human rights in China. We wanted to trade notes on these complex and overwhelming subjects.

After that, he always tried to make it to my gatherings, and he invited me to the fabulous bashes he threw in his apartment — including one party where he even hired a swing band and bartender.

Despite the wonderful friends I made in my years covering human rights in China, it was depressing to write about the arrests or mysterious disappearances of lawyers, writers and activists.

It was exciting to run with Chinese human-rights lawyers down back streets to evade the police watching their every move — but also crushing to hear when yet another advocate had been arrested.

One attorney, Wang Quanzhang, has not been heard from since he was detained in 2015 during a police sweep on hundreds of lawyers and advocates. I sat with his wife as she cried in a restaurant. She, too, had been put under house arrest.

Last summer, I travelled to the northeastern city of Shenyang to try to find pro-democracy advocate Liu Xiaobo as he lay dying of liver cancer. He remained locked away in a hospital and was the first Nobel Peace Prize laureate to die in state custody since the days of Nazi Germany.

I moved back to Vancouver this July, where I soon got a job with the Star.

I last heard from Michael in the spring, when he told me he was loving his job as senior adviser on northeast Asia for the International Crisis Group, an internationally respected NGO that examines ways to prevent and resolve deadly conflict.

The job allowed him to travel widely, speak with many people and write for a wider audience to promote peace.

Michael is emotionally very open. Many in his social circle knew that he struggled with his decision to take a leave of absence from work as a diplomat in 2016. He chose to do so because he didn’t want another posting somewhere else. He wanted to stay in China and keep learning more about the country.

In short, he was a China nerd and eager to keep learning.

“He loved China,” said Saint-Jacques. “I told him you can take a leave of absence from the government and try to find something, and good luck with your plans. And that’s why he decided to stay and enjoy living and working in China.”

Michael could not have foreseen what would happen to him. I am still hopeful that he won’t be detained for long, even though I know that the outcome could be awful.

A foreign passport can provide little protection. Just look at the case of B.C. winery owners John Chang and Allison Lu, who have been detained in Shanghai since 2016, accused of failing to pay sufficient taxes on wine shipments.

Those who track human-rights cases in China worry that people around the world are becoming numb to their concerns.

Please, pay attention to what is happening with Michael’s case. 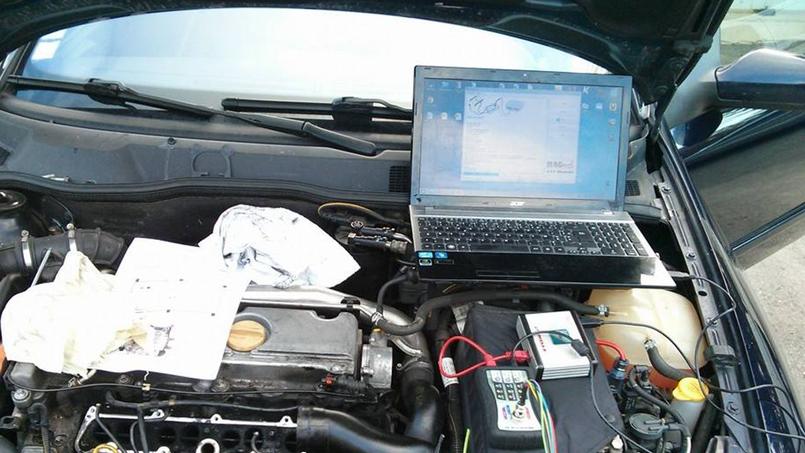